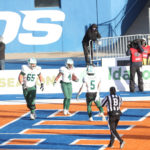 Photo courtesy of Tulane athletics Searching for its third straight bowl game win, Tulane could not complete the hat trick on Tuesday. Players missing on both sides of the ball, an entirely new coaching staff, and 30-degree temperatures apparently had more of an impact than Las Vegas suggested. Tulane arrived as a 2.5-point favorite. After an impressive but ultimately … END_OF_DOCUMENT_TOKEN_TO_BE_REPLACED 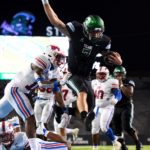 Photo courtesy of Tulane athletics For the first time in program history, Tulane will have the opportunity to earn its third consecutive bowl win on the strikingly blue "smurf turf" of Boise for the Famous Idaho Potato Bowl. Thankfully for us viewers, Tulane will be wearing white jerseys and helmets to avoid any headaches. Let's break this match-up down and discuss what the … END_OF_DOCUMENT_TOKEN_TO_BE_REPLACED