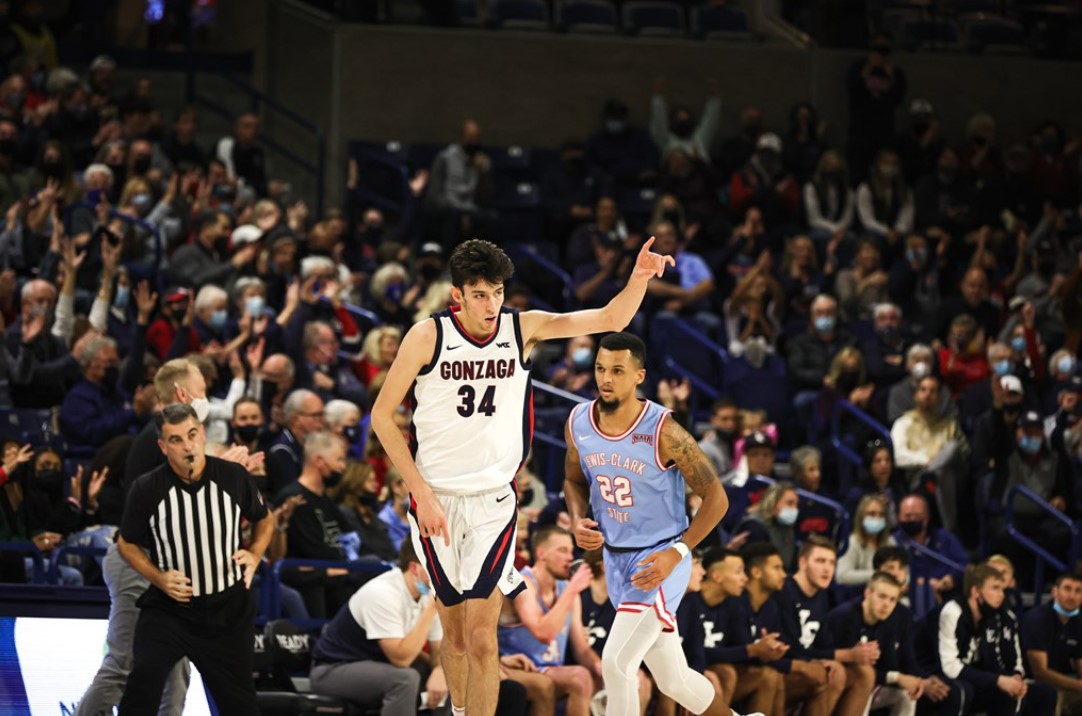 Sports and life are synonymous in the way that they intersect with one another in nearly every possible facet.

Sports and time move at the same pace and can be tracked in the same manner. Life moves on, and another season of college basketball has arrived.

With the overall success seen during the 2020-21 season, the NCAA is poised for a massive boom this season. With many rule changes and alterations to the structure of the sport, there are countless things to watch for during the early portion of the season.

Storylines will be aplenty. Without further ado, here are some of the biggest ones:

Over the course of the past few offseasons, the popularity of the transfer portal has ramped up significantly. Previously reserved for disgruntled players stuck on the end of the bench, the portal has become a haven for talented players in recent years. Coaches have become more keen on using it — not only to their advantage — but to the disadvantage of rivals.

There are some great examples of the transfer portal becoming more and more prevalent in the past offseason. Walker Kessler, the former five-star recruit for North Carolina who wowed in postseason play, announced he was leaving Chapel Hill for the greener pastures on the plains in Auburn.

He teams up with head coach Bruce Pearl and other impact transfers. Wendell Green and Zep Jasper help headline an Auburn program looking to make its mark on a suddenly very competitive SEC.

Other examples of impact transfer include Kellan Grady for Kentucky, Timmy Allen for Texas, and Qudus Wahab for Maryland. These are just some of the many transfers worth paying attention to.

Also very interesting is where these players are leaving. Programs usually see a lot of players leave following a coach exiting, but places like Utah and Pittsburgh have seen multiple players leave in favor of bigger programs without a major coaching change.

Will the Blue Bloods Rebound?

Last season was the first in decades where Duke, Kentucky, and Michigan State, three of the teams who competed in the Champions Classic, did not qualify for the NCAA Tournament. The irony is clear: 75% of the “Champions” did not even get the opportunity to compete for the actual championship.

It is completely unreasonable to assume that these programs will endure another down season. However, the programs will be under an intense microscope regarding how they recover. Their respective fan bases are as passionate as any, and they expect to win.

One down year is tough to swallow. Two bad seasons in a row may be deadly.

Kentucky has responded to its bad season very well so far. The Wildcats dominated the transfer portal and brought back multiple difference makers. Their roster is in position to be a breeding ground for NBA talent once again.

Duke has done more of the same, bringing in one of the best recruiting classes in the nation. Paolo Banchero, AJ Griffin, and Trevor Keels combine to form a deadly trio.

Blue bloods are not just recovering from bad seasons, but from surprisingly good ones, too. UCLA became one of the biggest surprises of the NCAA Tournament when it made it all the way to the Final Four before the clock struck midnight on the Cinderella run. Coach Mick Cronin returns the majority of his roster, headlined by Jamie Jaquez and Johnny Juzang.

The Bruins also have an incredible recruiting class, ranked as the ninth-best class in the country, according to the 247Sports Composite. Equally as important, the Pac-12 appears to be wide open. There are not many, if any, real contenders standing in their way in the “Conference of Champions”.

Is Gonzaga still really a mid-major? For all intents and purposes, the Bulldogs earn that distinction solely due to their conference affiliation. The Zags fell short of a national championship once again, losing to Baylor last season for the title. They lost a massive amount of talent, including Jalen Suggs and Corey Kispert to the NBA.

That being said, the truly great programs have an uncanny ability to reload year after year. Chet Holmgren, the unanimous top recruit, will be joining Gonzaga and is looking to put his skill set that has been described as “unicorn-esqe” on display.

Many other non-Power 5 programs arrive with lofty expectations. Memphis, under the tutelage of former NBA All-Star, Anfernee Hardaway, has been able to capture major commitments in the past. Emoji Bates and Jalen Duran both enter the fold in Memphis.

While there have been rumblings about Hardaway’s recruiting tactics, it is clear he has the “Midas touch” with prospects. His name recognition and track record with getting players to the next level makes Memphis an real option for big-time recruits. Bates is possibly the most hyped high school player since Zion Williamson a few seasons ago.

Bates’ skills have been compared to Kevin Durant with his lanky limbs and high motor. It is unlikely that he is the next coming of Durant, but he still oozes potential. Duran looks like a new age center: fast, smooth, and versatile. He has guarded every position with effectiveness in high school and projects similarly to Bam Adebayo with his defensive and passing upside.

Staying within the American Athletic Conference, the Houston Cougars are attempting to build off their deepest run in decades. Head coach Kelvin Sampson has done a marvelous job keeping his roster strong. He was able to convince Marcus Sasser (13.1 points per game last season) to return after a tremendous NCAA Tournament performance.

The Cougars also added Kyler Edwards from Texas Tech. He becomes one of the best all-around scorers in the conference. This amount of talent sets up a huge power dynamic between Houston and Memphis.

Other mid-majors to keep an eye on include St. Bonaventure’s, Connecticut and Colorado State. These teams all return their respective point guards to provide stability to their rosters.

For all the anticipation there is for the upcoming season, there are so many interesting things to look for this season. In an accompanying piece, predictions for awards and conferences will be discussed, but these are the biggest storylines to look for early in the season.

College basketball is back. With it comes all of the fanfare and excitement as any season in the past.