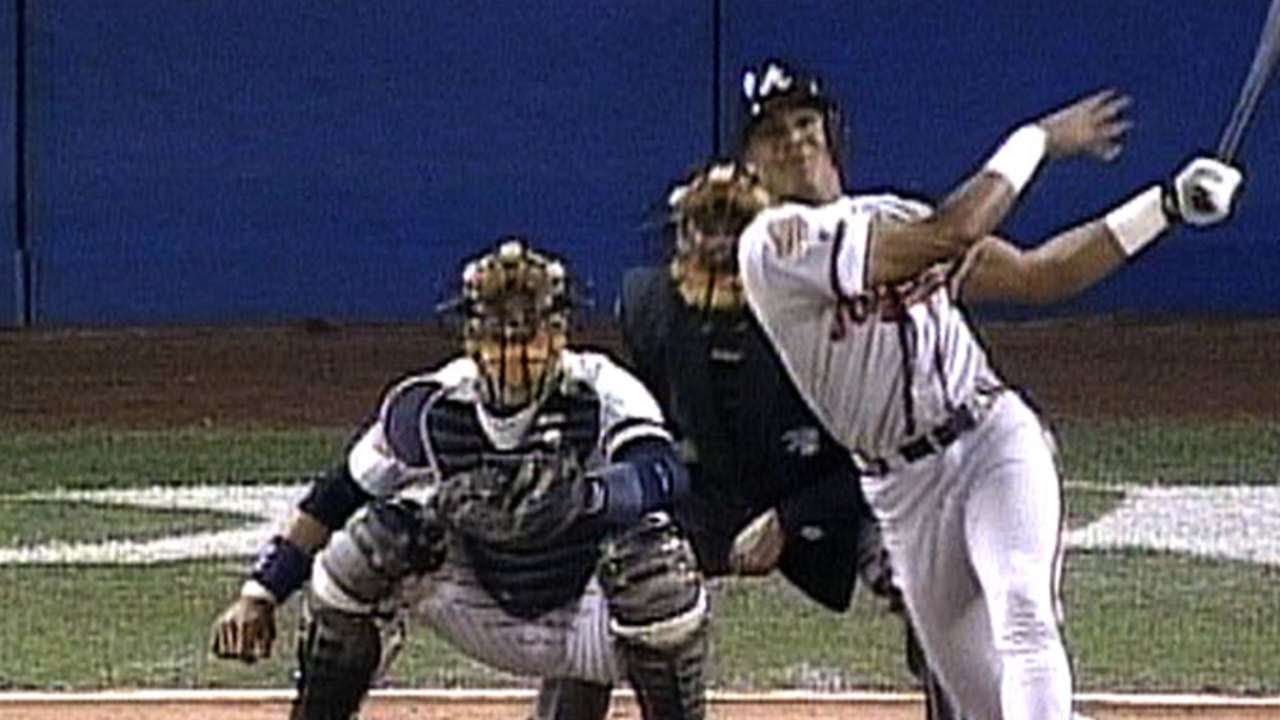 Andruw Jones was born on April 23, 1977, in the capital city of Willemstad on the Caribbean island nation of Curacao.

Curaçao is an island located in the Caribbean; it’s 171 square miles in size, with a population of approximately 150,000. With six current Major League Baseball players who call the island home, that’s one Major Leaguer for every 25,000 citizens.

Jones played 17 seasons, most notably with the Atlanta Braves. A Gold Glove winner every year from 1998 through 2007, Jones was a five-time MLB All-Star. In 2005, Jones claimed both the Hank Aaron Award and Silver Slugger Award.

Jones made his Major League Baseball debut during the 1996 season with the Atlanta Braves. In the 1996 World Series, he became the youngest player ever to hit a home run in the postseason, breaking Mickey Mantle’s record. Then just 19 years old, Jones became just the second player ever to homer in his first two World Series at-bats.

An Inspiration to a Nation

Now imagine, an entire island’s population tuning in to watch Curaçao’s Major Leaguer — their Major Leaguer — put on a show on American baseball’s biggest stage. Children watched with bewildered eyes that later turned to big-league dreams. Parents and grandparents finally had a tangible dream to give to their children and grandchildren. If 19-year-old Andruw can do it, why not you?

Players from the island have said as much.

“To see Andruw hit two home runs in the World Series in 1996 started hope that if he can make it why not us?”, closer Kenley Jansen told “La Vida Baseball” prior to the 2017 World Series.

But inspiration from Jones wasn’t restricted to the television showing highlights from a faraway diamond. During his playing career, he created a youth baseball tournament on his native island of Curaçao. The league’s champion would earn a trip to Atlanta to see Jones play for the Braves during his playing career.

The tournament’s control has since been handed over to Jansen. Didi Gregorius is the only current MLB player from Curaçao, who did not participate in Jones’ tournament.

The small Caribbean island is small enough to where citizens “know everybody”. If they don’t know you personally, they know someone who knows you. It has an overwhelming feeling of family, where if someone makes it, everyone makes it.

Today, the island is known internationally as a baseball hotbed. Why now? The people haven’t changed.

All it took was a 19-year-old kid from Willemstad to put on a show to inspire the island to manifest what had always been inside them. Jones showed the island what it was capable of.

The island shifted from predominantly soccer nation to a primarily baseball nation. Jones did that. He changed the culture of an entire island nation — a culture change that has given a prideful population a newfound, international pride.

Baseball’s now a way of life for many kids on the paradise-like island 37 miles north of Venezuela. There’s one man to thank.

His name is Andruw Jones.