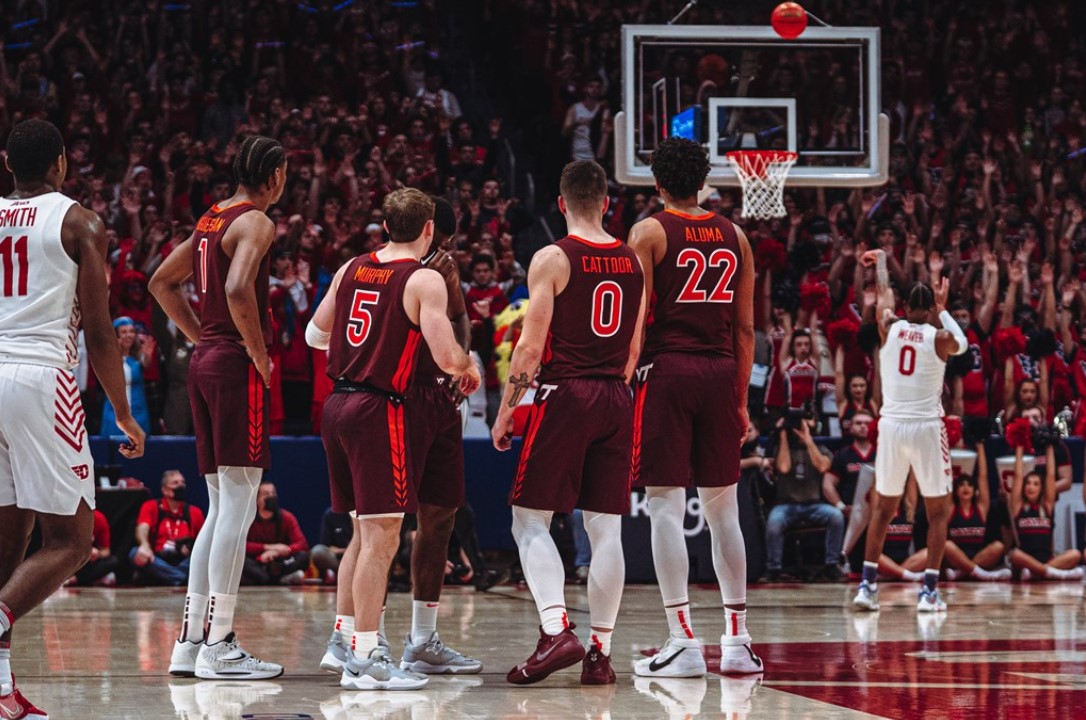 Time is ticking away for head coach Mike Young and Virginia Tech.

The Hokies (7-4, 0-1 ACC) haven’t quite lived up to expectations, and have embarked on a gruesome non-conference stretch in which they’ve dropped four out of their last six. That included a blowout home loss to a lively Wake Forest team.

Virginia Tech’s challenged itself in the non-conference; there’s no doubt about that. But somehow, someway, the Hokies have to avoid putting themselves in a hole before the end of the calendar year.

A big time win over St. Bonaventure (8-2) can certainly do just that, as Young’s team searches desperately for a quality out-of-conference win before ACC play kicks into gear.

Most throughout the college basketball landscape could’ve never dreamed of Virginia Tech struggling this much early on in the 2021-22 campaign.

But with the lack of quality victories and a weak ACC, the Hokies need wins to get back into the NCAA Tournament picture, and fast.

It’s Duke, then it’s North Carolina, then maybe Wake Forest, and everyone else in terms of the best teams currently in one of the weakest versions the league has ever seen. With Tech traveling to Tobacco Road next to face both Duke and North Carolina, it’s crucial to capture some sort of security blanket before next week’s trip to Cameron Indoor Stadium.

So what’s up with the Hokies?

Slow starts in each halves, ineffective point guard play, sloppy ball handling, and an inability to create its own shots are what’s plaguing Virginia Tech.

Dismal starts to both halves had Tech down as much as 18 at one point. While it slowly mounted an attempt at a comeback, it was too little, too late against a pesky Flyers’ defense.

Can Keve Aluma deal with guys bigger than him down low? Can Storm Murphy continue to adjust to the Power 5 level? If not, is Young willing to rotate Murphy and true freshman Sean Pedulla throughout the rotation?

It’s the questions Hokie fans are all wondering.

We’ll likely get more of an answer on Friday afternoon against another old Atlantic 10 foe in Uptown Charlotte — all a part of the Naismith Basketball Hall of Fame Shootout.

It’s not too often that you see a team pencil five seniors into the starting rotation, but that’s exactly what St. Bonaventure does under longtime head coach Mark Schmidt.

That group is no stranger to success either. The Bonnies won the Atlantic 10 just a season ago, and were picked to repeat this season while starting in the preseason AP Poll.

On the contrary to Virginia Tech, Schmidt’s team has had a solid non-conference showing, with wins over Clemson, Marquette, and Boise State to show for it en route to sweeping the annual Charleston Classic.

Losses to Northern Iowa and then-No. 15 Connecticut stand alone as the only trip-ups, but a talented, stacked roster is more positioned to make up for it.

The Bonnies have been without leading-scorer Kyle Lofton due to an ankle issue. But guard Jaren Holmes has certainly stepped up in his absence, matching Lofton’s average at 17.4 points per game.

The one thing about the Bonnies is that they’re not as big as many other teams the Hokies will end up facing. So look for Aluma to have a solid interior performance against a team that doesn’t feature a single member over 6-foot-9.

This one can teeter-totter you.

On paper, the Hokies seem to be a better team. Performance-wise, St. Bonaventure has been by far all season long.

However, because of the size advantage for Virginia Tech, and what should be a fairly pro-Hokie crowd in Charlotte, we’ll bet on the maroon and orange to pick up a huge victory in its non-conference finale.