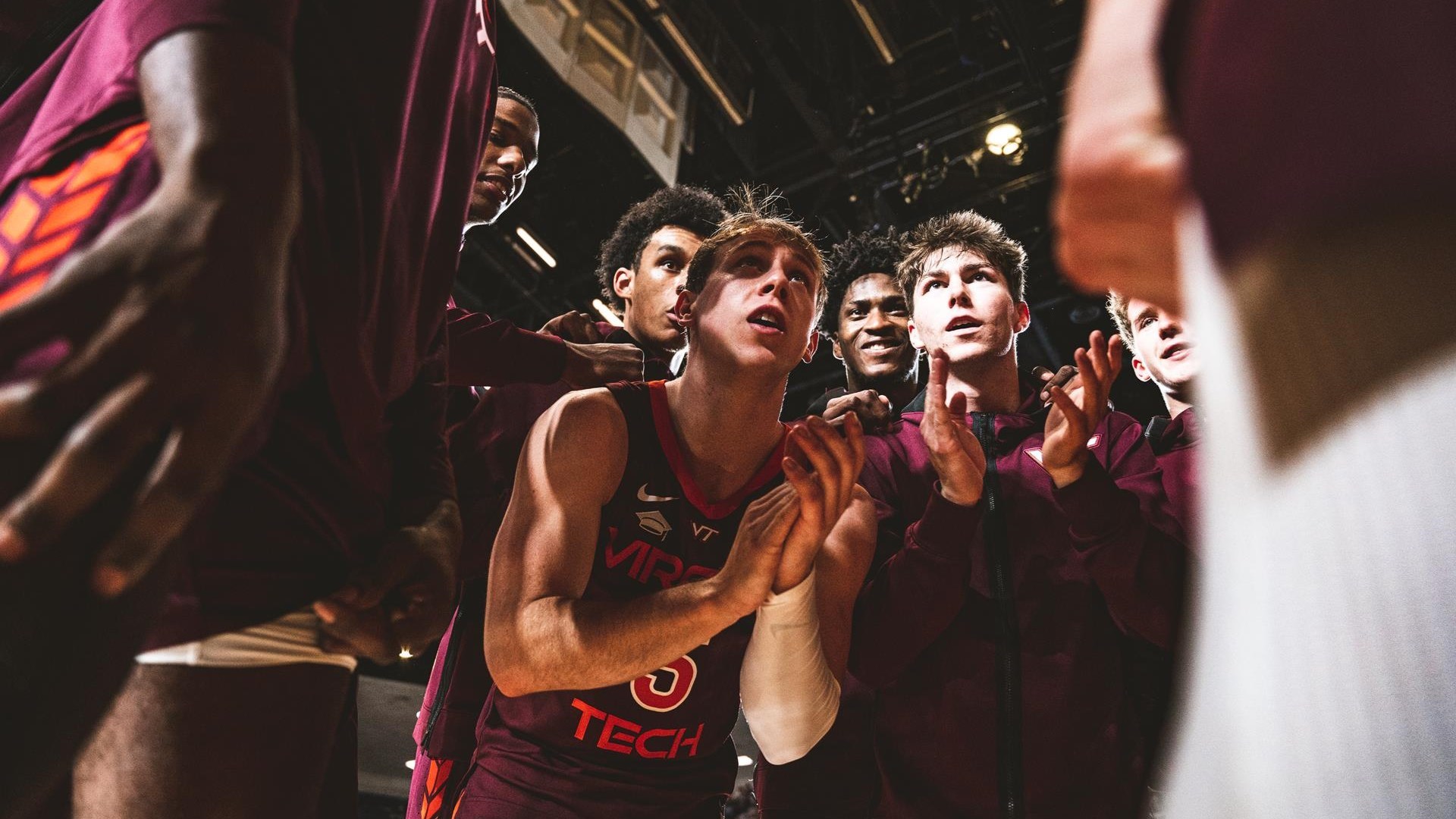 It seems like a common occurrence each and every Thanksgiving that Virginia Tech knocks off a highly-ranked opponent.

Two years ago? No. 3 Michigan State in Maui.

Last year? No. 3 Villanova in at the “Bubbleville” site up in Connecticut.

Who could be next? Naturally, it could be the No. 9 Memphis Tigers — a team that comes in with lofty expectations for the 2021-22 campaign, and boasts a slew of freshmen talent on the floor.

It’s not like the Hokies (5-0) are going to back down. It’s fair to say head coach Mike Young’s bunch is ready to prove a hot early season start can translate to greater competition, and what better opportunity then to knock off a Memphis (4-0) team looking to do the same as part of the NIT Season Tip-Off.

It couldn’t have been a better start for Virginia Tech more than halfway through November.

Not only does Virginia Tech spread the floor well, they’re smooth, rhythmic, and feature superb ball movement all while putting together an entertaining product. It’s been a treat to watch if you’re a Hokie fan.

Additionally, Young’s team has held each of its five opponents to under 40% from the floor, turned each over a multitude of times, and have kept three of those foes under 50 points.

Everyone knew this offense would be good, but when the defense has looked as suffocating as it has early on in the season, that’s got to make the Hokie head whistle sleep well at night.

Now, the majority of the teams that Virginia Tech has faced have been teams coming from the low-major ranks. That’s still encouraging to say the least.

That’s another reason why the Hokies want to get Keve Aluma going. The preseason All-ACC selection has struggled at times to get on the scoreboard in the juvenile stages this year, but he still leads the team in scoring averaging just over 12 points per game.

The trio of Wofford transfer Storm Murphy, Justyn Mutts, and Nahiem Alleyne have also been averaging double-figures, so it’s fair to say that Virginia Tech’s been spreading the wealth in terms of scoring.

This Hokie team is the first since 1944 to defeat their first five opponents by 20 points or more, but this is a different animal.

We’ll see if Virginia Tech is ready to take the step up.

It’s been an unconventional route for fourth-year head coach Penny Hardaway to take the reins as head coach of the Tigers.

The Memphis native and former NBA guard has quickly turned his alma mater into one of the most up-and-coming programs in the country, and it shows with the personnel he’s put on the floor.

Let’s start with true freshmen Jalen Duren and Emoni Bates. Duren, a 6-foot-11 forward from Philadelphia, has been averaging a double-double so far this season.

The former Montverde Academy star has put up 15 points a contest, and nearly 11 rebounds, including a 19-rebound performance for the Tigers earlier this season.

Then you have Bates, another force down low averaging just north of 13 points per game, and another physical forward that Hardaway’s team possesses.

Then of course, you have former Virginia Tech guard Landers Nolley. The Virginia Tech transfer has averaged eight points of his own early on in the campaign, and it’ll be interesting to see how guys like Alleyne and Hunter Cattoor post up against their ex-teammate.

It’s also going to be crucial for Aluma to be all over the boards in the paint. If the transfer from Wofford can do that, the Hokies will have a real shot to knock off their old Metro Conference rival.

It’s so hard to tell early in the season.

Virginia Tech has a legitimate chance to put the nation on notice and take down Memphis, but the Tigers’ depth and physicality down low will be too much for the Hokies.

Memphis gets a big quadrant one victory early in the season at the Barclays Center.