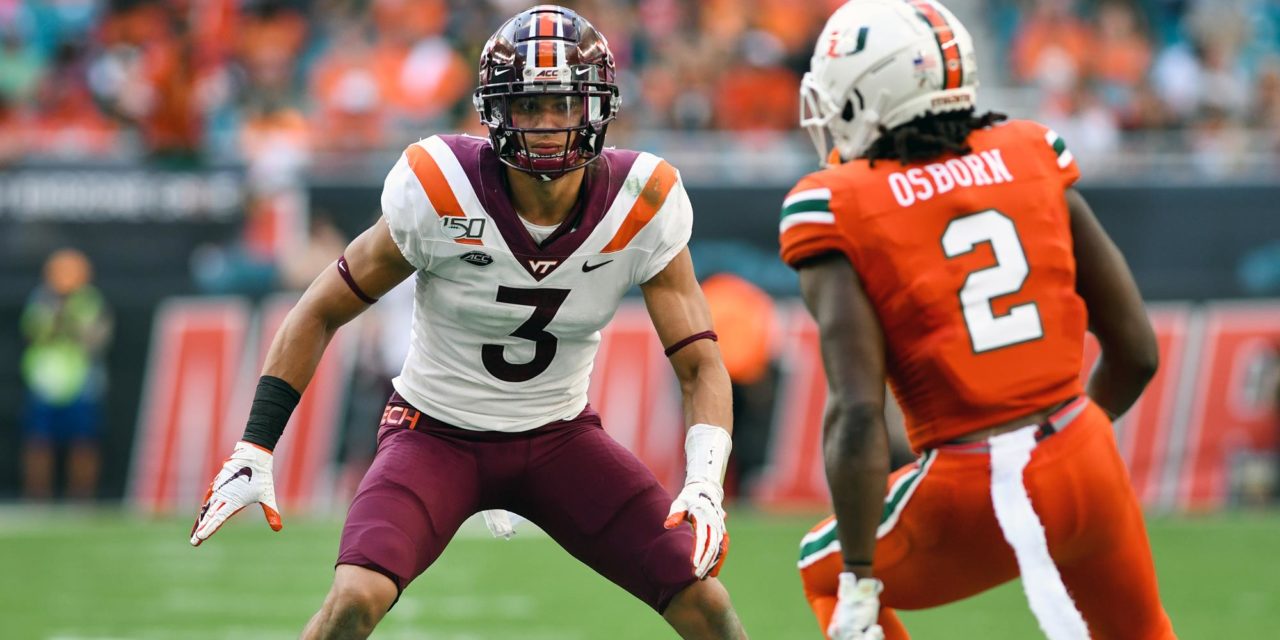 When the last weekend in April rolls around every single year, there’s a sense of hope and opportunity for not just the National Football League, but college football as well.

It’s satisfying seeing the nation’s brightest stars move on to the next level to endure their next chapter of life – making millions of dollars playing the game the love and suiting up every Sunday in the fall.

This weekend in Cleveland, Ohio, we’ll see 259 young men’s dreams come to fruition. We’ll see 32 teams in the NFL bulk up their roster with the game’s up-and-coming stars as they begin to prepare for the 2021 season.

That’s the other thing: we get a draft in person! We don’t have to deal with watching Commissioner Roger Goodell making picks from his suburban New York basement.

As for Virginia Tech, we should see quite a few Hokies come off the board this weekend. There is a potential of for two top-20 picks for the first time in program history.

It’ll be a contrast of the last two years as well. Virginia Tech didn’t have a single draft pick for the first time since 1993 in 2019. Tight end Dalton Keene was the lone Hokie taken last year when he was selected by the New England Patriots in the third round.

There are currently four out-goers in Blacksburg projected by ESPN to be plucked by NFL teams this weekend. So why not break them all down as if NFL teams were looking for a profile? We’ll also look at some potential draft dark horses, and ones that could be scooped up following the draft as undrafted free agents.

So who’s going off the board tonight? Let’s start there.

ESPN Pick Projection: No. 8 to the Carolina Panthers

FQ Pick Projection: No. 16 to the Arizona Cardinals

Arguably the best cornerback in Blacksburg since Kyle Fuller could go off of the board fast. It really depends on how teams view him coming off of back surgery. Farley opted out of the 2020 season to begin preparing for the draft.

Farley’s a play maker. He has good size, good versatility, and elite athleticism. Farley came to Blacksburg as a high school quarterback.

After redshirting 2017 with a torn ACL, the Hickory, N.C. native had a breakout 2018 season after moving positions again — this time from wide receiver to cornerback. He recorded 36 total tackles, 29 solo tackles, and two interceptions as a redshirt freshman. Both interceptions came in his collegiate debut – a 24-3 Labor Day victory at Florida State.

A first-team All-ACC selection in 2019, Farley recorded 20 total tackles, 14 solo, while adding four interceptions. That included an interception return for a touchdown in the 45-0 beatdown of Georgia Tech in Atlanta that season.

He missed the first couple of games due to back spasms in 2019, not playing until late October in the thrilling 6-overtime victory over North Carolina. He then went on to again miss time at the end of the season. Farley appeared in neither the 39-30 loss at Virginia, or the Belk Bowl loss to Kentucky.

No. 8, per ESPN, seems high. It seems more than likely that Farley has slid down the draft board with the many question marks mentioned above. He’s also really only played one full year of college football; he is a gamble type of pick if you’re an NFL general manager.

ESPN Pick Projection: No. 14 to the Minnesota Vikings

FQ Pick Projection: No. 19 to the Carolina Panthers (via Washington Football Team)

Christian Darrisaw was a flyer out of high school. Now, he’s about to become a top-20 NFL Draft pick.

Yes, the Hokies were Darrisaw’s only Power 5 offer. He ended up being a home run for head coach Justin Fuente and offensive line coach Vance Vice.

Listed at 6-foot-5 and 314 pounds, Darrisaw moves extremely well, and is as physical as anyone in this year’s draft. If you watch film, you see the way he moves and the way he attacks. Darrisaw screams “high-level draft pick.”

He very well could be picked higher than Farley. With the question marks that surround the star corner, it may be a safer bet to say that Darrisaw comes off the board first, but we shall see.

The value of a strong left tackle in the NFL is priceless. There’s certainly a wide market for the Virginia Tech standout.

The Los Angeles Chargers at No. 13 are an option; the Minnesota Vikings at No. 14 are as well. Our own Bobby Bishop has the Panthers and Washington Football Team swapping first-round picks, so Carolina could be there at No. 19.

We’d be shocked if he gets past the Chicago Bears at No. 20. All four of those teams have a strong need for a player of Darrisaw’s caliber.

This will be the third time the Hokies have had two first-round picks in program history. D’Angelo Hall (No. 8 overall) and Kevin Jones (No. 30 overall) were the first to do so in 2004. The Edmunds (No. 16 and 28 overall respectively) brothers — Tremaine and Terrell — followed suit in 2018.

ESPN Projected Round: 4th Round

If any Hokie has climbed the draft boards recently, it’s Divine Deablo.

Deablo may be one of the harder hitters Virginia Tech has had under Fuente. It wouldn’t be surprising to see him jump as high as the top half of the third round.

The Winston-Salem, N.C. native has been around all five years of the Fuente era. He got a cup of coffee in 2016, before missing most of 2017 with a foot injury suffered in an early-season shutout of Old Dominion.

The converted wide receiver became a regular in 2018, totaling 54 total tackles in his first full year at the safety position.

He broke out in 2019, totaling 84 tackles, 42 solos, and one interception during a 9-4 campaign for the Hokies. Deablo rounded out his college career with a solid 2020, adding 55 total tackles, 32 on his own, and hauling in four interceptions. That included one off Clemson quarterback and projected No. 1 overall pick Trevor Lawrence.

He really shined at the Reese’s Senior Bowl, and throughout Virginia Tech’s Pro Day. Deablo ran a 4.42-second 40-yard dash to go with a 34-inch vertical leap. Those are impressive statistics for a 6-3, 226-pound body. Deablo has great size for a player at his position.

For the range Deablo is projected to be drafted, he can stand out. He’s got a chance to be a career pro. Teams would be foolish if they continue to pass on him.

ESPN Projected Round: 6th Round

He’s not in Kansas anymore.

Khalil Herbert broke out for Virginia Tech after transferring over from the Jayhawks.

He had a really odd career while in Lawrence, suiting up for head coaches David Beaty and Les Miles, pairing with fellow back Pooka Williams to create what should’ve been a solid 1-2 punch in the backfield for the Jayhawks. To everyone’s surprise, Kansas football makes another mistake.

Herbert totaled 189 yards on 44 carries while adding three touchdowns his freshman campaign. He followed that up with 663 yards on 120 attempts with four touchdowns in 2017, including a 291-yard performance at West Virginia. Herbert rushed for 499 yards and five touchdowns on 133 attempts in 2018.

He again showed glimpses in 2019 during an injury-riddled final season in Lawrence where he only played in four games. A breakout 187-yard performance at Boston College showed his capabilities.

He then transitioned to Blacksburg, which may have been the best move of his football career. At Virginia Tech, he absolutely went off.

The Fort Lauderdale, Fla. native rushed for 1,182 yards in his only year suiting up for the Hokies, becoming the primary back. Herbert recorded eight touchdowns on 154 attempts in only 10 games.

The bad news for Herbert is that this draft class is stacked with running backs.

Travis Etienne of Clemson, Najee Harris of Alabama, Javonte Williams and Michael Carter of North Carolina, Kenneth Gainwell of Memphis, and Trey Sermon of Ohio State all may be looked at higher than Herbert.

The size may be concerning at only 5-9, but his speed makes up for it. Herbert would be a nice grab as a backup back for any team in the NFL.

All three of these guys are very unlikely to be drafted. But that doesn’t mean a team won’t invite them to an NFL camp.

Hewitt, another Florida native, put up a solid 2020 campaign with 31 tackles, 13 solo, and 5.5 sacks for a solid Virginia Tech front.

Justus Reed, yet another Florida native, helped him out there as well. A seventh-year graduate transfer from Youngstown State started his career playing for his hometown Florida Gators. His play for the Penguins resulted in his return to the Power 5 level. He posted 29 tackles with 17 solos and 6.5 sacks in a decent lone season with the Hokies.

Rayshard Ashby rounds the NFL hopefuls out after a strong collegiate career at the linebacker position for Virginia Tech.

He took a step back in 2020 though, totaling 69 total tackles to his previous 119 in 2019. That may hurt his chances. But if Ashby can continue to improve his tackling and overall movement toward the ball, the Chesterfield native may very well help out a team in an NFL camp. 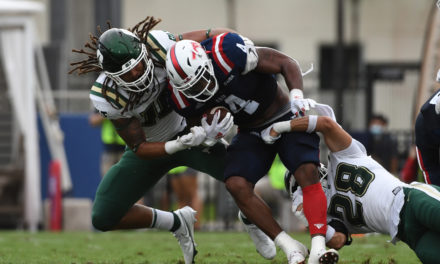 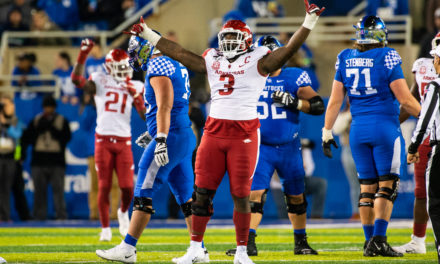 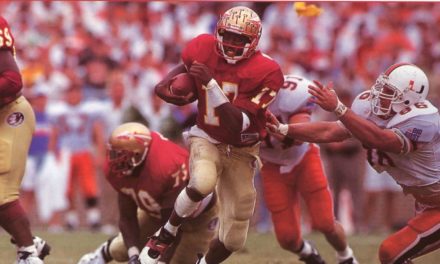 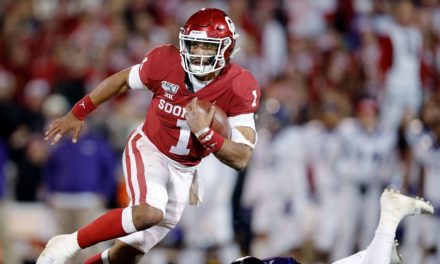