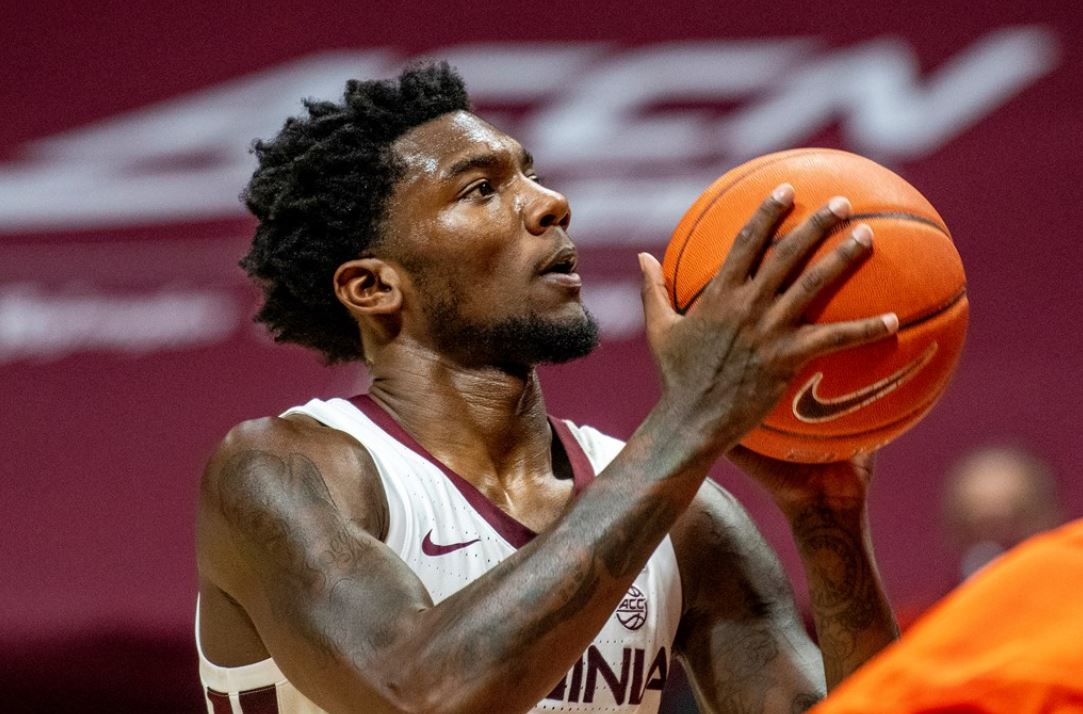 What a start for the Virginia Tech Hokies. Two months into the 2020-21 season and Mike Young’s ball club finds itself as the highest-ranked ACC team in the AP Poll.

Young’s team has been topping many ACC power rankings around the country; that includes our own here at Fifth Quarter.

Now, the Hokies are tasked with facing a talented Louisville team yet to hit its stride. An interesting match-up is set to take place at the KFC Yum! Center, as the Hokies and Cardinals will duke it out on Wednesday night to remain atop the standings in the ACC.

A House Of Horrors

2021 is off to a great start for Virginia Tech (8-1, 2-0 ACC). Unfortunately for the Hokies, they’re walking into a nightmare that sits on the Ohio River. That nightmare is the KFC Yum! Center — a place where Virginia Tech has never won.

Louisville has dominated the overall series at a whopping 35-8 mark, and hasn’t lost to the Hokies since 1991, securing 16 straight wins and a perfect record against Virginia Tech since joining the ACC in 2014. The Cardinals are “that” team for Virginia Tech, but the Hokies may have a legitimate shot to get that monkey off their back this evening.

Aside from a head-scratcher to Penn State, the Hokies have looked fantastic.

No. 19 Virginia Tech may come off a little rusty after having not played for more than a week due to its most recent game against Virginia being postponed, but the likes of Keve Aluma will try to keep that from coming to fruition.

Aluma looked like a man on a mission in the Hokies’ most recent 80-78 win over Miami, totaling 26 points – with 19 in the first half – and six rebounds. Tyrece Radford and Justyn Mutts nearly added double-doubles in the Virginia Tech’s nail-biting victory.

They’ll need that effort to continue if the Hokies are to finally win in Louisville, but that task will be tall.

Louisville has had a solid, but confusing beginning of the season under third-year head coach Chris Mack. It comes in 7-1 after a 76-64 victory at Boston College, and has looked fairly dominant for the most part of the young season.

The Cardinals’ lone loss however, was an 85-48 embarrassment to Wisconsin. Louisville was missing multiple starters in that one and failed to get in any rhythm all night long.

The guy Hokie fans need to watch out for is someone who just played his last four collegiate seasons right in their backyard. Radford transfer Carlik Jones is the alpha for Louisville, averaging a team-high 16.4 points per game. That’s good for 10th in the ACC.

David Johnson is another guard that Young’s crew needs to find a way to contain.

For the first time since taking on Villanova, Virginia Tech really feels like the underdog.

The Yum! Center certainly has not been kind to the Hokies, and that trend will continue this evening. Louisville will begin to start to play more towards its capabilities and pick up a big home win over Virginia Tech.

Following the Hokies’ return home from “The Bluegrass State”, they´ll get set to take on Notre Dame at Cassell Coliseum this Sunday at 6 p.m. ET.

That game will also be televised on the ACC Network.