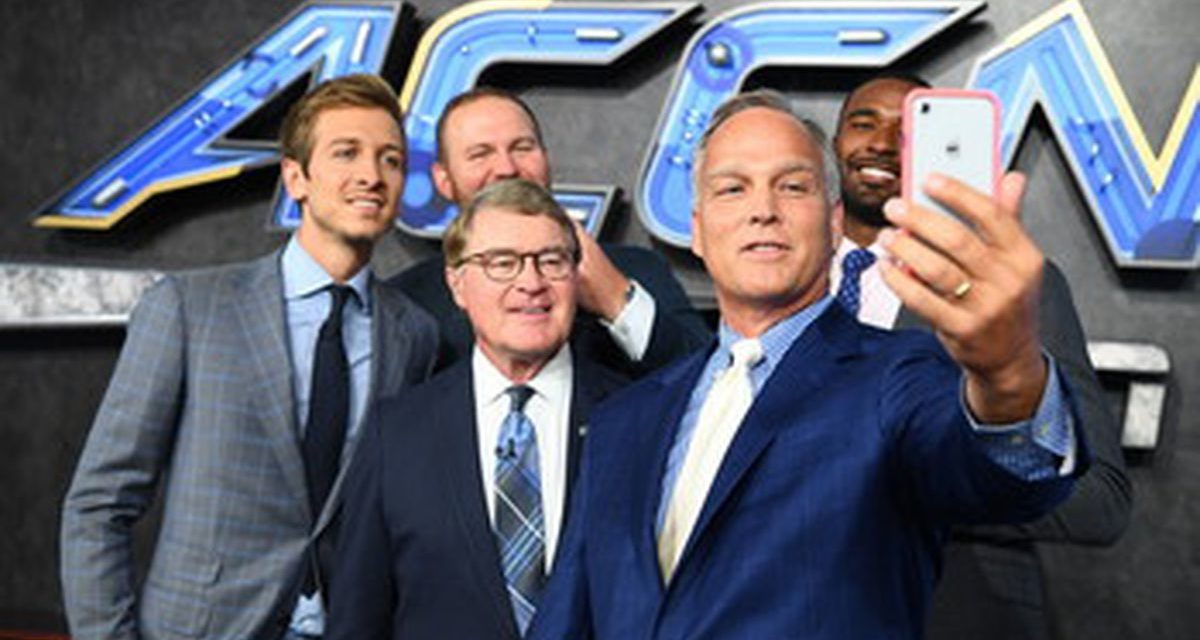 That’s how long we are from Virginia Tech opening its 2020 season inside an empty Lane Stadium against in-state rival Virginia. That also means we’re headed into the second season of football on the ACC Network.

At a Wednesday Zoom conference, former Florida State and NFL quarterback EJ Manuel, former Clemson offensive lineman Eric Mac Lain, and former Georgia and Miami head coach Mark Richt — all analysts for the network — met with the media. The three analysts broke down their feelings on how the 2020 season would shake out, which included weighing in on the Justin Fuente-led Hokies.

The accomplished trio discussed a number of things. Including Hendon Hooker, Raheem Blackshear, Justin Hamilton, and more on the Hokies for 2020.

After legendary defensive coordinator Bud Foster called it a career after 33 seasons at Virginia Tech, with 25 as coordinator, Fuente replaced Foster with a familiar face.

Former Hokie safety and safeties coach Justin Hamilton was chosen as the replacement for Foster. This was a surprising move for many. Fuente bypassed big names such as Torrian Gray and Barry Odom to stay in-house for Hamilton.

“It shows faith and confidence,” Richt said of the move.

The former head coach mentioned the advantage of not having to change the whole system. He also noted how it might help the current players that are used to such a traditional defense. Having someone that knows and appreciates the “Lunch Pail” tradition and has been around will certainly work in the Hokies’ favor, according to Richt.

On Wednesday, Fuente officially named Hendon Hooker the starting quarterback for the Hokies’ opener on Sept. 19 against the Cavaliers. This was something Manuel grinned ear to ear about. Manuel, a former quarterback in the ACC himself, called Hooker “a dynamic player” a few weeks back. He followed up with more praise for the Greensboro, NC native.

“This year is going to be a big stepping stone for Hendon,” the Virginia native and former ACC championship-winning quarterback said. “Virginia Tech’s offense is completely different with Hendon Hooker at quarterback.”

The former FSU quarterback said he was surprised there was even a competition at the position for the Hokies.

The competition was real and authentic for the Hokies however. Fuente also announced on Wednesday that Oregon transfer Braxton Burmeister will also see some reps behind center for the Hokies. Redshirt sophomore Quincy Patterson is also waiting in the wings for Virginia Tech.

“When you talk to guys within the program, it’s unbelievable that all three are playing well,” Mac Lain, a former team captain at Clemson, said. He did say however, that he was not a fan of playing multiple quarterbacks as it could “cause the starter to lose confidence by always looking over their shoulder.”

Mac Lain did say he understood the competition though. He added that it can allow quarterbacks to grow and push themselves to be the best they can be, describing it as “breeding quarterbacks.”

In the past, getting a waiver for players transferring into Virginia Tech has not been an easy process. This year however, the dice rolled in Fuente’s favor.

After at first being denied eligibility for the 2020 season, star running back and Rutgers transfer Raheem Blackshear won his appeal. He is now preparing to suit up against the Cavaliers.

Blackshear is set to be a huge difference-maker this year for the Hokies.

“They were hoping and praying he could play,” Coach Richt chuckled. “It’s huge they got him eligible.”

Mac Lain added to that, expressing his excitement for a triple threat with Blackshear, Kansas transfer Khalil Herbert, and Keshawn King in the Hokies’ run game.

“It’s going to be a lot of fun to see how these running backs bounce energy off each other,” Mac Lain said.

“Their running backs have always been talented,” Manuel said. “This year is a whole different dynamic.”

It’s fair to say, the hype is real for the Virginia Tech running game.

Hoffman Puts On The Hard Hat

Hokies fans will also be pleased how Richt, Manuel, and Mac Clain feel about the 2020 Hokies.

“What they have coming back is tremendous,” Mac Lain stated. The Hokies return 18 of 22 starters on offense and defense. The former offensive lineman also mentioned what he likes about the Hokies that no one else is talking about.

Mac Lain raved about the offensive line, praising Coastal Carolina transfer Brock Hoffman for what he will add up front. He also mentioned that he has the Hokies’ offensive front ranked fourth in the ACC, behind Clemson, Notre Dame, and Boston College.

Mac Lain also praised linebackers Rayshard Ashby and Dax Hollifield, calling them, “the backbone of the defense.” The analyst stated confidence that those two guys will be their ones to carry out Foster’s legacy. The energy as well at the linebacker position, can not be beat.

“It’ll be interesting to see how their defense fairs without Bud,” Richt said. “They’re talented though, and they can always compete with anyone.”

Manuel closed things out by saying to watch out for the Hokies in 2020. The former FSU quarterback had the highest praise of any for Virginia Tech.

Manuel had the Hokies as his Coastal division favorites prior to the new format.

“Things can be pretty special in Blacksburg this year,” the Virginia native said.

Cover Virginia Tech Athletics and the New York Yankees for Fifth Quarter. Find my work at FQVT and FQ Yankees. Email me at carterhill@mcps.org or find me on Twitter @cbhill_03 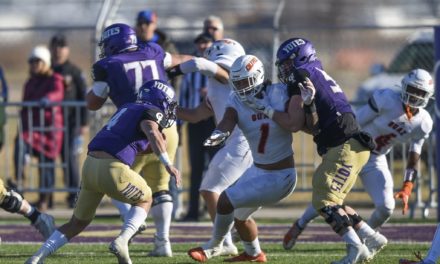 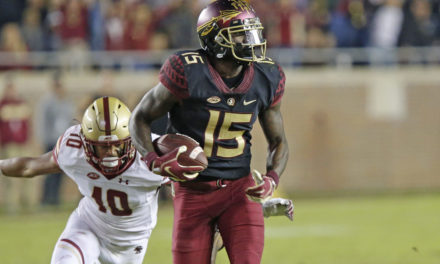