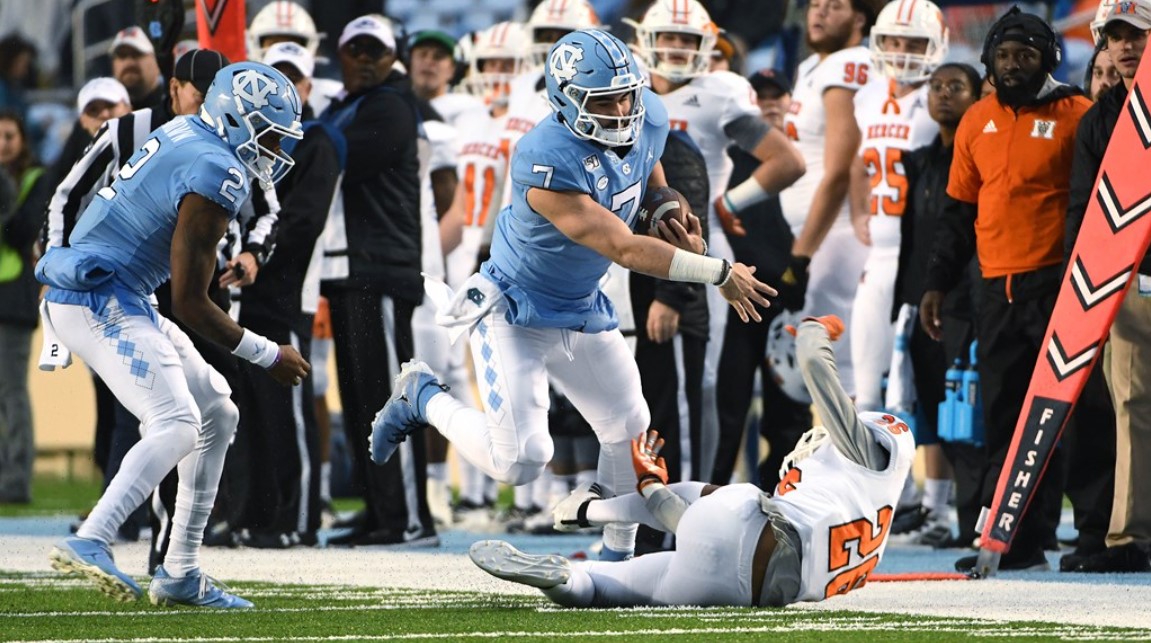 March 2022 will be the next calendar month where football isn’t featured.

Every time the month of August comes around each year, a general excitement is felt in the air. The 2021 college football season just weeks from being upon us.

The start of college football season is always a special time year in and year out. The tailgates are back, the fall weather returns, and fans are jammed in after a want-to-forget pandemic riddled 2020 season.

With fall camp set to get underway across the country, we figured it’s also that time of year to lay out our projected ACC Coastal division standings.

We’ll divide it up into tiers, laying out which teams have the best chance to take home the division crown in groups. We’ll then continue with the Atlantic.

The “Coastal Chaos” is sure to appear once again this season. One of these teams will break the ice after the division featured seven different champions in seven straight seasons from 2013 to 2019. The road to Charlotte begins now.

A reason why this division is up for grabs? It’s a quarterbacks division with three top-tier signal callers. What better one to start with than North Carolina’s elite Sam Howell.

Now, the Tar Heels are certainly a beatable team. They aren’t Clemson. But with Howell, a potential Heisman Trophy contender behind center for head coach Mack Brown, it’s hard to pick against North Carolina.

The offensive line also returns almost the entirety of its 2020 rotation. The defense may be one of the better ones we’ve seen in years in Chapel Hill.

There are some deficiencies for the Heels that make them vulnerable. Yes, Brown and his coaching staff have done quite an impressive job recruiting since he arrived back on campus for his second stint in December 2018. But even after adding a plethora of four-star offensive talents, it’s hard to replace what North Carolina ran out there just a season ago.

The running game features plenty of new faces after the losses of perhaps the best running back pair in college football in Javonte Williams and Michael Carter. North Carolina does soften the blow with the addition Tennessee transfer Ty Chandler.

The receiving corps also loses big targets Dazz Newsome and Dyami Brown — another duo regarded as one of Carolina’s best of all-time.

Overall, the Tar Heels will chalk up losses to both Pittsburgh and Notre Dame on the road before they surprisingly fall to NC State in Raleigh in the regular season finale. After all, this is a similar type of team that lost to two lowly schools in Virginia and Florida State last season.

We still have our doubts about North Carolina. But we still see Howell leading the Heels to that big win they need over Miami in Chapel Hill to win their second-ever division title. It would be the first since 2015.

Let’s talk about another dynamic quarterback in the ACC Coastal division.

Assuming D’Eriq King is able to recover well from that ACL tear he suffered in Miami’s Cheez-it Bowl loss to Oklahoma State back in December, the Hurricanes have a chance to be really good.

The majority of King’s top targets who contributed to his 2,686 yards in the air are back as well. While tight end Brevin Jordan left for the NFL, both Mike Harley and Mark Pope return. Running back Cam’Ron Harris also returns. The Opa Locka, FL native finished with 643 yards rushing and 10 touchdowns in 2020.

The defense holds some big question marks with the departures of both Jaelan Phillips and Quincy Roche. Outside of the defensive front, there were holes for Miami on that side of the ball. Linebacker Zach McCloud could be a difference-maker if able to perform to his potential.

Manny Diaz’s team’s schedule points to 9-3. An inevitable loss to Alabama kicks off the season. The Hurricanes will suffer a surprising defeat to Florida State and a costly loss in Chapel Hill. The latter will prevent them from making another appearance in the ACC Championship.