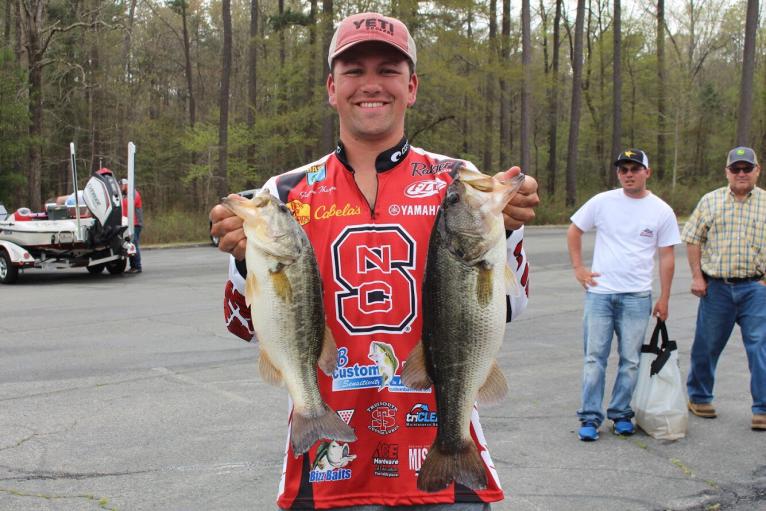 In the second part of a 2-part interview, we spoke with Gilliam Tharpe.

Tharpe is the president of NC State’s bass fishing club, BassPack. In the first part, we asked Tharpe about some of the challenges associated with the club.

In the final of two parts, we ask more about the sport specifically and the strategy behind it:

6. For people who don’t follow the sport closely, what’s the process for a team to qualify for the national championship tournament?

So there’s three leagues basically: FLW, BASS and Boat US. All three have qualifying events and certain criteria you can meet to qualify. For us last year, we made a top 25 out of a 250 boat field (finished ninth to be exact) and that punched our ticket. Most leagues have between two to four chances to qualify in a season.

7. OK, so qualifiers are sanctioned by one of those three leagues. And I know y’all do club tournaments. Are there any other events you do throughout the season?

Boat US does “big bass events” where you can’t qualify for a national championship, but go and try to win all kinds of prizes. We’ve had people do them before.

We pretty much let the club members decide amongst themselves. Everyone is different; sometimes, you’ll have two people who only fish with each other — no exceptions because they are just used to that partnership. Other people just want to travel and take a different guy every time depending on who’s free. Then you have the “my way or the highway” people, and it can be tough to find a good match for them. But it’s really an ever-changing thing.

9. Do you have any good stories from events during your time in the club?

So this story is really a lot of stories in one. But to summarize, my freshman year, we had 16 guys stay in one house with two bathrooms over spring break at Kentucky Lake. Some of the things that the week included were unbelievably dangerous fishing conditions that resulted in myself and my partner almost sinking my boat/getting stranded. We had a guy catch a fish around nine pounds. We had a guy take a fishing weight to the glasses and got a bunch of shattered glass in his eye. There was a snowball fight during a flash winter storm. We had to heat the house with wood burning stoves all week, so we all smelt like chimneys.

The boat trailers going in and out of the yard created a giant mud pit that almost swallowed a truck, and those are just a few things off the top of my head that happened. But to focus just on the dangerous conditions for today, there were temperatures around 40. The wind was blowing probably 15 to 20 miles per hour. The way Kentucky Lake lays out, that gives you conditions about like the Bering Sea in Alaska — huge waves by bass boat standards. I think we had six or seven boats fish the actual tournament day. Two didn’t even finish the day (which doesn’t ever happen) and out of the remaining boats, I think the best team we had caught two very small fish.

It was just a brutal, brutal day. And it was an FLW qualifying event for their natty. To this day, there’s an inside joke in the club that whenever something isn’t going well or something bad happens, we look at each other and say “hey, at least it isn’t Kentucky Lake”.