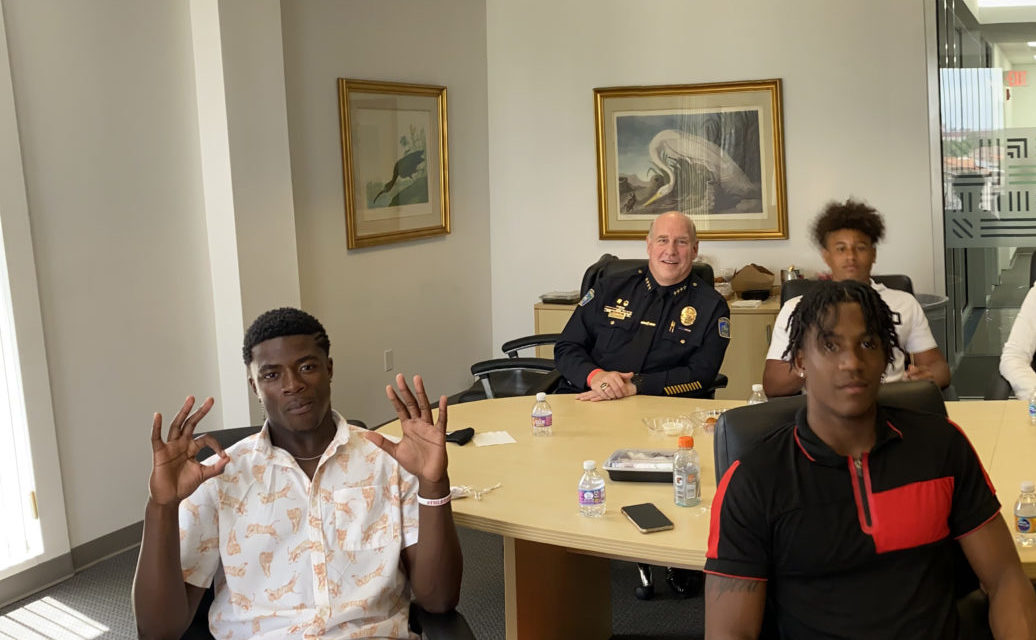 Although there are no official visits that can be had by college football teams, recruits are still able to visit the programs on their own time.

One of those prospects who began taking their visits is 2022 quarterback Jacurri Brown. Brown took an unofficial visit to the University of Miami, one of the schools listed in his previously released top five.

Brown is a 4-star prospect, according to 247Sports Composite. The Lowndes High School product is the No. 5-ranked dual-threat quarterback and the No. 167 player nationally. Brown is set to commit on March 26, with CBSSports HQ holding his commitment.

While at Coral Gables, the focus of the visit wasn’t just about Brown as a football player. Brown, along with those he took the visit with, also focused on the off-the-field impact that Brown can have at whatever school he goes to.

“If I go to [Miami], it’s going to be more of a 40-year decision,” Brown told Fifth Quarter’s James Coleman. “I just want to actually have an effect. There’s going to be kids, and even grown adults, that will be looking up to me.”

Brown was a part of the “DOMX Life Beyond the Game” program. The program focuses on the athlete’s impact off the field. DOMX values six pillars for the program: family values, education, financial intelligence, entrepreneurship, brand management, and social engagement.

Brown also took a tour of the University of Miami campus during his unofficial visit.

“Just really beautiful, nice scenery,” Brown said of the campus. “At night, it’s alive. South Beach is alive. … It’s a good place to be, and a good vibe.”

While the focus may have been on the off-the-field things, Brown is as talented as they come on it.

After starting games on varsity as a freshman, Brown helped lead Lowndes to a state championship appearance as a sophomore, where he compiled a 14-1 record. This past season, Brown and Lowndes went 10-2, losing to Collins Hill in the playoffs.

“I probably model my game one-third Cam Newton, another third Kelly Bryant, and, hopefully when I develop, another third Deshaun Watson,” Brown said.