AD Alford Elevates Standard for FSU Athletics: What Does it Mean for Norvell? 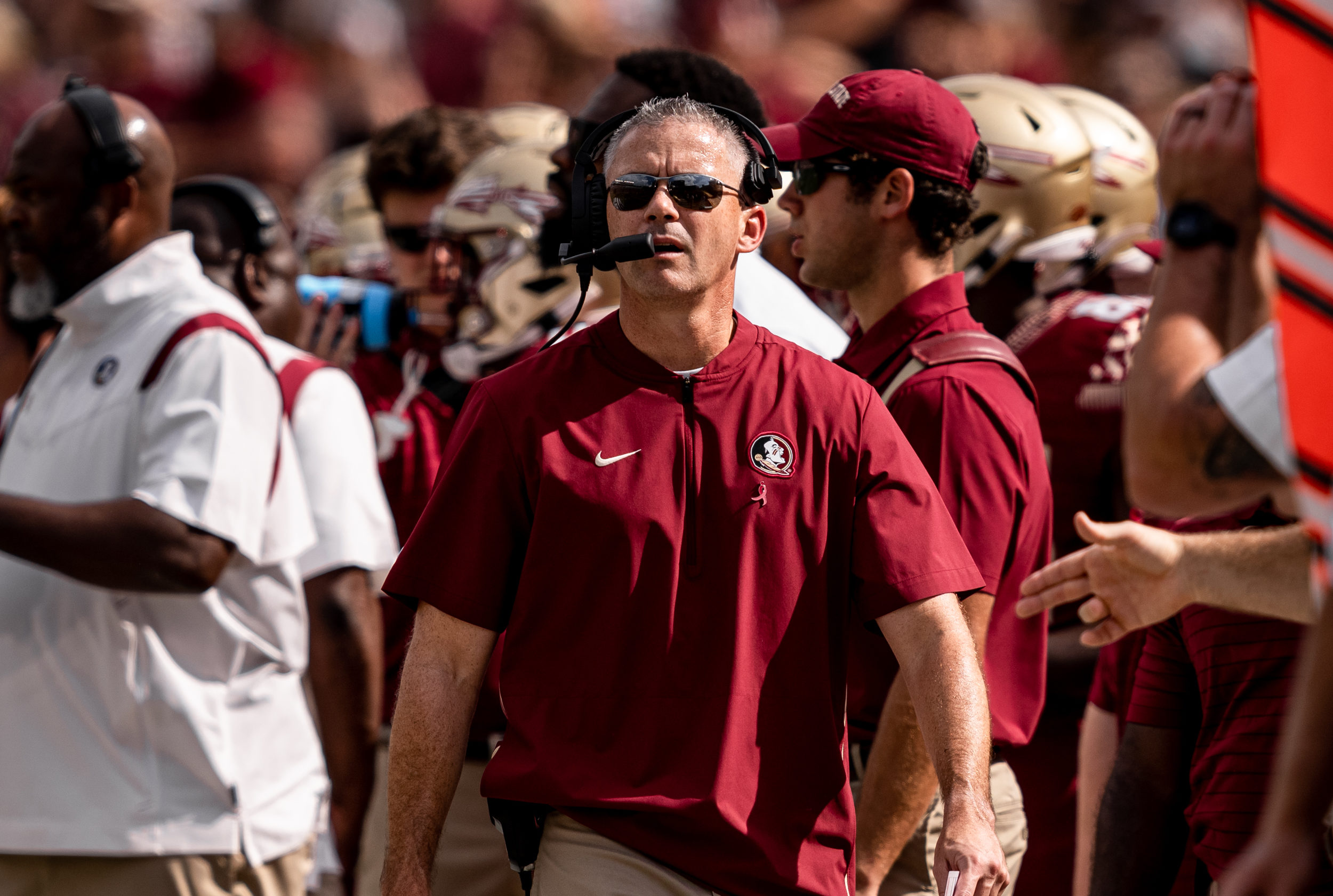 It’s a time of change in Tallahassee.

Michael Alford, Florida State director of athletics, announced on Friday that the Seminoles had parted ways with head baseball coach Mike Martin Jr. The Seminoles will be searching for a new leader after Martin’s three seasons at the helm.

“Making the change with our baseball coach was not an easy decision, but it is our responsibility to put our student-athletes and our teams in the best position to reach their full potential,” Alford said in a statement. “Ultimately, the decision came down to whether our baseball program was performing up to the admittedly high standards that we have established through our historic success, and I do not believe we were.”

Hot Seat for Another Mike?

This presents the question: What happens with football head coach Mike Norvell?

Norvell has an 8-13 record through his first two seasons with the Seminoles. Florida State has a tradition-rich football history, which included 41 consecutive winning seasons from 1977 to 2017. However, the Seminoles have had four consecutive losing seasons since head coach Jimbo Fisher departed to Texas A&M late in 2017.

The 2021 season did not go as planned for the Seminoles. They started 0-4 for the first time since 1974 and suffered their first-ever loss to an FCS program in Jacksonville State.

Down and dejected, Norvell and Co. managed to turn things around. FSU won five of its last eight games. Florida State supporters should not be satisfied with a 5-7 finish to the season, but it should be somewhat encouraging that this football team fought hard for this coaching staff.

Given Alford’s willingness to fire a coach that has not held his program up to the standard, should Norvell be concerned if he does not perform in his third season?

2022 will be a “prove-it” year for Norvell as he hopes to navigate Florida State to where it wants to be. However, the 2022 schedule does not offer any relief.

Fans always seem to ask the following question: How many wins does Norvell need to have to ensure that he does not get fired?

Given that the Seminoles have only achieved bowl eligibility in two of the last five seasons, that should be the first priority. The standard at Florida State, however, will never be to obtain a 6-6 record.

However, the Seminoles play some difficult opponents such as LSU, at Louisville, Boston College, Wake Forest, at NC State, Clemson, at Miami and Florida. Unlike the 2021 season, it will be paramount for the Seminoles to start winning games early in the season to generate momentum on the recruiting trail.

Here is a look at the possibilities for Norvell: