Who Should FSU Prioritize From Its Elite Camp? 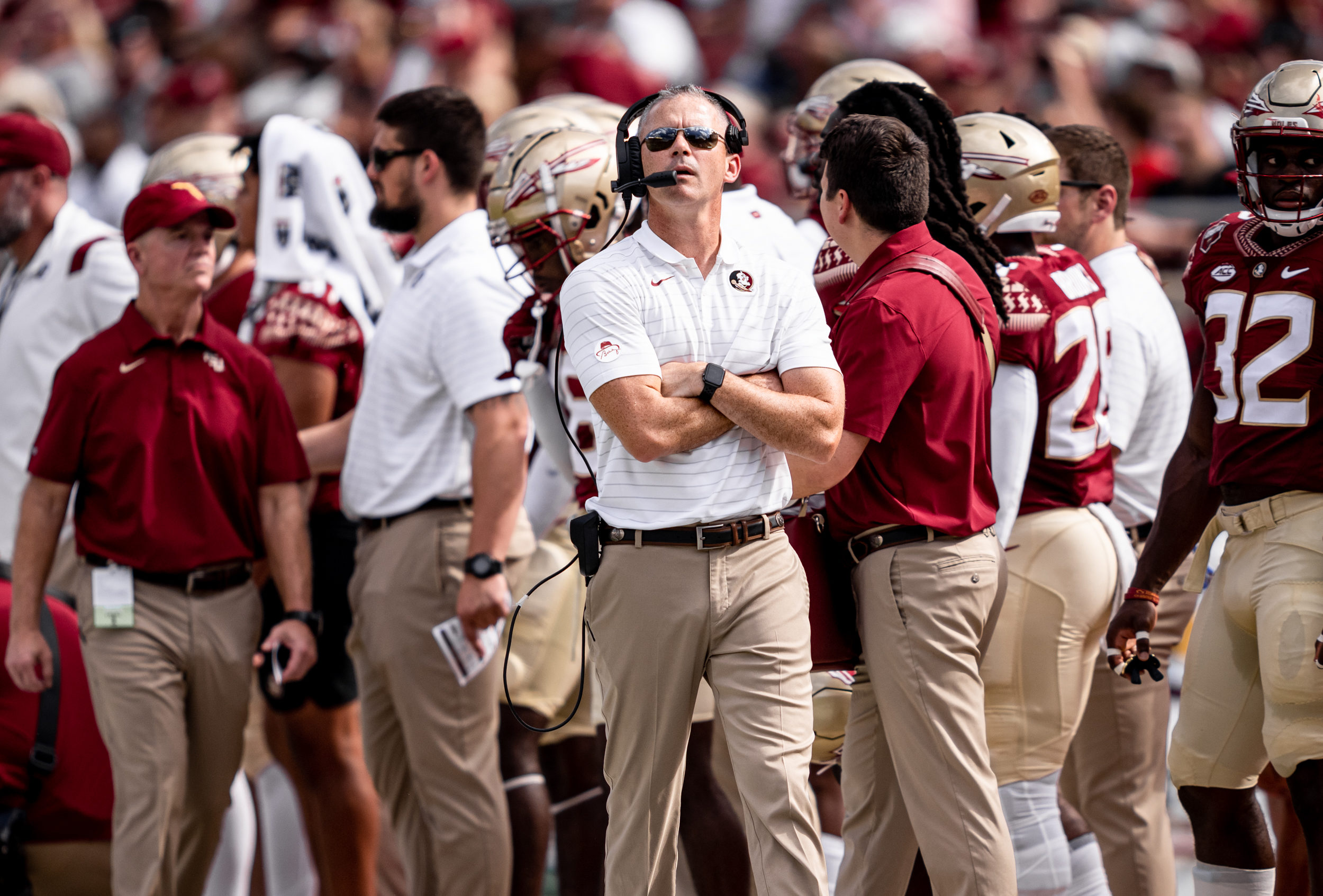 Florida State conducted its second annual Elite Camp on campus this past weekend.

There are some notable 2023 prospects who made their way to the camp:

Florida State’s coaching staff will attempt to create some much-needed momentum for the 2023 recruiting cycle. The Seminoles have not received a 2023 commitment since Darren Lawrence committed back on April 1.

As fans navigate into the weeks ahead, here are three important prospects who attended the Elite Camp who the coaching staff needs to prioritize:

Parson has been committed to the Seminoles since July 22, 2021. However, the coaching staff has recently expressed to him that they are now actively searching for another quarterback prospect to add to the fold. Florida State has offered Purdue four-star commit Rickie Collins and three-star Brock Glenn.

Both are slated to visit this coming weekend. Will that frustrate the long-time quarterback commit?

Parson has been rather silent on social media, which is worrisome for Seminole fans. He has mentioned the Mississippi State and SMU scholarship offers on his Twitter account. The fan base has seen a slew of quarterbacks decommit from Florida State in recent years such as Jeff Sims (2020), Luke Altmyer (2021) and most recently, Nicco Marchiol (2022).

During his junior season at Ravenwood (TN), Parson completed 142 of his 225 passes (63.1%) for 3,116 total yards and 42 total touchdowns. He was also awarded an invite to the Elite 11 Finals — the nation’s premier quarterback competition featuring 15 of the best quarterbacks in the country — this summer.

Parson has recently made his intentions known that he will be visiting Mississippi State this weekend. Head coach Mike Norvell and company need to do whatever it takes to ensure that this elite talent wears the garnet and gold next season.

While it is important to acquire the quarterback of the future for your program, programs also have to ensure that the position is protected. Offensive coordinator/offensive line coach Alex Atkins has been vigorously recruiting the likes of four-star interior offensive lineman Roderick Kearney. He has now visited the Seminoles five times in this calendar year alone.

Kearney has always been one to praise Atkins. “He always keeps it real with me,” he said of the FSU offensive coordinator.

Standing at 6-foot-4 and 300 pounds, it is easy to see why the Seminoles were intrigued by him as a prospect. In fact, the Seminoles were one of his first-ever offers on April 20, 2021. His combination of quick hands, solid foot speed and ability to finish blocks were all showcased at various camp events this spring.

The Orange Park (FL) native continues to display why he is one of the best interior offensive linemen in the country. Will Atkins be able to reel in yet another talented offensive lineman to his rotation?

While four-star defensive tackle Keith Sampson Jr. is already committed to the Seminoles, the coaching staff will be searching to find at least one more defensive tackle with redshirt senior Robert Cooper and possibly even redshirt junior Fabien Lovett Sr. departing after this season. Four-star Jordan Hall from Westside High School in Jacksonville has become a high priority target.

He was a Jacksonville Times Union All-First Coast selection. He finished with 34 total tackles, 15 tackles for loss and five sacks during his junior season.

However, this marked only the second time that he has visited FSU’s campus this calendar year. The Seminoles possess two crystal ball predictions for the talented defender, but they are facing tough competition from the likes of Florida, Georgia, South Carolina and USC.