What is Next for Florida State in the Transfer Portal? 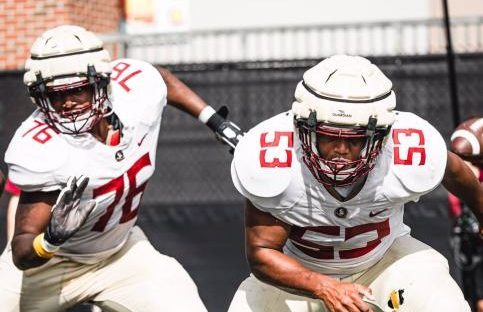 Football season is just around the corner.

Florida State will look to avenge four straight losing seasons. Most of Florida State’s football team has arrived in Tallahassee, but there are six recruits expected to be arriving this summer:

• Destyn Hill, 4⭐️ WR (class of 2021 signee whose enrollment was delayed due to a personal matter)

If all six players show up to campus, FSU will have 82 scholarship players on its roster. The Seminoles could then be able to acquire three transfers in order to reach the 85-man scholarship allotment. Ideally, it would be smart to locate an offensive tackle, interior offensive linemen and then the best player available regardless of position.

Here are some transfer prospects to monitor as we head into the summer months:

Which Position Group Should FSU Prioritize?

The common theme of Florida State’s transfer board is crystal clear as the Seminoles are hoping to acquire more serviceable depth along their offensive line. Florida State was unable to acquire the services of Georgia sophomore offensive tackle Amarius Mims, who ultimately decided to return to the Bulldogs for 2022. Mims would have been a surefire starter at a position of need (tackle).

However, the coaching staff is now turning the page on the Mims saga.

Florida State currently has 17 scholarship offensive linemen on its roster:

All in all, Florida State could benefit from adding transfer prospects at a number of position groups such as quarterback (if the right fit became available), interior offensive lineman, offensive tackle, defensive tackle, linebacker and possibly even at cornerback.

Let us know in the comments section below what position group should be a priority for the Seminoles this offseason in the transfer portal.