FSU Football: Three Reasons to be Excited About 2022 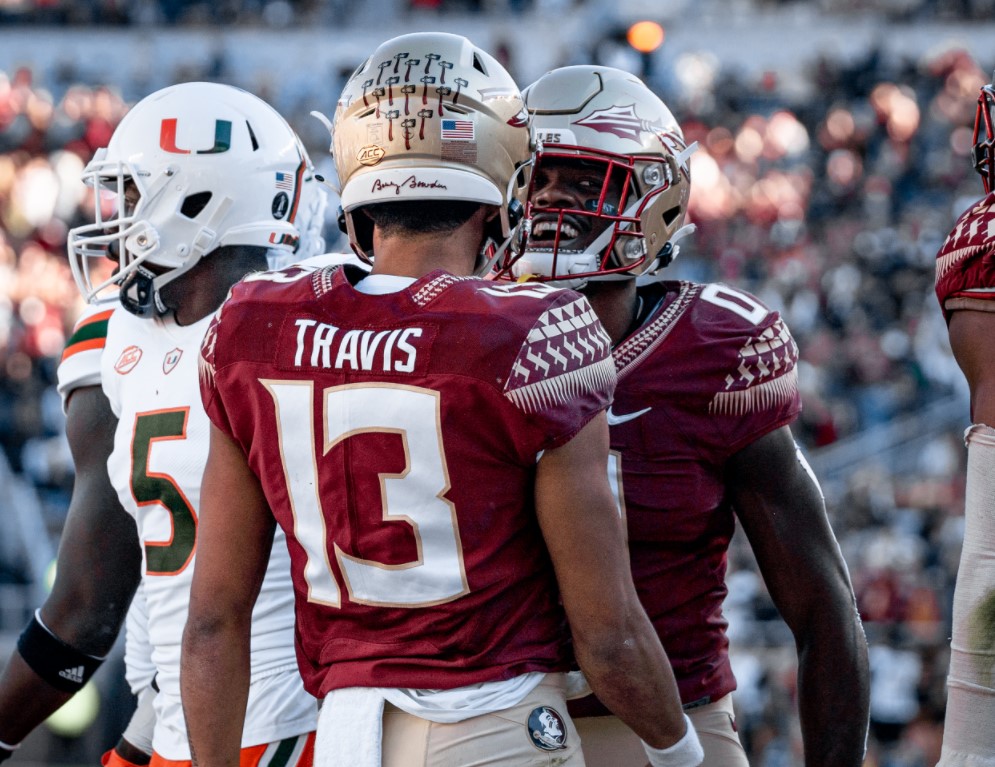 It is no secret that this five-year stretch for Florida State football has been downright miserable.

Could 2022 be the year that the tide starts turning for head coach Mike Norvell and the Seminoles? FSU is coming off four straight losing seasons, but momentum may finally be swinging its way.

It seems like Norvell and the staff have been making the right moves, and aiming very high for success. Here are three reasons why this coming season could be an enjoyable one in Tallahassee:

Since the conclusion of last season, Florida State has had 17 players enter the transfer portal. On the outside looking in, most would be freaking out. What some fail to realize is that Norvell has been cutting loose of dead weight and improving positional units where he can.

Norvell has went into the portal himself, bringing along high-quality players and may be looking to add more. So far, Florida State has capitalized on 10 transfers entering the program. That includes former Pac-12 receiving studs Johnny Wilson and Mycah Pittman. Norvell has totally flipped an underwhelming wide receivers room, which was in desperate need of playmakers.

We all saw the success that Georgia defensive end transfer Jermaine Johnson had. Now, he is looking to be a first-round pick in the NFL Draft. Norvell has done work flipping this roster and upgrading it.

While the nation’s No. 1 overall recruit Travis Hunter flipping to Deion Sanders and Jackson State made headlines on Early Signing Day, FSU quietly put together what could be the best offensive line class ever for the program. Six highly talented lineman inked the dot on Early/National Signing Day for FSU and two more are transferring in.

Florida State has been improving under offensive coordinator and line coach Alex Atkins. It looks to get even better.

Aside from its four ACC road games, FSU won’t play a true road contest in the non-conference. Duquesne, Louisiana and Florida all come to Tallahassee. While it will likely be an LSU crowd, the Seminoles will get the Tigers in New Orleans.

Below are the only road contests for FSU:

If you want to be an elite program, a road schedule like this should make you absolutely ecstatic. While Carter-Finley Stadium in Raleigh has traditionally been a house of horrors for the FSU program, one would still have to take that overall road schedule as a positive. For a young FSU team to take the next step, a favorable schedule is a huge plus.