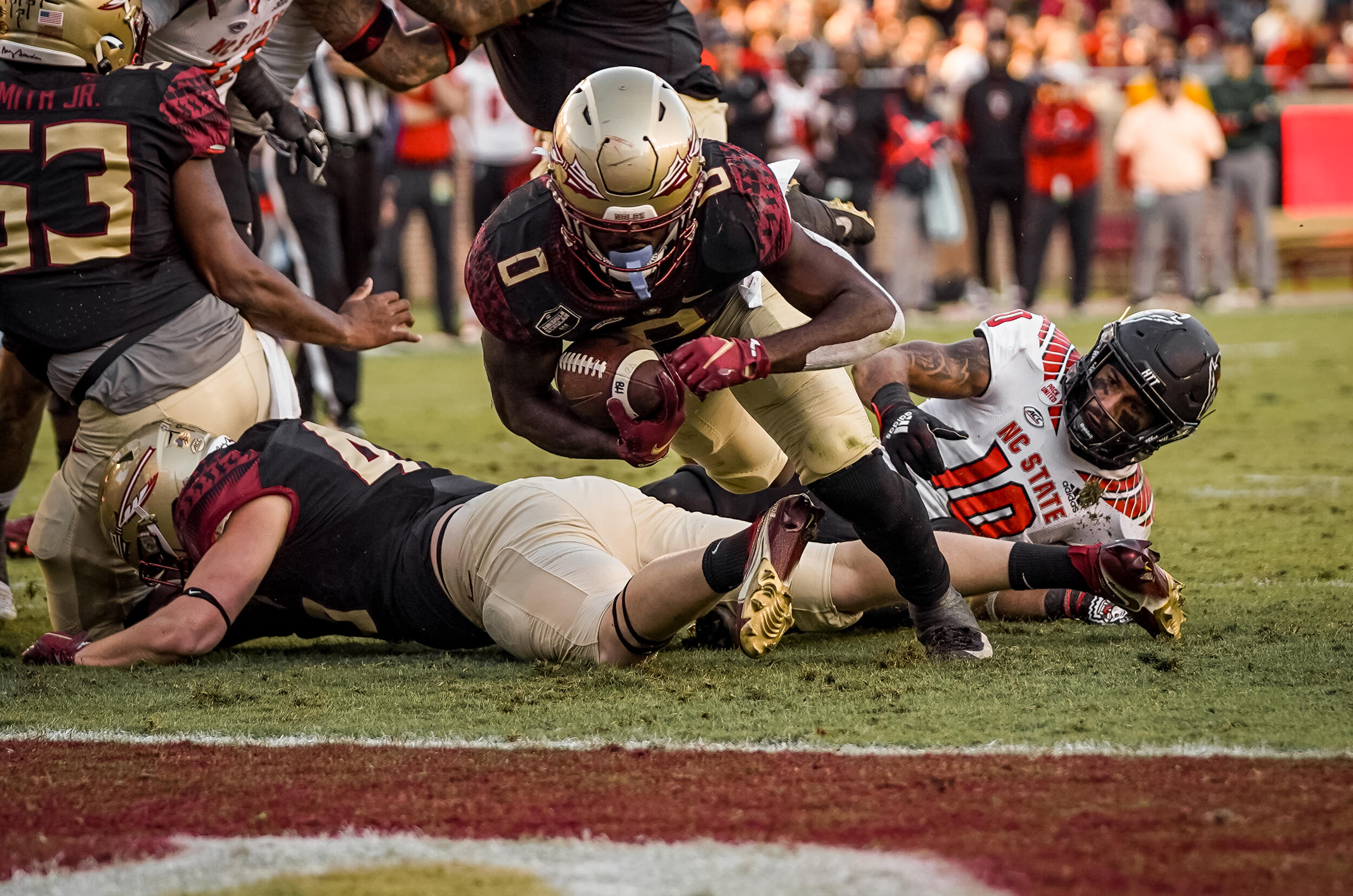 This offseason, we will try to get more film work in for our Florida State following. The Seminoles have not had an elite offensive line since their 2013 national championship season, and the downfall really reflects this.

FSU currently has an offensive line coach that just may be considered elite in the near future. Offensive coordinator and line coach Alex Atkins has played a major role in signing what could be assumed the best offensive line class (time will tell) in FSU’s history.

In 2021, FSU was more fundamentally sound up front than it had been in some time. We are going to spend some time breaking down film. We start with a staple of the Florida State offense — the counter.

To quote the legendary Bobby Bowden, “It’s not about X’s and O’s, but the Jimmy and Joes.” Coach Bowden was absolutely correct. That’s also true for majority of the elite teams.

They tend to have elite recruiting classes. College football isn’t necessarily complex offenses, but more about whether players can execute those concepts.

Just about every team, from the high school level to the NFL, has some variation of the counter play. If you see the running back jab step the opposite way from where he is running and two offensive players pulling, you have successfully identified the play known as counter.

For Florida State, it runs the counter variation mostly out of a “GH” setup. “G” stands for offensive guard, while “H” stands for hybrid back. These are traditionally thought of as fullbacks or tight ends.

The hybrid back in the gif above is No. 4 Jordan Wilson; the pulling guard is No. 75 Dillan Gibbons.

Florida State gashes North Carolina multiple times on this play because it executes and is fundamentally sound.

As with all counter plays, the play side on the offensive line is responsible for down blocking and washing everything down. The back side offensive tackle is responsible for hinging on the defensive end, to not allow him to get to where the ball is going. A couple neat things about this play can be seen from the drawing and gif above.

Another Look at GH Counter

If you have enjoyed this miniature film session, let us know. We would like to keep doing this throughout the offseason.