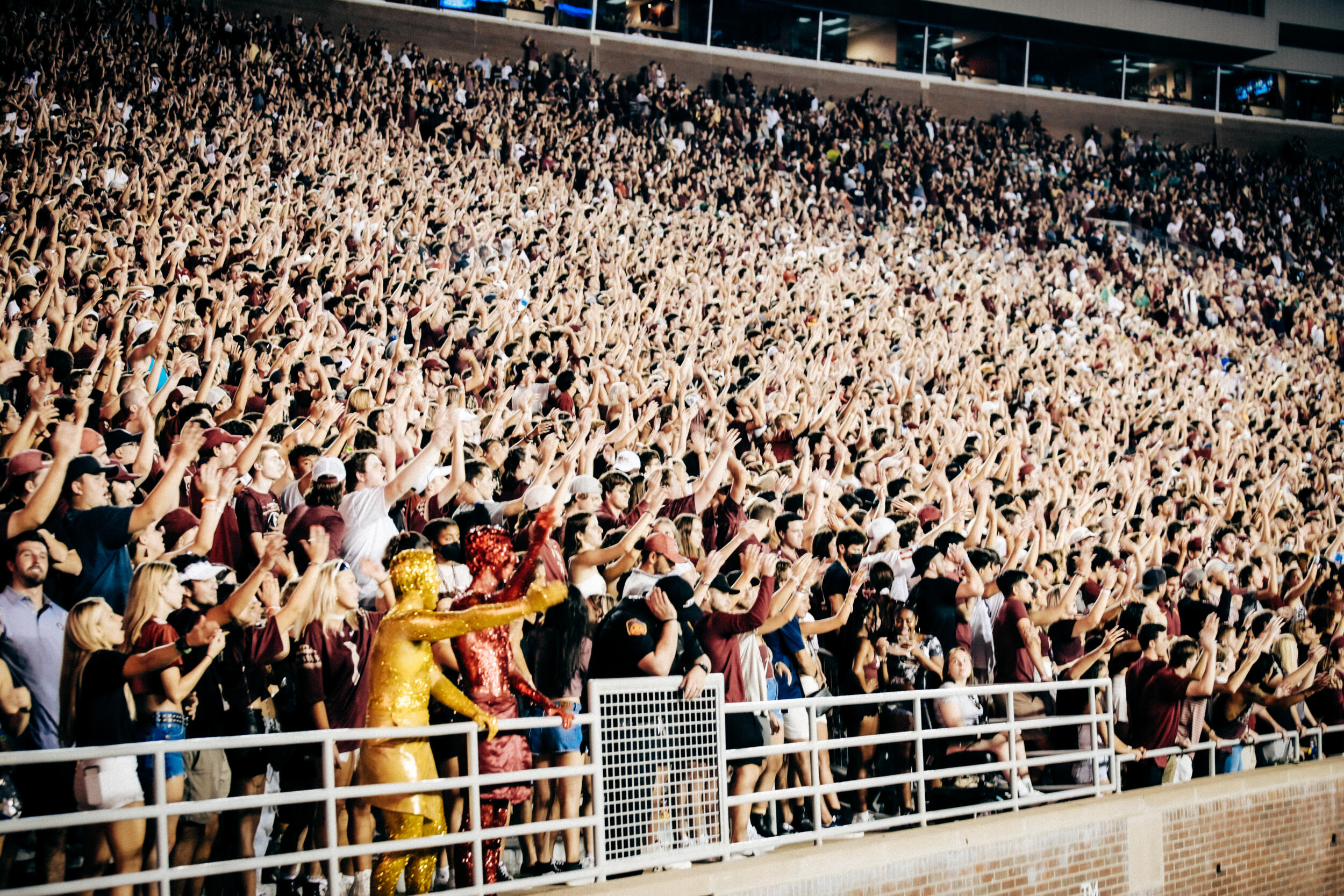 With head coach Mike Norvell seemingly pushing Florida State football back in the right direction and the university on the verge of making an athletics director hire, there is reason for optimism in Tallahassee.

It’s been a rough few years for the FSU faithful, especially those who consistently attend games on Saturdays or even the ones who save up to make that one trip to Tallahassee. Fans haven’t enjoyed a lot of what was seen on the field since 2016, but there are ways to improve the overall fan experience at Doak Campbell Stadium.

Sitting in the Champions Club is a wonderful experience, but not one that appeals to or is practical for the average fan. With it being the holiday season, we compiled a wish list of improvements that would be awesome for Doak Campbell.

Whether realistic or not, we do not care, but we know these are eventually needed. This list was partially compiled by Fifth Quarter’s Florida State channel in Discord.

When you are one of 79,500 fans, the cell service doesn’t work — or at least not great. Any time there’s Wi-Fi, the connection is always weak or becomes shortly nonexistent. As fans, we want to be able to send out messages to our friends about our gameday experience, keep up with other scores, or just use social media.

The Champions Club has solid internet connections, but that club isn’t going to fill your stadium. FSU should bring Wi-Fi to all fans in attendance. This would also be important for those who need to receive emergency calls.

Most athletic directors, who have vision, understand that college football tickets are going to be harder to sell in the future. The comfortability of watching from home may beat the gameday experience of watching Syracuse come to Tallahassee. It may cut down the total capacity by 10,000, but eventually, everyone needs to have a back on their seat at Doak Campbell Stadium.

With FSU’s recent struggles on the field, the administration has to find other ways to put fans in the stands. Backs on the seats would increase viewing comfort and relieve some of the physical and mental pains that come with watching a mediocre opponent or with a mediocre season. As one ages, the metal benches can put a strain on the body.

Despite few sellouts, the experience with concession stands still left much to be desired. Other big-name schools have many more concessions available to better mitigate the long lines. Just getting a hot dog can take the duration of halftime and keeps fans from getting to watch the Marching Chiefs.

This one will be short and pretty obvious. It would be nice if the bathrooms could be renovated somewhat and not leave the user feeling like he or she is in need of a shower. Anything to help trim the long lines would be an added plus.

This one is probably the most unrealistic, but would be totally awesome. Have you ever been to Hell…or Tallahassee, rather, for a noon kickoff? It is absolutely awful in the sun, and some canopies would be a huge stadium upgrade. Most of the Champions Club has this, so that fans can enjoy the shade and be hidden from the sun.

Want the stadium to be more filled against Duke at noon? Well, this could be a great idea. Orlando City, the MLS team, which has a smaller stadium, utilizes it well. It would be awesome for Doak Campbell Stadium and it would help retain sound.

On a positive note, there isn’t anything needed to increase the pregame experience outside the stadium.

If you like this content, consider joining the Fifth Quarter Community for FREE. You can join our message board with 500+ members or the Discord Server with 1,000+ members. Come talk college football or anything off topic.