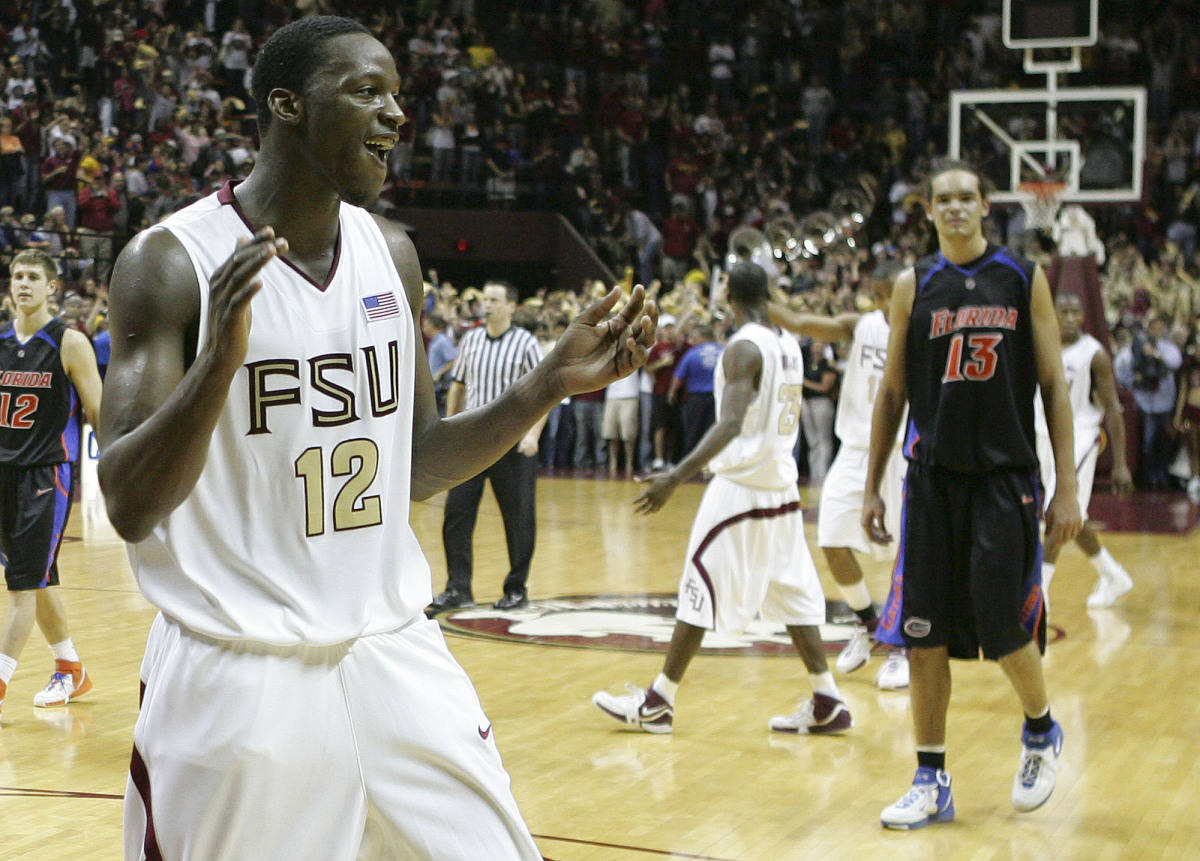 Although Florida snapped a 7-game losing streak to Florida State basketball earlier this season, there was a time when beating the rival Gators served as a signature win for FSU.

That was the case on this day 15 years. The Gators were the reigning national champions as they made their way to the Donald L. Tucker Center.

In the end, standout forward Al Thornton just wouldn’t let the Seminoles lose. His 28 points powered FSU past its rivals, 70-66.

Florida was coming its first national championship and was ranked fourth as it arrived in Tallahassee on Dec. 3, 2006. In the series, Florida had won seven of eight.

After a 4-0 start, the Seminoles had lost consecutive games and arrived with a record of 4-2. Despite playing the reigning national champions, that streak would not run to three.

FSU trailed early, but used a 10-0 run early in the first half to take an 8-point lead and never trailed again. In the second half, the Seminoles led by as many as 12.

Florida made several runs, but whenever it did, FSU had an answer. The Gators pulled to within three on different three occasions and to within two once over the final four minutes.

First, it was Toney Douglas, who responded for FSU after Florida pulled to within three. The next two times, it was Thornton who got the better of Florida standout center Joakim Noah with big baskets — first a layup and then a jumper.

Florida would actually have a shot at the lead in the final seconds following a 3-pointer from Walter Hodge. With time ticking away and the Gators down 68-66, Douglas blocked Taurean Green’s go-ahead 3-point try. Thornton knocked down two free throws on the other end to seal the victory with six seconds left.

Fans proceeded to storm the court.

Thornton finished 10-for-16 shooting, leading FSU with 28 points and nine rebounds. Isaiah Swann added 11 points in the win. Green and Hodge finished with 21 and 17 points, respectively, for Florida in the loss.

Florida fell to 5-2, but would bounce back from the loss with 17 straight wins. The Gators went on to win the SEC and a second straight national championship.

For FSU, the victory would begin an 8-game winning streak. The Seminoles would actually spend time in the polls, but a late-season injury to Douglas derailed their NCAA Tournament hopes as they settled for the NIT. They reached the quarterfinals before falling to Mississippi State.

Although FSU came up just short of the NCAA Tournament, it beat the team that ultimately won it. It accomplished that feat on this day 15 years ago.