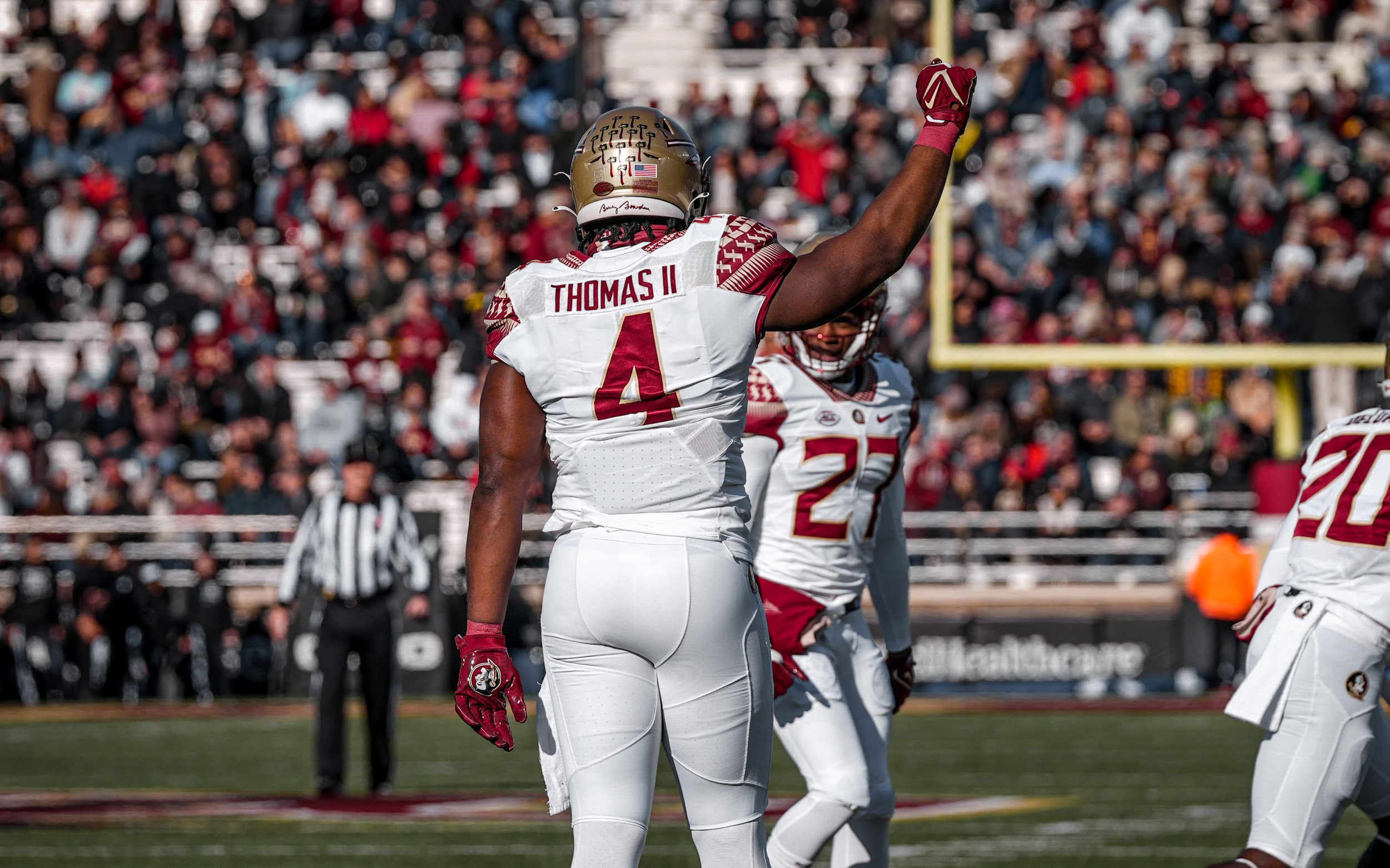 One win. That’s all that separates Florida State from bowl eligibility after an 0-4 start.

The Seminoles held off Boston College on Saturday, 26-23. The Eagles scored the game’s final 20 points, but a late interception from Akeem Dent preserved the FSU victory.

At 5-6, FSU will close the regular season at Florida. Before it does, the Fifth Quarter staff recognizes the top performers from Saturday’s win over Boston College. Passing out game balls this week are editors Mike Ferguson, Cory Thorpe and FSU lead writer Jake Bunting:

Unanimous Game Ball: Jordan Travis, QB
Jordan Travis has always been a stellar athlete, but he improves each week as a passer. In Saturday’s win, Travis finished 20-for-34 passing for 251 yards and three touchdown passes. Travis also added 26 yards on the ground. When he starts this season, the Seminoles are 5-2.

Unanimous Game Ball: Keir Thomas, DE
Jermaine Johnson was a constant disruption in the Boston College backfield on Saturday, but it was the other FSU transfer defensive end who shined brightest. Keir Thomas, a South Carolina transfer, finished with seven tackles, three for loss and two sacks. He was credited with six quarterback hurries.