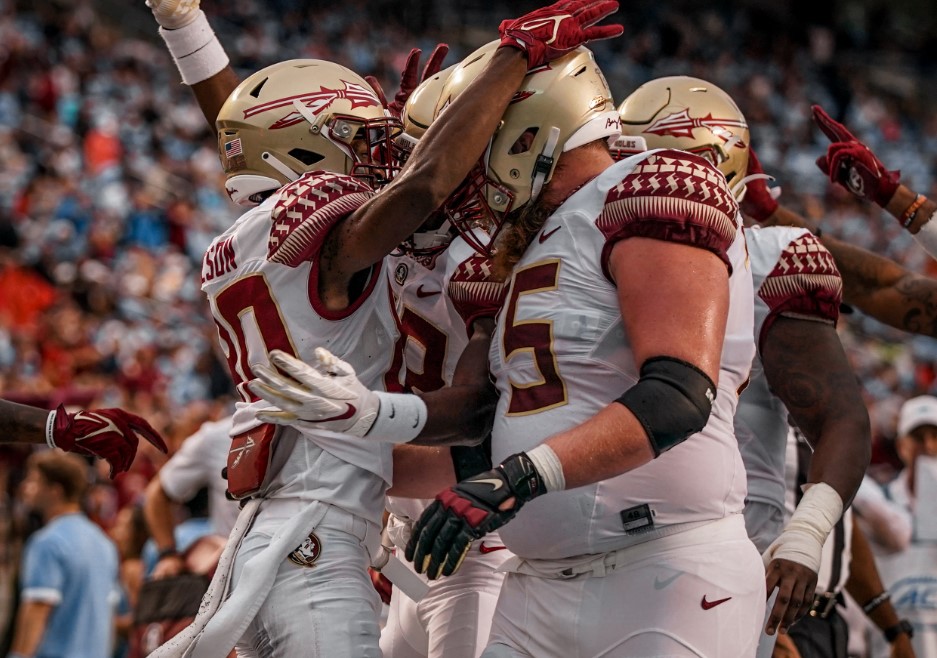 Florida State is on a winning streak.

The Seminoles had a horrendous September as they dropped four games in a row to begin the 2021 football season. This was the first time FSU had seen an 0-4 start in 47 years.

Something seems to have changed, though. Things started clicking for the Seminoles, beginning in the second half of the 31-23 loss to Louisville on Sept. 23.

Time and time again, these ‘Noles have faced adversity this season, but they haven’t stopped fighting.

After earning the season’s first win in a 33-30 thriller against Syracuse, Florida State marched to Chapel Hill as massive underdogs on Saturday and dominated North Carolina, 35-25.

FSU has been starved for wins in the past few years — much less back-to-back wins.

In order to find the last two-game winning streak, we have to travel back to 2019. Interim head coach Odell Haggins led his ‘Noles to a 38-31 victory on the road against Boston College, followed by a 49-12 clobbering of Alabama State on Senior Day in Tallahassee.

With a home date against abysmal Massachusetts next on the schedule, Florida State is within reach of a three-game win streak.

The last time FSU won three straight was all the way back in 2017 at the end of Jimbo Fisher’s tenure. FSU began its streak with a 77-6 beatdown of Delaware State. The Seminoles then took down rival Florida 38-22 in Gainesville in what would be Fisher’s last game.

With Haggins as the interim, FSU returned home to beat the Louisiana-Monroe 42-10 to become bowl-eligible. FSU handled Southern Mississippi in the Independence Bowl to notch a 41st straight winning season.

The 2017 streak was a crucial one, as it kept FSU’s 35-year streak of making a bowl alive, and set the ‘Noles up for a bowl victory to avoid its first losing season since 1976.

Entering the bye week, FSU seems to have a rhythm going, particularly on offense. This is largely due to the decision to stick with quarterback Jordan Travis and lean on the ground game.

The Seminole offense has been limited by poor pass blocking and a subpar wide receiver group. However, it has some of the best running backs in the country on the roster. Pro Football Focus has Treshaun Ward and Jashaun Corbin listed as the fifth- and 50th-best backs in the nation, respectively.

The offensive line is also growing together and getting healthier. This fact paired with Travis’ running ability has opened up both big running lanes and helped the passing attack.

It’s no coincidence that the ‘Noles carved up North Carolina’s defense to the tune of nearly six yards per carry.

In addition, Travis threw for three touchdowns. That is the first time that has been accomplished by an FSU quarterback since James Blackman threw three against Alabama State in 2019. Two of Travis’ three scoring strikes were to a wide open Ontaria Wilson. FSU was finally able to establish the run in such a way that it allowed for open receivers.

Head coach Mike Norvell seems to have found the identity of his offense this year, which is huge for a team that desperately needed one. The defense still had its struggles on Saturday, but the 25 points allowed was the fewest against FBS competition this year.