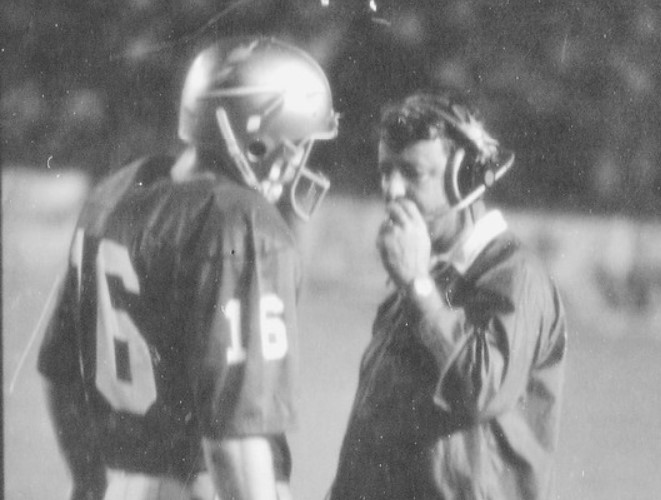 Over the course of his 51-year head coaching career, Bowden won nearly 400 games. The majority of those wins came at Florida State.

The first of those however, came on this day 45 years ago. FSU scored the game’s final 20 points to pull away from Kansas State, 20-10.

After winning just four total games in the three years prior to his arrival, the Bowden era in Tallahassee did not get off to the greatest starts. The Seminoles were 0-3 as they played their home opener at Doak Campbell Stadium on Oct. 2, 1976.

Kansas State arrived with a record of 1-2. After opening with a win over BYU, the Wildcats dropped consecutive games to Texas A&M and Wake Forest. For a half in Tallahassee, K-State looked to be on the verge of evening its record.

As the teams went to the locker room, Kansas State was in control, 10-0. After Bill Sinovic’s 36-yard field goal got the scoring started, Tony Brown found the end zone from a yard out on 4th-and-goal late in the first half.

The second half however, belonged to FSU.

With 3:10 remaining in the third quarter, the Seminoles finally got on the board. Dave Cappelen’s short field goal made it a 1-score game, but momentum really swung on the ensuing kickoff.

On the ensuing possession, FSU again took advantage of a turnover. Jimmy Heggins’ interception of Kansas State’s Bill Swanson set FSU up inside the Wildcats’ 30. Cappelen later connected from 41 yards out to give FSU its first lead with just more 12 minutes to go, 13-10.

The FSU defense was the story as it held K-State to just 226 yards of offense while forcing four turnovers. In addition to the interception, Heggins finished with a game-high 21 tackles. Carter and Detroit Reynolds each tallied 12 stops.

On offense, Beckman led all receivers with 95 yards for the Seminoles, who tallied 343 yards of offense. FSU’s rushing attack totaled 188 yards with Mark Lyles’ 50 leading the way.

The victory would spark a strong finish to Bowden’s first season. Over its final eight games, FSU won five times to finish 5-6.

At the time, that was the highest win total for the Seminoles in four years. Kansas State would fail to win another game in 1976 as it finished just 1-10.

As for Bowden, his inaugural campaign in Tallahassee would be his final losing season. He capped his FSU career with 33 straight winning seasons, two national championships and 304 wins. The first of those victories came on this day 45 years ago.