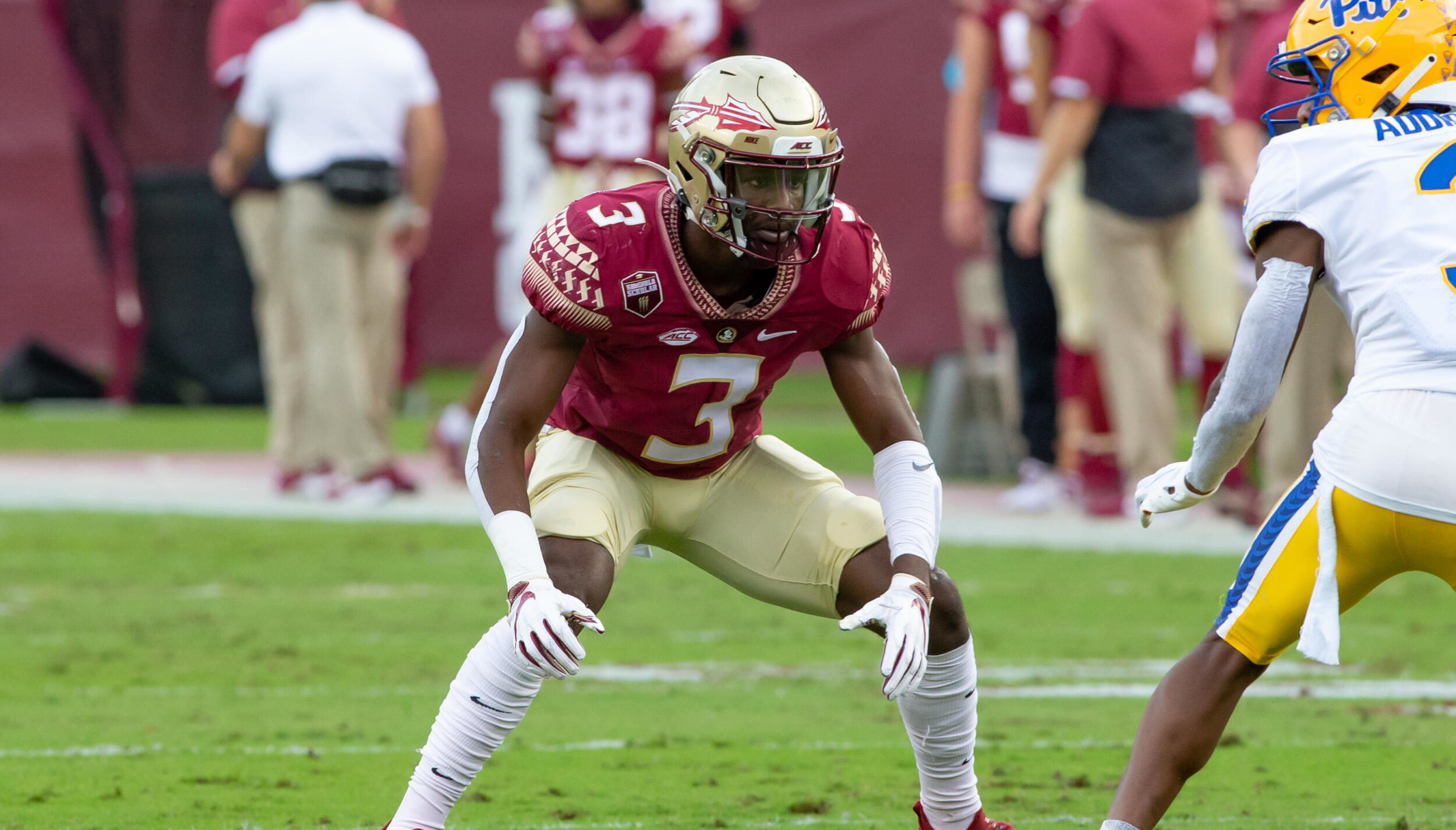 The defensive back position at Florida State can be described as one big question mark. This unit is one of the most unproven groups on the team, but has perhaps the most potential.

Florida State’s secondary was its most consistent defensive group last year. However, it has experienced a large amount of player attrition this offseason. The unit will look almost completely different from 2020 to 2021.

Let’s take a look at who the Seminoles lost, who remains, and some new faces at secondary.

The ‘Noles lost a boatload of players this offseason. Some departures were beneficial, some negative, and some were drafted. The most noteworthy exits were Hamsah Nasirildeen, Asante Samuel Jr., Jaiden Lars-Woodbey, Carlos Becker III, and Raymond Woodie III. Nasirildeen and Samuel’s exits will be felt the most, as they are now poised to have success in the NFL.

Samuel was by far the biggest loss. The stud cornerback played the most snaps on the team at 509. In his three years at Florida State, he tallied 97 tackles, four interceptions, and a forced fumble in 31 games.

Brownlee saw both the most snaps and the most production of the returning players. He recorded 26 tackles along with a sack and an interception as a true freshman. He was by far the Seminoles’ most consistent player behind Samuel, and the fact that he’s earning significant playing time as a freshman bodes well for his future.

Jones was another player who stepped up for the ‘Noles. The Mississippi State transfer was expected to be a contributor immediately and was. He recorded 18 tackles and a pass breakup in his eight games last year. Jones had flashes of greatness but was inconsistent and should benefit with another year in defensive coordinator Adam Fuller’s system.

Mike Norvell brought in plenty of talent to provide quality depth and rotation players at the defensive back position. The Seminoles have three incoming freshman in Kevin Knowles III, Hunter Washington, and Omarion Cooper. Cooper and Knowles had solid fall camps and are poised to break the rotation in the upcoming season.

Robinson accumulated 136 tackles, two interceptions, and a forced fumble in his two years at South Carolina. McClellion tallied 34 tackles and an interception in his 11 starts in 2019 before sitting out the 2020 season.

Finally, although not a “new” player, Demorie Tate will be seeing the field for the first time this year. The redshirt freshman placed fifth in the nation at his position before having to take an academic redshirt in 2020. With proper development, Tate has NFL potential and should be in the lineup sooner rather than later.