Remembering Bobby Bowden: A Compilation From Former Players — Part I 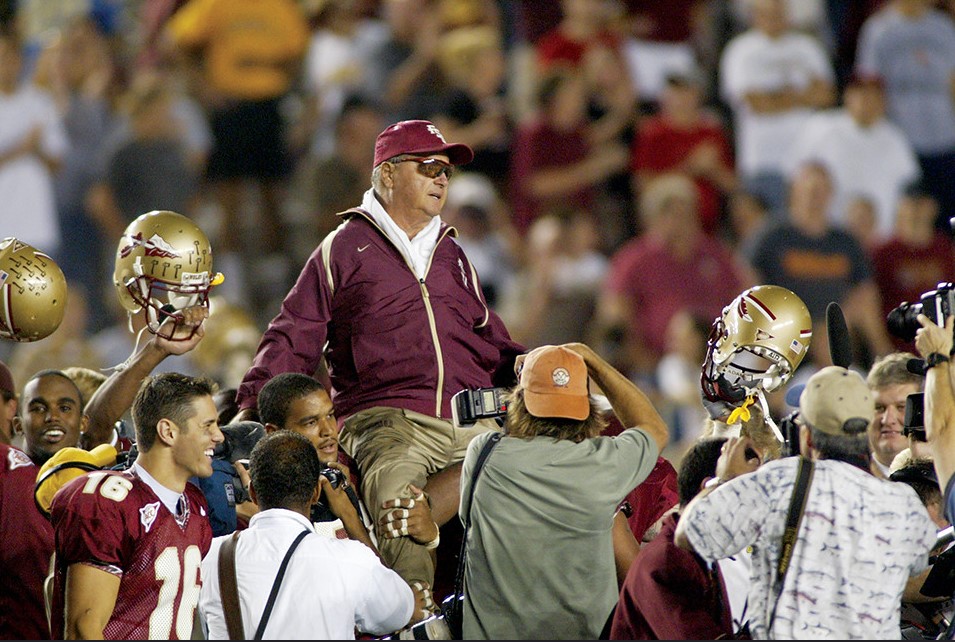 Sad news came over the Florida State football community early Sunday as legendary head coach Bobby Bowden died at the age of 91 after a battle with pancreatic cancer.

As is the case for many Florida State alumni and fans, Bowden was a hero. He was a role model and not just for his accomplishments on the field, but his impact off it.

This series will be multiple parts. Below are compilations of quotes regarding the legend from interviews over the years:

Now an author and in a sense, a co-worker at Fifth Quarter, James Coleman spent four years as a fullback at FSU. In a 2015 interview for Noled Out, Coleman, as so many have before, said Coach Bowden seemed more concerned about developing great people than he was great players.

“Coach Bowden taught you how to live a certain lifestyle without cramming it down your throat. The way he talked to us was as if we were his son or grandson and not his employees,” Coleman said about his former head coach. “With Coach Bowden, it was more about winning the championship of life and not just an NCAA or ACC championship. I’m grateful for that opportunity, I just wish he was a little younger so my son could have that same opportunity.”

“We get a lot of negative publicity because of the type of kids we recruit. I heard Coach Bowden say before that he didn’t want country club kids. He wanted rednecks and he wanted inner-city guys because he knew that education would mean more to them and we were going to fight and be a scrappy bunch.

“He came in and instilled discipline in us and made us productive citizens and that’s what Jimbo’s (Fisher) doing now. When guys like that actively go into neighborhoods with people they look nothing alike, it helps break a barrier and ease the pain that some of us grew up in. As much as we like hearing about winners and the American way and people pulling themselves up by their bootstrap, they don’t like hearing about some of us from middle America being able to do that.”

De’Cody Fagg was part of the “Catching Up” series on Noled Out. Fagg was a wide receiver, who led the team in touchdown catches with five in 2007.

“He was a father figure. He took care of all his players and treated them as his own kids no matter the situation. Spending four years with Coach Bowden taught me to be a productive young man off the field and not just on the field.”

For a 20-year anniversary piece remembering the 1999 national championship team, offensive lineman Tarlos Thomas spoke about the culture created by the legend.

Thomas also spoke on what it meant to be part of the team that gave Bowden his only perfect season at FSU.

Column: Peanuts and Soda - The One Question I Got to Ask Bobby Bowden - Fifth Quarter

[…] quotes regarding the legend from the former players that I interviewed over the years. You can find Part I, Part II, Part III and Part IV […]