Jackson Greene’s Bat Heating Up at Right Time for FSU 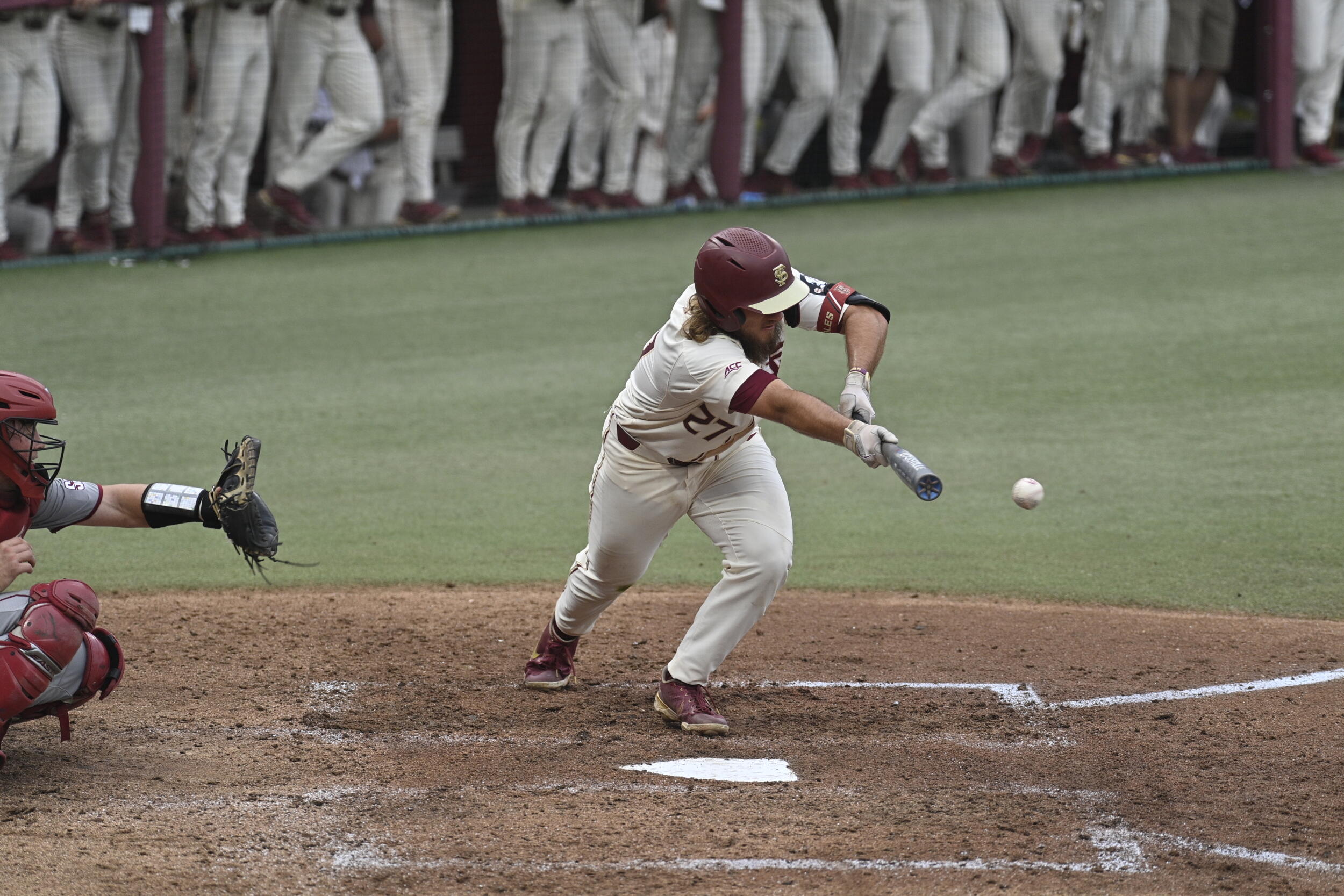 Few would argue that Florida State infielder Jackson Greene can field his position.

Probably FSU’s best defensive player, the redshirt junior from Live Oak has been solid no matter where head coach Mike Martin Jr. has put him. Over his last two games however, Greene seems to finally be coming around with the bat.

Greene played a vital role in FSU’s 15-11 win at NC State on Saturday with a career-day at the plate. Greene however, actually got rolling the night before in a 6-4 loss.

Entering Friday’s contest in Raleigh, Greene was hitting just .164 for the year with 18 runs scored, one home run and just nine RBIs. In the defeat however, Greene doubled his home run total for the season as his solo blast to lead off the ninth made it a 2-run game and allowed the Seminoles to bring the tying run to the plate later in the inning.

The next day, Greene played a vital role in FSU’s comeback win. At the plate, he finished 3-for-3 with a home run, three runs scored and four RBIs.

“You just feel good for those types of guys,” Martin said during a Zoom call on Tuesday. “He’s never pouted. He’s never got the woe is me going. He’s put together some really good at-bats the last couple weeks.”

Greene helped FSU build a 5-1 lead with a 3-run home run in the fourth inning on Saturday. Perhaps as important of an at-bat came in the ninth inning.

With the score tied 11-11, two outs and nobody on, Greene’s single to right-center started the 2-out rally. Jackson would come around to score the go-ahead run on a Logan Lacey single. When all was said and done, the Seminoles pushed across four runs in the frame to take the lead and avoid the sweep.

Greene is still hitting just .187 and is the only FSU player with more than 35 starts hitting below the Mendoza line. Defensively however, only catcher Matheu Nelson has a better fielding percentage.

His glove will almost certainly keep Greene in the lineup for this week’s ACC Tournament. Being able to continue to hit from the No. 9 hole however, would go a long way in helping the Seminoles make a deep run in Charlotte and beyond.