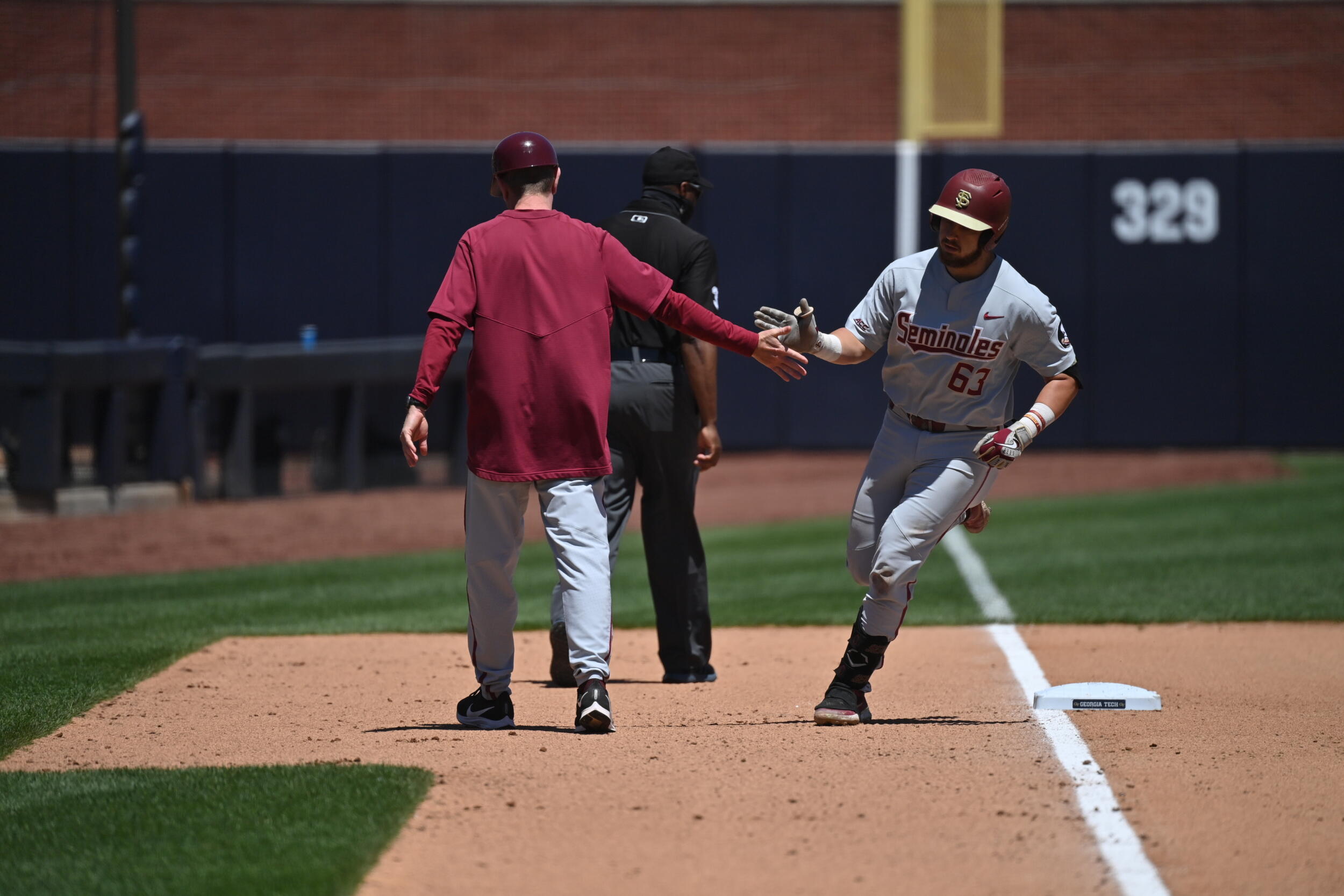 The ACC announced its end-of-the-season baseball award winners on Monday and Florida State was well represented.

“It’s all about the team with both of them,” Martin said. “That’s what makes it really special.”

With the ACC Player of the Year honor, Nelson becomes the first FSU player to receive the recognition since DJ Stewart in 2014.

“It’s actually a really honoring thing,” Nelson said. “It was really eye-opening to me.”

“I just wanted to come in and make the most of this year after last year being cut short,” the redshirt sophomore from Tampa said. “I put a lot of hard work into this offseason…It’s just really humbling. It’s really awesome.”

Early in the season, Messick served as a 2-way player. Of late however, he has focused on pitching and that’s a move that has paid off as he took home two honors on Monday.

“It just means a lot being able to win those awards,” Messick said.

Although a back injury recently forced him to move from the Game 1 starter to the Game 3 starter in the weekend rotation, Messick said not much has changed. He finished the regular season with a 6-2 record and 3.30 ERA.

Despite pitching just 79 innings, Messick finished with 114 strikeouts. That was second in the ACC behind only Virginia’s Andrew Abbott. The strikeouts may have limited his defense’s opportunities in the field, but Messick said they played a big role in earning the honors.

After dropping two of three to NC State over the weekend, Florida State will begin the ACC Tournament on Wednesday. FSU avoided the sweep in Raleigh with a hard-fought 15-11 win on Saturday.

“We needed some days off after that Saturday game at NC State,” Martin said. “It was a wild one. We had some cramping. It worked out well for us.”

The fifth-seeded Seminoles are matched up in Pool D with No. 9 seed Duke and fourth-seeded Miami. Lefty Bryce Hubbart will get the start on the mound when FSU takes on Duke on Wednesday. It’ll be the first meeting between the schools this year.

“We’ve been watching some film on them. We don’t know much about each other this year,” Messick said. “It’s going to come down to what the coaches on each side are going to do…we’re not going to change much.”

The Seminoles and Blue Devils will square off in Charlotte on Wednesday at 11 a.m. ET. FSU and Miami duke it out at 3 p.m. ET on Friday. Florida State swept the rival Hurricanes during the regular season in Coral Gables.

Both contests will air on Regional Sports Networks. For FSU to advance to Saturday’s semifinals, it will need to win both games.