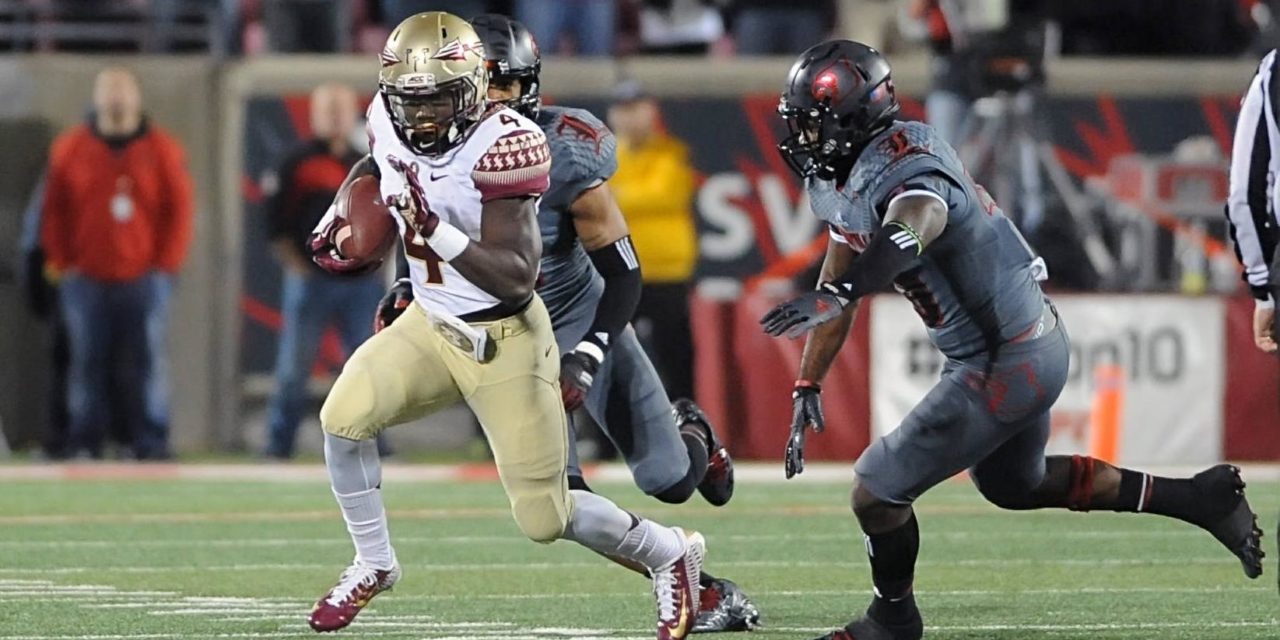 Florida State hopes its 31-28 victory over No. 5 North Carolina serves as a turning point in the early parts of the Mike Norvell era.

The Seminoles held off the Tar Heels to pick up their first ACC win of the season and will now try to get to .500. FSU hopes for its first road win on Saturday as it travels to face Louisville.

The Cardinals are just 1-4 and winless in conference. FSU has beat Louisville in each of the last two seasons and will look to make it three straight.

The Seminoles hope that Saturday serves as a memorable moment, but it would not be the first against the Cardinals. Here’s a look back at FSU’s top five moments vs. Louisville.

Louisville 24, FSU 35
Sept. 21, 2019
Things were headed south for Florida State. The Seminoles had let a 21-point lead slip away and now trailed 24-21. Louisville was driving to perhaps put the Seminoles away early in the fourth quarter when safety Cyrus Fagan came up with a critical interception in the red zone. Six plays later, Alex Hornibrook found an uncovered Tamorrion Terry for the go-ahead 60-yard touchdown midway through the fourth quarter. Cam Akers’ touchdown run following a roughing the kicker call on the Cardinals would put the contest away.

FSU 28, Louisville 24
Sept. 29, 2018
First-year head coach Willie Taggart was looking for his first ACC win as Florida State visited Louisville. With time ticking away however, those hopes seemed to be falling by the wayside. Louisville led 24-21 and was driving with about two minutes to go. Inexplicably, Louisville threw the ball on first down. Jawon Pass’ throw to the right was picked off by FSU safety A.J. Westbrook to give the Seminoles new life. After a pair of completions move the ball to the FSU 42-yard-line, the Seminoles faced a critical 3rd-and-6. Facing a Louisville blitz, quarterback Deondre Francois fired a perfect strike to Nyqwan Murray who slipped a tackle and outraced defenders for the 58-yard go-ahead touchdown with 1:13 to play. Stanford Samuels III picked off Pass on the ensuing possession to secure the win.

Louisville 14, (9) Florida State 49
Nov. 13, 1982
Greg Allen entered the 1982 contest with Louisville needing just two points to break the FSU single-season scoring record. Allen broke the record on a 1-yard touchdown run in the final minute of the first half and would proceed to score three more times in a 35-point rout of the Cardinals. He finished the day with 173 yards rushing on 25 carries with two 1-yard scores and touchdown runs of seven and three years. Allen became the first FSU player ever to score 20 touchdowns in a season. Allen would finish the year with 21 touchdowns, which remains an FSU record. His 126 points that season now ranks fourth all-time in school-history and tops among non-kickers.

Louisville 7, FSU 9
Sept. 12, 1970
In the 1970 season opener, defensive back J.T. Thomas became the first black player ever to take the field for Florida State. He also played a key role in helping preserve the victory. After blocking a kick earlier in the game, Thomas and teammate Dan Whitehurst combined to block Louisville kicker Roger Grunisen’s game-winning 28-yard attempt with just seconds to play. David Snell returned a punt 71 yards for FSU’s only touchdown of the day.

(2) FSU 42, Louisville 31
Oct. 30, 2014
Reigning national champion Florida State had won 23 games in a row, but that streak looked to be jeopardy in late-October 2014. In the first ACC match-up between FSU and Louisville, the Cardinals used three early interceptions thrown by FSU quarterback Jameis Winston to race to a 21-0 lead. Tight end Nick O’Leary would fall on a fumble in the end zone late in the first half to break up the shutout. After long touchdowns by Travis Rudolph and Dalvin Cook, FSU took its first lead of the night on Winston’s dime to Ermon Lane for a 47-yard touchdown early in the fourth quarter. Louisville regained the lead on a Michael Dyer touchdown run, but Cook’s 38-yard touchdown run with less than four minutes to go put the Seminoles ahead for good. After getting a stop on downs, Winston’s toss to fullback Freddie Stevenson for a 35-yard touchdown put the contest away. The victory at the time served as the biggest comeback win in FSU history. Winston finished with 401 yards passing and three touchdowns while Cook went for 110 yards on the ground. 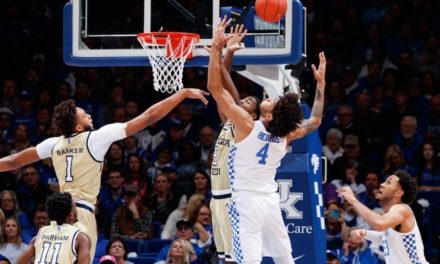 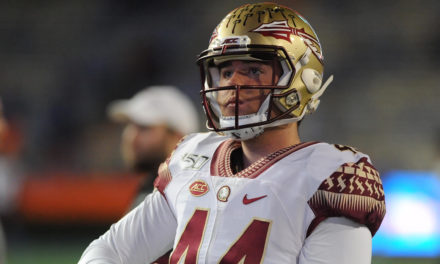 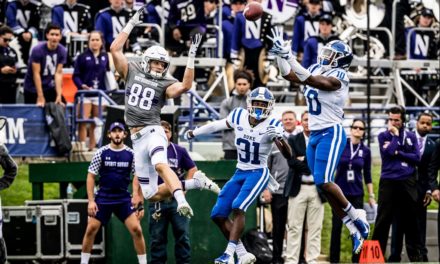 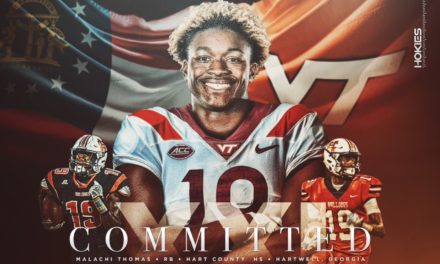