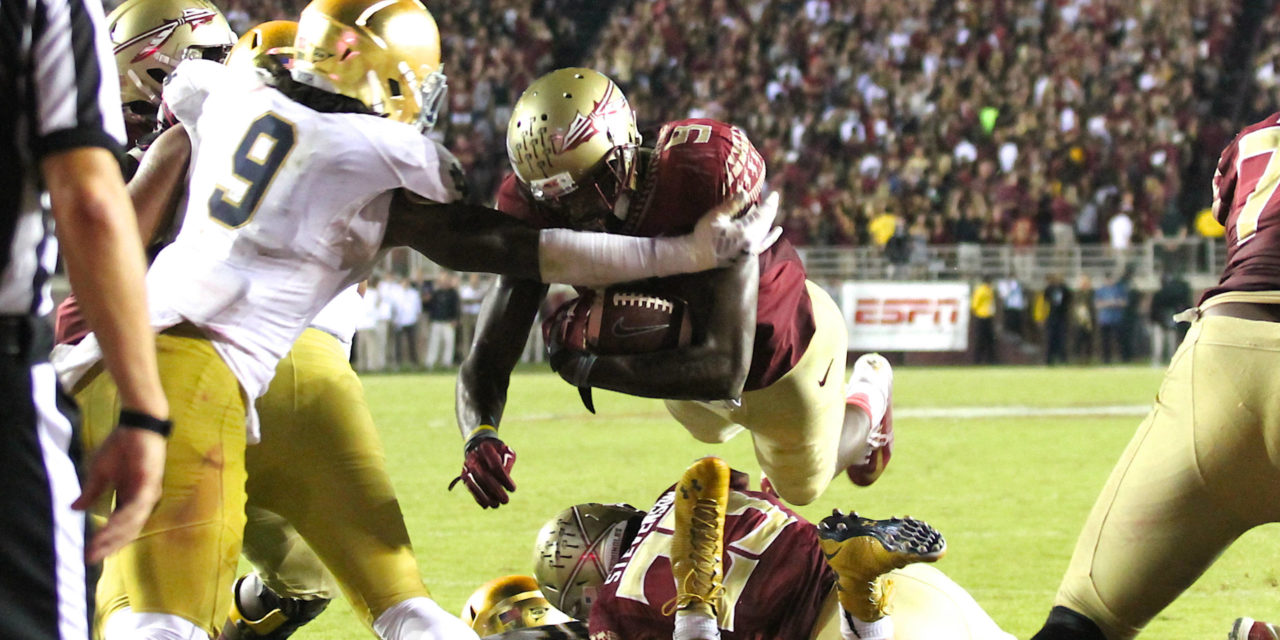 Florida State finally got in the win column last week under first-year head coach Mike Norvell. It wasn’t something to rave about but the Seminoles erased an early 14-point deficit in a 41-24 win over Jacksonville State.

On Saturday, FSU may face its toughest test yet. The Seminoles will go on the road to face No. 5 Notre Dame.

The Fighting Irish are off to a 2-0 start and just two years removed from a College Football Playoff berth. There have been some big moments historically between the Seminoles and Fighting Irish. Here’s a look at the top six that went the way of the Seminoles:

(20) FSU 19, Notre Dame 13
Oct. 10, 1981
The first meeting between Florida State and Notre Dame wasn’t decided until the final quarter. FSU led 13-6 through three, but Notre Dame tied the game on the first play of the fourth quarter. Less than midway through the fourth, James Harris came up with an interception of Notre Dame quarterback Blair Kiel to set the Seminoles up at the Fighting Irish’s 30-yard-line. That would set up Rick Stockstill’s second touchdown pass of the day to Michael Whiting — this one five yards — to put FSU ahead for good. Whiting finished with 125 yards of total offense and both FSU touchdowns. Running back Ricky Williams rushed for 135 yards for the Seminoles.

(25) FSU 18, Notre Dame 14
Dec. 29, 2011 (Champs Sports Bowl)
Florida State had won three straight bowl games, but extending that streak seemed to be unlikely in the 2011 Champs Sports Bowl. Through three quarters, FSU was on the short end of a 14-3 score. The Seminoles found the end zone on the first play of the final period when quarterback EJ Manuel hit Bert Reed for an 18-yard touchdown. Linebacker Nigel Bradham came up with a big interception for FSU on the next Notre Dame drive before Manuel found Rashad Greene for the 15-yard score that would put the Seminoles ahead for good. FSU capped a streak of 18 unanswered points with a Dustin Hopkins field goal before Terrence Brooks intercepted Notre Dame’s Tommy Rees in the end zone with less than three minutes to play to seal the win.

4. Dunn Wins it in Orlando

Notre Dame 16, (8) Florida State 23
Nov. 12, 1994 (Orlando)
It wasn’t the contest the prior year’s “Game of the Century” was in South Bend, but for four quarters in Orlando late in the 1994 season, Notre Dame gave FSU all it wanted. Down 16-10, it looked as if Notre Dame was about to take the lead with 5:17 to play when quarterback Ron Powlus hit Derrick Mayes for an 11-yard touchdown. The extra point was no good. It took the Seminoles less than two and a half minutes to respond. Four plays after a 49-yard completion from quarterback Danny Kanell to Kez McCorvey put FSU in the red zone, Warrick Dunn scored from five yards out to put Florida State ahead for good. Dunn and fellow running back Rock Preston combined for 328 yards rushing and two touchdowns.

(5) Notre Dame 27, (2) Florida State 31
Oct. 18, 2014
Reigning national champion Florida State had won 22 games in a row as it hosted Notre Dame for a top-5 match-up, but that streak looked to be in jeopardy. With just seconds to play, FSU led, 31-27. After converting a long fourth down earlier in the drive, Notre Dame faced 4th-and-goal from the 2-yard-line as time ticked away. On the decisive play, Notre Dame quarterback Everett Golson found Corey Robinson for what appeared to be the go-ahead touchdown with just 13 seconds remaining. Unfortunately for the Fighting Irish, offensive pass interference was called and they were pushed back 15 yards. Jacob Pugh’s second interception of the night — this one in the end zone — would seal the win for the Seminoles.

2. Rally in the Orange Bowl

(8) FSU 31, (6) Notre Dame 26
Jan. 1, 1996 (Orange Bowl)
Florida State had won 10 bowl games in a row, but Notre Dame’s touchdown early in the fourth quarter of the Orange Bowl to cap the 1995 season put No. 11 in serious doubt. The Fighting Irish led 26-14, but the Seminoles would respond with 17 unanswered points over the final 10 minutes. After Danny Kanell’s 11-yard touchdown pass to E.J. Green drew FSU to within five, Kanell hooked up with Andre Cooper for a third touchdown on the night with over six minutes to play to put the Seminoles ahead for good. The 2-point conversion extended the lead to 29-26. With two minutes left, FSU sealed the win when Reinard Wilson forced Notre Dame’s Tom Krug into an intentional grounding in the end zone for a safety.

(5) FSU 37, Notre Dame 0
Nov. 1, 2003
In its first trip to South Bend since the 1993 “Game of the Century”, Florida State handed Notre Dame its second-worst home loss ever with a 37-0 shutout of the Fighting Irish. Quarterback Chris Rix passed for 327 yards and three touchdowns, including two to Craphonso Thorpe in the win. Thorpe finished with 217 yards receiving in the victory. With Notre Dame in FSU territory early in the fourth quarter, Leroy Smith put the exclamation point on the win by returning a Brady Quinn interception 90 yards for a touchdown. Stanford Samuels and Jeff Womble also each had interceptions for the FSU defense in the win. 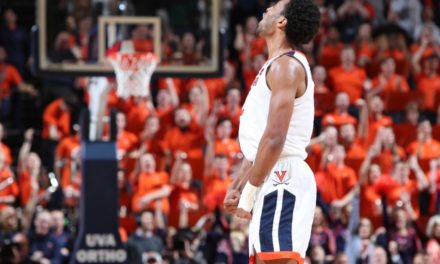 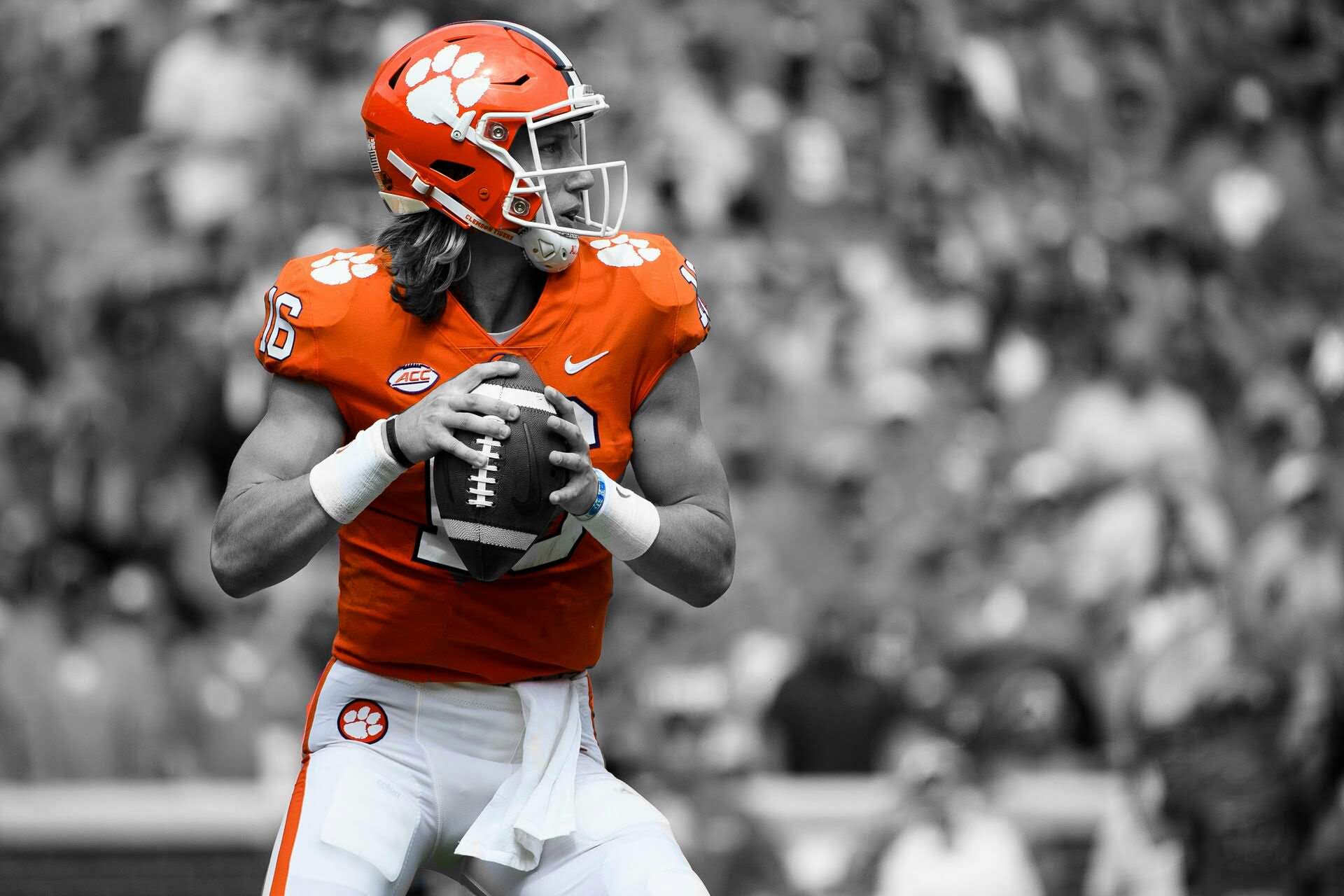