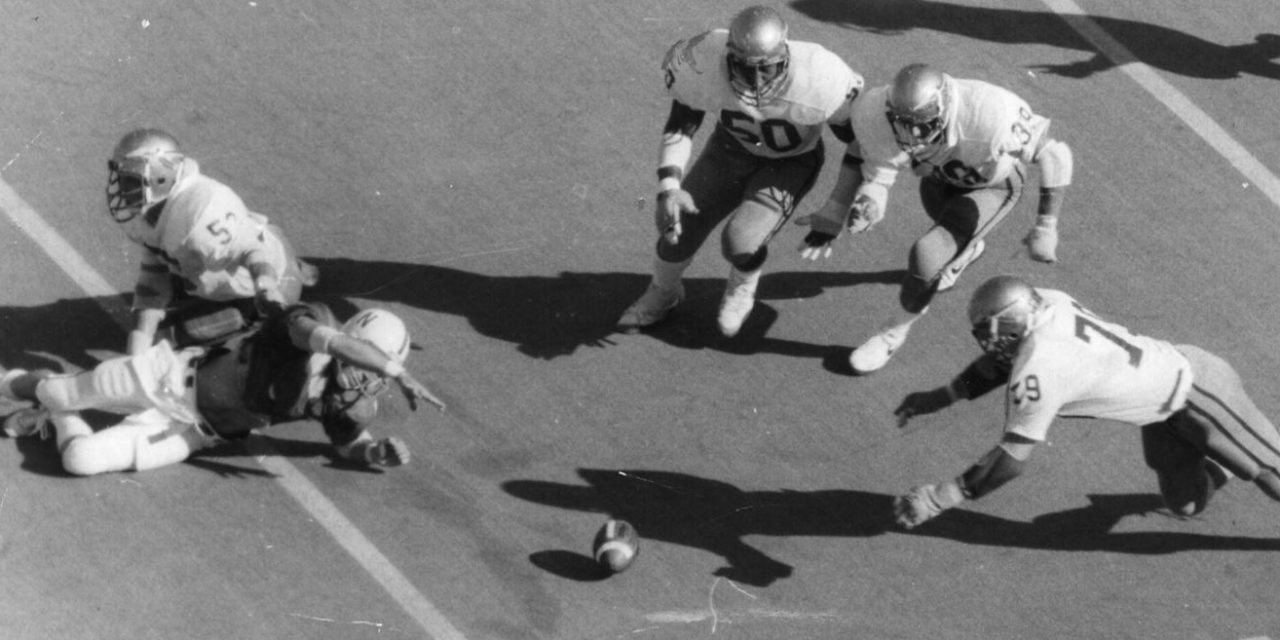 When Bobby Bowden arrived at Florida State in 1976, the Seminoles had won a combined four games in three seasons.

Bowden brought FSU to national prominence with his willingness to go into hostile environments, play major programs and beat them. One of his marquee early victories took place on this day 40 years ago as the Seminoles stunned No. 3 Nebraska in Lincoln, 18-14.

Florida State had finished the regular season undefeated in 1979, but were blown out by Oklahoma in the Orange Bowl, 24-7. Still, the Seminoles weren’t getting all that much respect as a program when they arrived in Lincoln on Oct. 4, 1980. FSU was 3-1, but coming off a tough 1-point loss at rival Miami.

Nebraska was 3-0 and ranked third as it arrived in Lincoln. The Cornhuskers had defeated No. 11 Penn State the week before and were coming off back-to-back top-10 finishes.

Things looked as though they would go as planned for Nebraska early. The Cornhuskers raced to a 14-0 lead behind two touchdown passes from Jeff Quinn to Todd Brown, but it would be the last time they would score.

FSU kicker Bill Capece broke up the shutout late in the first half with a 32-yard field. It would begin a string of 18 straight points.

Capece’s second field goal made it a 1-score game early in the third quarter before Sam Platt found the end zone from six yards out. The Seminoles were unable to convert the 2-point try, but went ahead for good on Capece’s third field goal. His 40-yard make gave the Seminoles a 15-14 lead after three quarters.

Capece made a fourth field goal with less than three minutes to play to extend the FSU lead to four. Nebraska now had one possession to try to win the game with a touchdown.

With the pressure on Nebraska’s offense, it seemed to be the FSU defense that was losing its composure. Two pass interference penalties coupled with a couple timely completions from Quinn, including a 23-yarder to John Noonan moved the ball into the red zone.

After a 5-yard run by Quinn, Roger Craig went 13 yards to the FSU 3-yard-line. Craig fumbled on the play, but the Seminoles were unable to recover.

As time ticked away, Nebraska faced 1st-and-goal from the 3-yard-line. Following an incomplete pass, Quinn rolled out, where he was hit by FSU star linebacker Paul Piurowski. The ball popped loose and Garry Futch fell on the football for the Seminoles with 10 seconds left to seal the win.

The costly late-game turnover was the fourth of the day for Nebraska. The Cornhuskers outgained FSU 368-166, but the Seminoles made one timely play after another on defense.

Piurowski finished with 18 tackles to go with his game-saving sack. Keith Jones and Monk Bonasorte each had interceptions for the FSU defense.

The Seminoles improved to 4-1 and won each of their final six regular season games. FSU capped the year with an 18-17 loss to Oklahoma in the Orange Bowl, but finished No. 5 in the final polls — its highest final ranking ever at the time.

Nebraska also reeled off six straight wins afterward before falling to Oklahoma in a contest that ultimately decided the Big 8. The Cornhuskers beat Mississippi State in the Sun Bowl to finish No. 7 in the final polls.

For FSU, the victory at Nebraska helped bring national notoriety to a program that had considered eliminating football a decade prior. As the Seminoles exited Memorial Stadium, hometown fans in red applauded the visiting team’s effort with a spontaneous standing ovation. It happened on this day four decades ago. 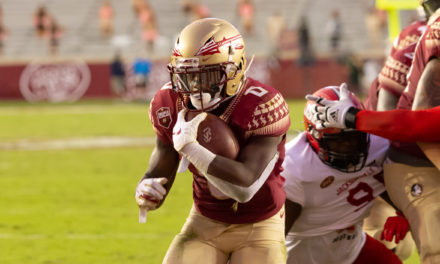 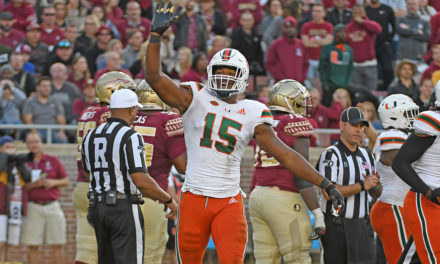 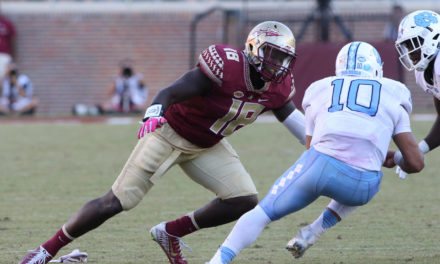