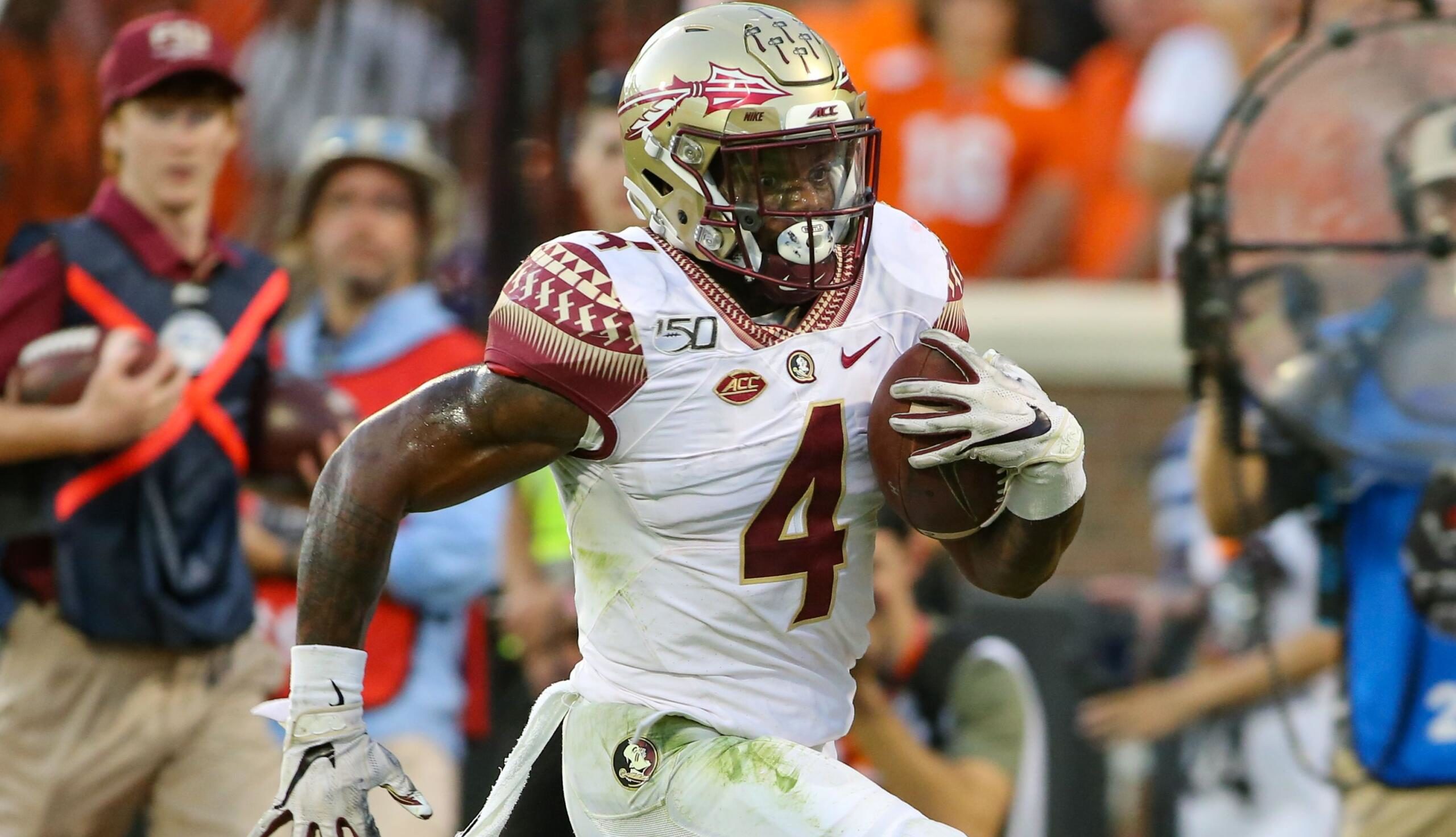 Once a 5-star prospect out of Virginia Beach, it was reported last week that running back Khalan Laborn and Florida State were parting ways.

Laborn was dismissed for violating team rules after spending three years in Tallahassee. Injuries played a large role, but Laborn finishes his FSU career with less than 300 career yards rushing and just 400 yards from scrimmage.

When it comes to blue-chip running backs, Florida State has had its share of high-highs and low-lows over the last decade or so. Unfortunately for Laborn, he qualifies under the latter.

Laborn committed to FSU in style, arriving in a Lamborghini to The Opening in 2016. Laborn never quite lived up to his hype.

The MVP of the Under Armor All-American game, Laborn was redshirted in 2017. After earning spring game MVP honors the following spring, Laborn suffered a season-ending kneecap injury early in 2018. All of his rushing yards came last season when he went for 297 yards on the ground and four touchdowns.

Laborn was among eight blue-chip running backs signed by FSU from between 2012 and 2017. Of those, five recorded fewer than 500 career rushing yards.

For some, that was no fault of their own. Ryan Green, a 4-star class of 2013 signee, was buried on the depth chart behind the likes of Dalvin Cook and Jacques Patrick. Green spent five seasons at FSU, but managed just 395 career rushing yards.

Mario Pender, a 5-star prospect for 2012, battled injury and eligibility issues before ultimately being dismissed following an arrest in 2016. Pender finished with just 346 yards rushing and four career touchdowns.

Amir Rasul was a 4-star prospect in 2016, who spent three seasons with FSU. Much like Green, Rasul was just unable to work his way up the depth chart. Rasul left after the 2018 season with 244 career yards rushing and just one touchdown.

Laborn becomes the second blue chip running back from the class of 2017 to leave the program. Zaquandre White, a 4-star prospect from Fort Myers, left in January 2019 without ever carrying the ball. White moved to linebacker and tallied 22 career tackles for the Seminoles.

Although players like White and Laborn never lived up to their lofty expectations in Tallahassee, there were those who had great careers in recent years. Fellow 2017 signee Cam Akers was recently drafted by the Los Angeles Rams after a stellar college career.

For all his success, Akers had the misfortune of following the greatest back in FSU history. A 5-star signee in 2014, Dalvin Cook obliterated the FSU rushing records in his three years on campus.

After becoming the first Seminole to rush for 1,000 yards as a freshman, Cook set the career records for rushing yards and touchdowns. In 2016, Cook was named a Consensus All-American. In his hometown of Miami, Cook finished with 207 yards from scrimmage and a touchdown to help FSU cap the year with a 33-32 victory over Michigan in the Orange Bowl to finish in the top 10 for a fourth time in five years.

The other back on the list is Jacques Patrick. A 4-star signee from Orlando in 2015, Patrick spent most of his time as a change-of-pace back behind Cook and Akers. Still, he was a consistent performer on the field.

The dismissal of Laborn is certainly disappointing for FSU, but it isn’t a huge blow. The Seminoles still look to be pretty deep in the backfield.

Jashaun Corbin, a transfer from Texas A&M, will compete for carries with junior college transfer La’Damian Webb and freshmen Lawrance Toafili and Corey Wren. Toafili is the first blue chip running back to sign with the Seminoles since the 2017 trio of Akers, Laborn and White. He hopes to put an end to the trend of under-performing backs.