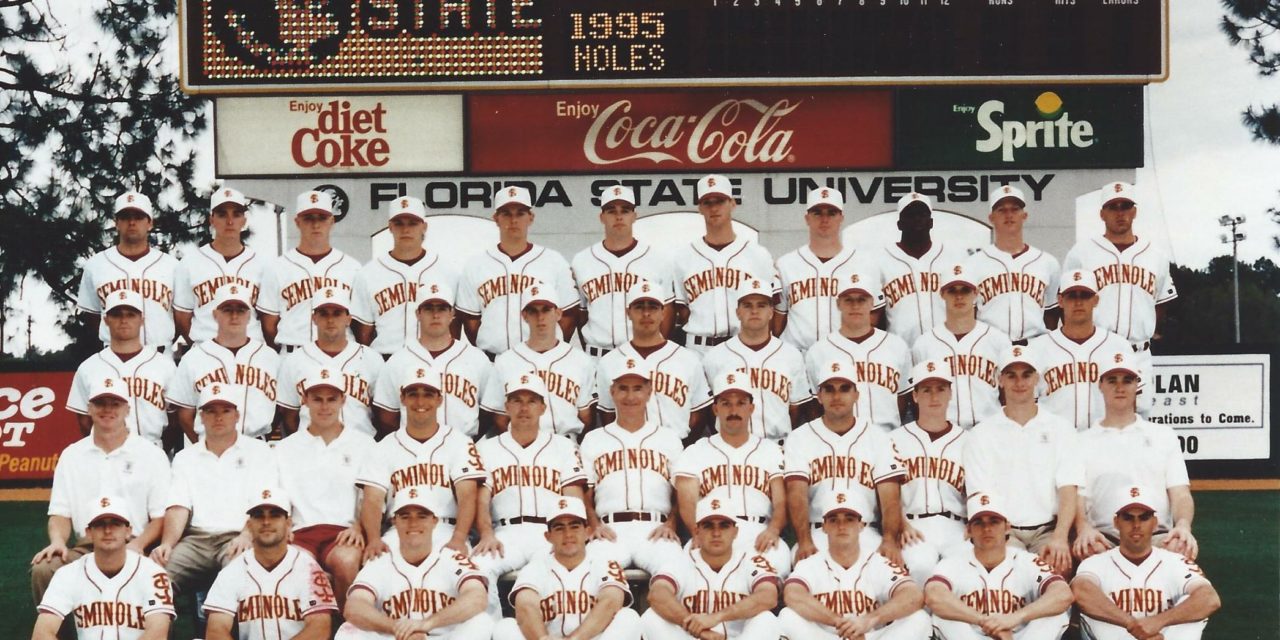 Upon entering the ACC, Florida State was an immediate force to be reckoned with on the baseball diamond.

It wasn’t until the Seminoles’ fourth season as a member however, that they were able to own the title of conference champions. That came to fruition on this day 25 years as FSU was able to get the Clemson monkey off its back to win the ACC Championship, 8-2.

The ACC Championship on May 21, 1995 marked the second year in a row that FSU played for the conference title. FSU had done so in 1994, but was defeated by Clemson, 11-0.

The Tigers also downed the Seminoles 4-1 in the 1994 ACC semifinals. Then under a double-elimination format in Greenville, Clemson had handed FSU its only loss of the 1995 ACC Tournament.

FSU’s stay in Greenville began with a 6-0 win over North Carolina and a 12-6 victory over Virginia. The Seminoles were then blasted by the Tigers, 11-0. On May 20, FSU rebounded to top North Carolina 10-1 and Clemson 12-2 to force a winner-take-all with the Tigers.

The Tigers ended up not breaking up the shutout until the ninth inning, but by that time, it was too late. Johnson went the distance for the Seminoles, allowing just two runs on five hits with one walk and five strikeouts.

Johnson made quick work of the Tigers as the contest lasted just over two hours.

In the previous two ACC Tournament contests against Clemson, the Seminoles had totaled just one run and 12 hits. FSU had been blasted 11-0 by the Tigers on just three hits earlier in the ACC Tournament, but erupted the day prior to the title game with 12 runs. After being blanked for three innings, the bats woke up.

The Seminoles broke things open with four runs in the bottom of the fourth inning. They would add two more in each of the next two innings to take an 8-0 lead.

J.D. Drew and Jeremy Morris each blasted 2-run homers for FSU in the decisive game. Catcher Mike Martin Jr. was 2-for-4 with two RBIs and two runs scored in the win. Randy Hodges went 2-for-3 with a pair of runs scored for Florida State.

With the game already well in doubt, Seth Brizek and Paul Galloway each scored runs for Clemson in the top of the ninth. Clemson left just two men on base.

For his stellar outings in Greenville, Johnson was named the ACC Tournament MVP. Johnson along with Morrs, first baseman Doug Mientkiewicz and second baseman Mickey Lopez were all named to the All-Tournament team.

As far as the 1995 season goes, FSU would earn the No. 2 national seed and sweep through the Tallahassee Regional to reach Omaha. After opening the College World Series with a thrilling walk-off win over Oklahoma, FSU lost back-to-back games to Miami and USC.

The No. 4 national seed, Clemson would also reach Omaha that year. The Tigers lasted just two games as they fell to Tennessee and Stanford.

The win over Clemson served as Florida State’s first ACC title, but it would not be the last. FSU would win the ACC by again beating Clemson two years later in 1997. 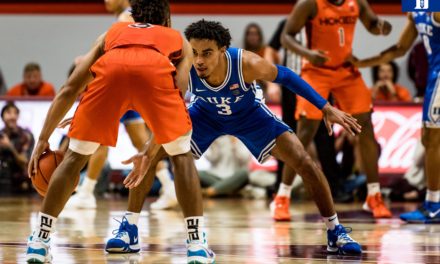 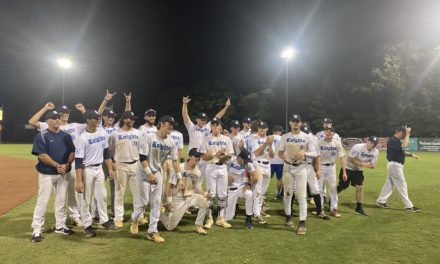