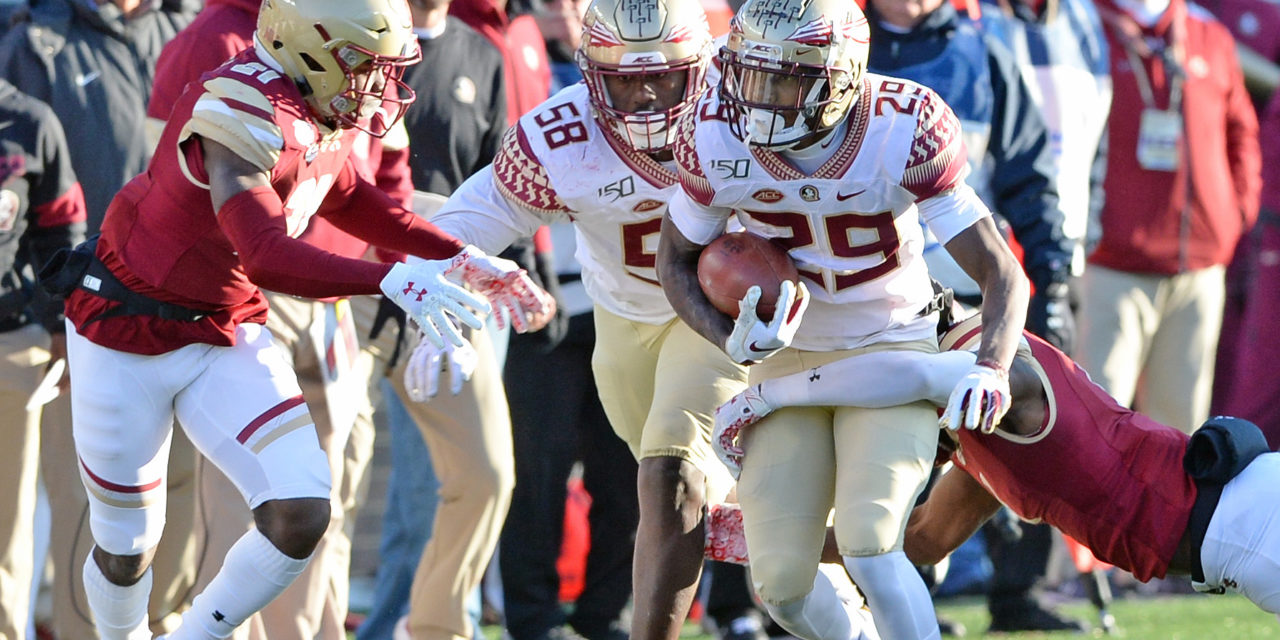 Bowl-eligibility is just one win over an FCS school away for Florida State following a thrilling 38-31 victory over Boston College. The Seminoles went ahead for good with under two minutes to play as quarterback James Blackman hit D.J. Matthews for a 60-yard touchdown.

The victory for FSU is its first since last year’s win over Louisville. To recognize the Seminoles who shined above the rest, Fifth Quarter moderators give out their game balls. Recognizing the top-performing Florida State players this week are Mike Ferguson, Cory, Rednollah, Garlic Wing Sauce, Chase Griggers and Fox15GT.

Mike, Rednollah, Garlic Wing Sauce, Chase and Fox15GT: James Blackman, QB
Back as the starter for the first time since the Oct. 19 loss at Wake Forest, redshirt sophomore quarterback James Blackman had his best performance of the year. Blackman finished the day 18-26 passing for 346 yards and two touchdowns, including the game-winner. Blackman also tied a career-high with 29 yards rushing, including a couple of big runs to get FSU out of trouble and extend drives.

Cory: FSU quarterbacks
In addition to Blackman’s 375-yard day, redshirt freshman Jordan Travis also shined in his first action of the season. Travis carried the ball three times for 94 yards and two touchdowns. Travis scored on a 23-yard run on his first play as a Seminole to give FSU its first lead on the opening drive of the second half. With FSU leading 31-24 late, Travis rushed for a 66-yard touchdown – the longest ever by a Florida State quarterback – to put the game away. All in all, FSU quarterbacks accounted for 469 yards and four total touchdowns.

Mike, Cory and Garlic Wing Sauce: Hamsah Nasirildeen, S
In Florida State’s 35-17 win over Syracuse on Oct. 26, Hamsah Nasirildeen’s 17 tackles was the most for an FSU player since 2005. In Chestnut Hill on Saturday, Nasirildeen had the most total tackles for a Florida State player in more than five decades. In the win, the junior from North Carolina recorded 22 total tackles – good for third-most in school history. Nasirildeen had 11 solo stops and 11 assists in the victory.

The last time that an FSU player recorded more was in 1968 when Dale McCullers tallied 26 stops in a 9-3 loss to Florida. McCullers would beat his own record a week later with 29 tackles in a 20-14 upset win over Texas A&M. For the year, Nasirildeen leads the Seminoles with 85 stops. FSU hasn’t had a player tally 100 tackles in a season since Reggie Northrup in 2014.

Rednollah: Stanford Samuels III, CB
In a contest that many saw as a must-win, junior cornerback Stanford Samuels III played with incredible effort. Samuels tallied nine tackles, including a key stop on a screen that may have saved a Boston College touchdown late in the first half. He also had the late interception of BC quarterback Dennis Grosel that set up Jordan Travis’ game-sealing touchdown run. Samuels is now one of six FSU players with an interception this season.

Chase and Fox15GT: Emmett Rice, LB
Linebacker play hasn’t been great for Florida State this season, but redshirt junior Emmett Rice has been a bright spot. In Saturday’s win, Rice recorded seven tackles and the game’s only sack. Rice also had a pass break-up in the victory. With 52 stops this season, Rice is the third leading tackler for the Seminoles and the top player at his position in that category.

Mike and Rednollah: Ricky Aguayo, K
Florida State’s special teams has been a bigger liability this season than a strength, but after a rough start, senior kicker Ricky Aguayo has now made consecutive field goals. Aguayo got the scoring started for FSU on Saturday with a 20-yard make and was a perfect 5-for-5 on extra points. Aguayo is now 6-for-11 on field goal attempts this season and perfect on extra points.

Cory, Garlic Wing Sauce, Chase and Fox15GT: Isaiah Bolden, CB
Although he did fumble once – and recovered – Isaiah Bolden gave Florida State a real spark in the return game on Saturday. Bolden averaged nearly 27 yards per return on three kick returns, including those of 41 yards and 29 yards. His final return set FSU up at its own 41-yard-line as the Seminoles would go ahead for good two plays later. 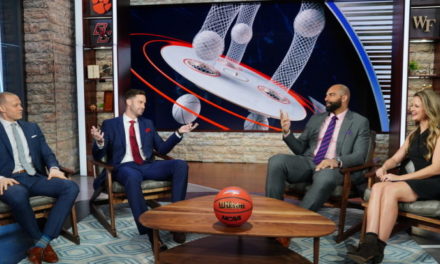