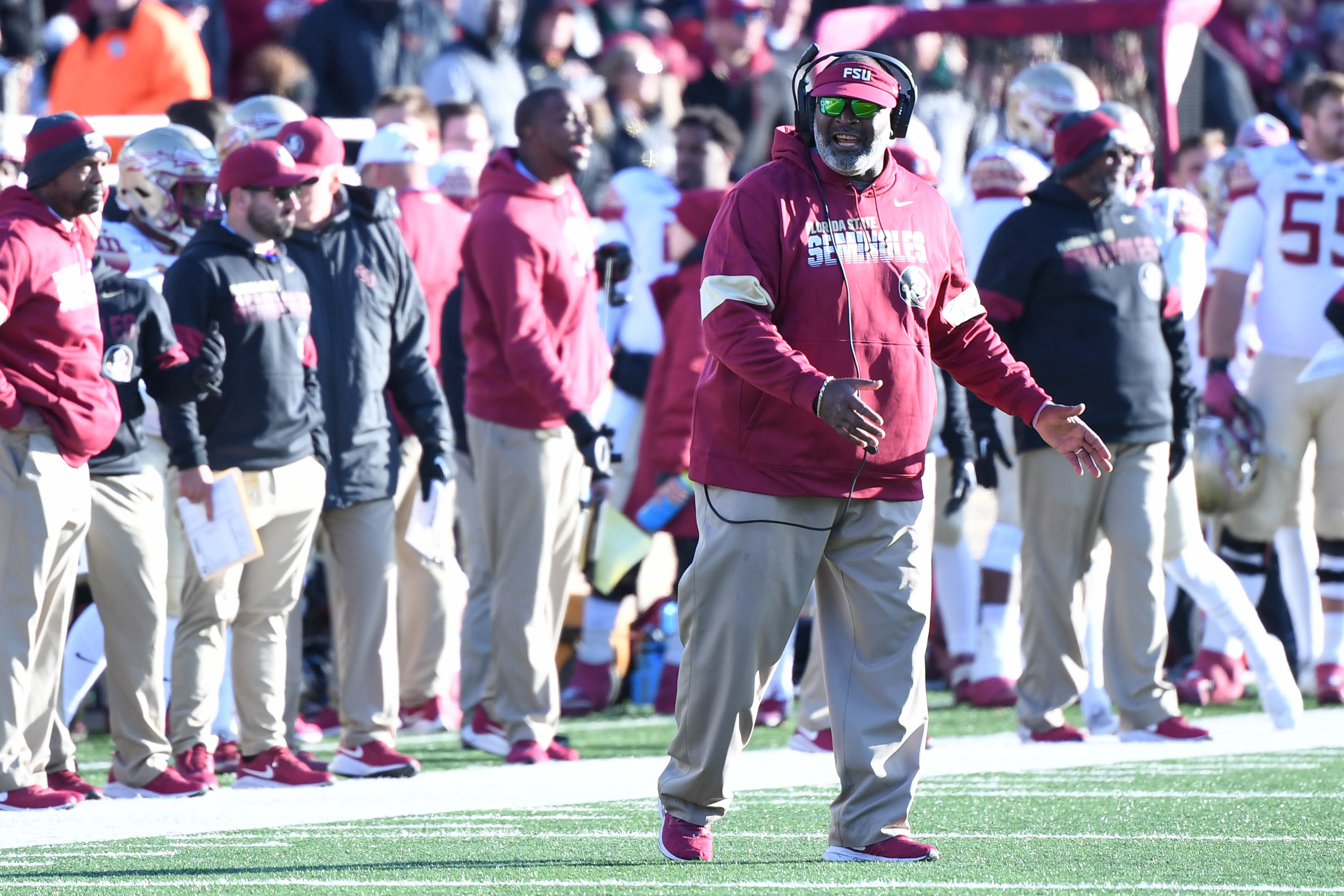 As the daughter of a FHP officer who was one of Bobby Bowden’s escorts, I grew up on the sidelines of Doak Campbell Stadium. I witnessed both greatness and loss. Countless experiences – losses to SEC teams. Missed kicks to Miami. The first Florida State game that I can recall was a flood against Florida – a 17-13 loss.

I’ve seen all three national championships in my lifetime, but part of the greatness I witnessed was watching a player come out on the field and do a big “O” with his arms to fire up the crowd, and it always worked.

That man, Odell Haggins, moved on – but came back to coach. He coached through the end of the dynasty and through the Lost Decade. He saw the rise of Jimbo Fisher, and two years ago, when Fisher left for Texas A&M, with a 5-6 record, Coach Haggins became Interim Head Coach. We rescheduled the hurricane game against Louisiana-Monroe to save our bowl streak. I confess – I haven’t been to as many games since Coach Bowden “retired”. But I went to that one. I wanted to see Coach Haggins coach our guys to a bowl game – which is exactly what he did.

Of all the memories, all the suspenseful moments, and all the emotion, that is the best game I ever witnessed. We were hurting, trying to heal from being spurned, and the one who is us came back and saved us. With Willie Taggart’s departure, Odell is tasked with saving aother team. No matter what our circumstances are, watching him coach from the sidelines as an experience that should never be missed.

Go to the Alabama State game.

Yes – Alabama State is an FCS team. And yes, we’re going to win. Furthermore, I’m aware that it’s a noon kickoff. But for the man who has given 30+ years to this program, you need to be there. Be there for Odell. Yell and scream and holler because Odell deserves it. He’d never tell you he deserves it, but I will. Go to the game. Go celebrate when we start a new bowl streak. And know that the man who has been there for FSU is still there – Odell Haggins.