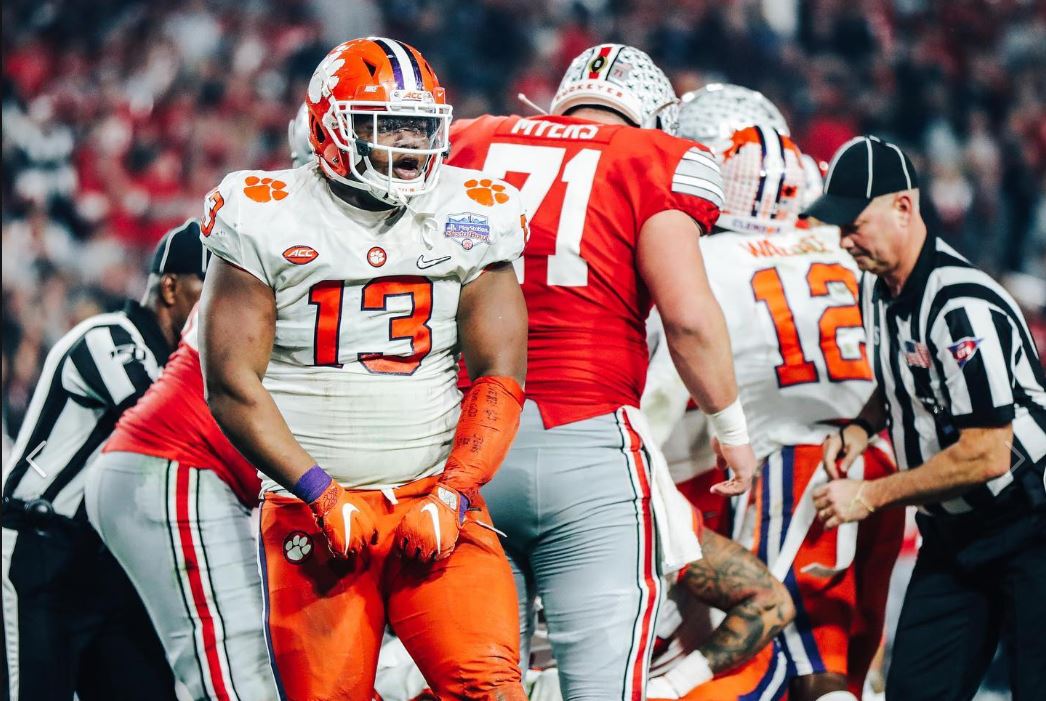 For example, Georgia linebacker Nolan Smith, who is a tremendous pass rusher (15 pressures in limited snaps) will not count because of his positional designation. A guy like Miami’s Gregory Rousseau is listed as a defensive lineman on the Hurricanes’ official roster, so he will count. Making the list at No. 4 was Florida State.

As move into the top three, we stay in the ACC. Coming in at No. 3 is Clemson.

Dabo Swinney’s defensive line has lost a lot over the past few years, yet still might have more upside than ever. Defensive tackle Nyles Pinckney and defensive end Justin Foster are the senior leaders of this Tigers squad. They both are coming off of seasons where they earned All-ACC honors. The two combined for 14.5 tackles for loss just in 2019. Clemson would like to see more consistency from Pinckney this year, but overall, it has two solid veterans.

The wild card is defensive end Xavier Thomas. After being voted a Unanimous All-Freshman team selection in 2018, his production slipped a bit in 2019. He recorded eight tackles for loss and two sacks last year, which are both lower totals than in his true freshman year. From the film, Thomas is a guy who needs to get more powerful at the point of attack. He likes the swim move and attacking to the outside mostly.

If he can use his hands more aggressively, we will see the bull-rush and inside move to open up. The potential for Thomas is through the roof, so keep an eye on him. Defensive end K.J. Henry is another guy to watch. A redshirt sophomore, Henry will rotate in with Foster and Thomas. Henry will be especially important on third-down situations.

With all this experience and returning talent, we still haven’t mentioned arguably the best player on this line from last year. Defensive tackle Tyler Davis was an absolute standout as a true freshman. In 13 starts as a true freshman, Davis had 51 tackles, nine for loss, 5.5 sacks, and two pass break-ups. A freshman starting that many games are ridiculous, but the film shows why Swinney and staff were comfortable with Davis on the field.

There are lots of returners for the Tigers on this defensive line, but Swinney’s staff recruited some absolute studs. 5-star Myles Murphy and 4-star Demonte Capehart are two of the guys that can provide depth and production immediately. The best recruit in the entire country was 5-star Bryan Bresee and he will join the Tigers, looking for a starting spot immediately. Clemson should have the talent and depth to be a top-3 defensive line in 2020.