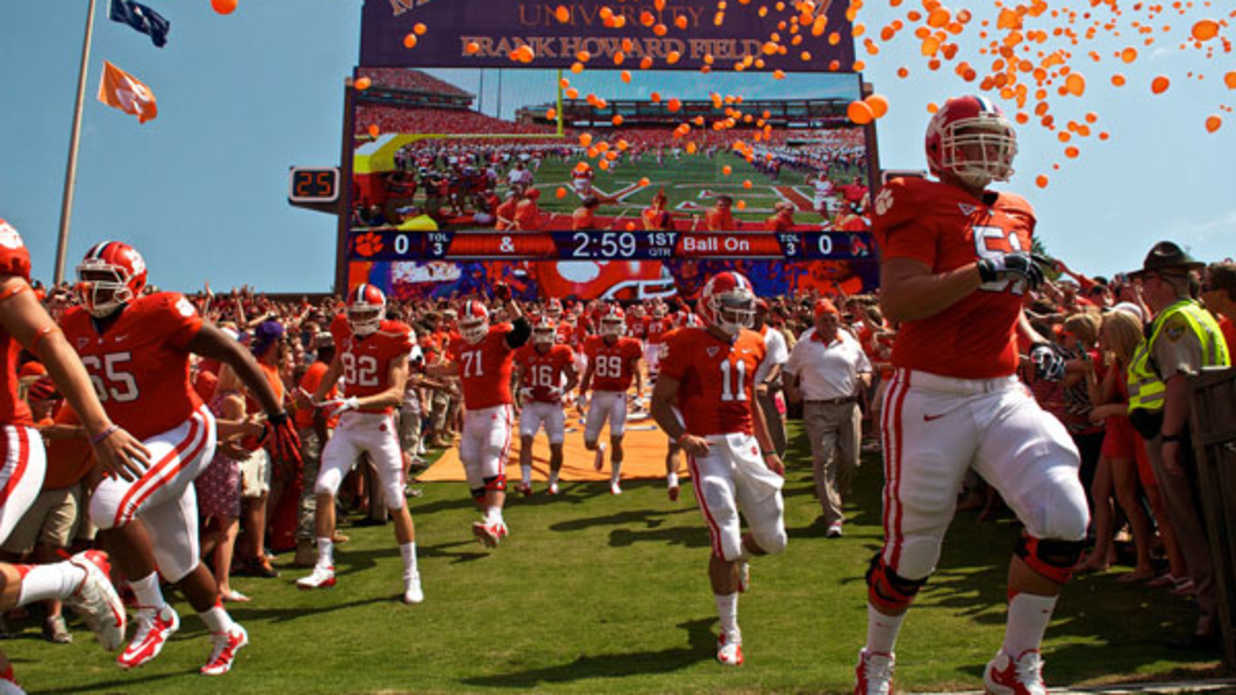 With college football constantly evolving, one of the more popular trends over the last decade is neutral-site games, especially in Week 1. During college football’s first full week, we usually see the Chick-fil-A Kickoff Game in Atlanta or something at “Jerry World” in Dallas.

There is an argument to be made however, that most fans would rather see these huge matchups at home. For instance, Florida State and LSU will kick off the 2022 season on Labor Day weekend in New Orleans. They’ll rematch in Orlando in 2023.

Many would rather see these teams play at their home venue. Sure, there is a financial aspect, but playing at home is going to be the focus of this article — particularly winning at home.

Here is the list of the longest current winning streaks at home stadiums:

It’s amazing how spoiled some in the Clemson fan base have become under the direction of head coach Dabo Swinney. Some were disappointed in its 2021 season as the Tigers failed to reach the College Football Playoff, a major bowl or win the ACC. But what the select few Clemson fans failed to realize is that this is Swinney’s 11th straight season with at least 10 wins. How could a fan base not be excited about that? Plus, let’s look at that number 34. Clemson has now won 34 consecutive home games. Its last home loss was way back in 2016 — a season in which it still won the national championship.

The Bearcats of Cincinnati were the ones to finally put the Group of 5 over the top and reach the College Football Playoff. Over the past four seasons under head coach Luke Fickell, the Bearcats have not lost a single home game. These past four seasons, Nippert Stadium has seen four ranked teams come into it and watched all four teams come away with losses. With the Bearcats entering Big 12 play in the near future, their new friends probably aren’t exactly anticipating that trip to Cincinnati, Ohio.

As crazy as it sounds, the Oregon Ducks have not lost a home game since 2018. Autzen Stadium may hold only 54,000 people, but it holds a lot of sound from a passionate fan base. A lot could be said about former head coach Mario Cristobal, but he did leave the program in solid standing. Dating back to 2018, Oregon has a 19-game home winning streak and a pair of Pac-12 championships.