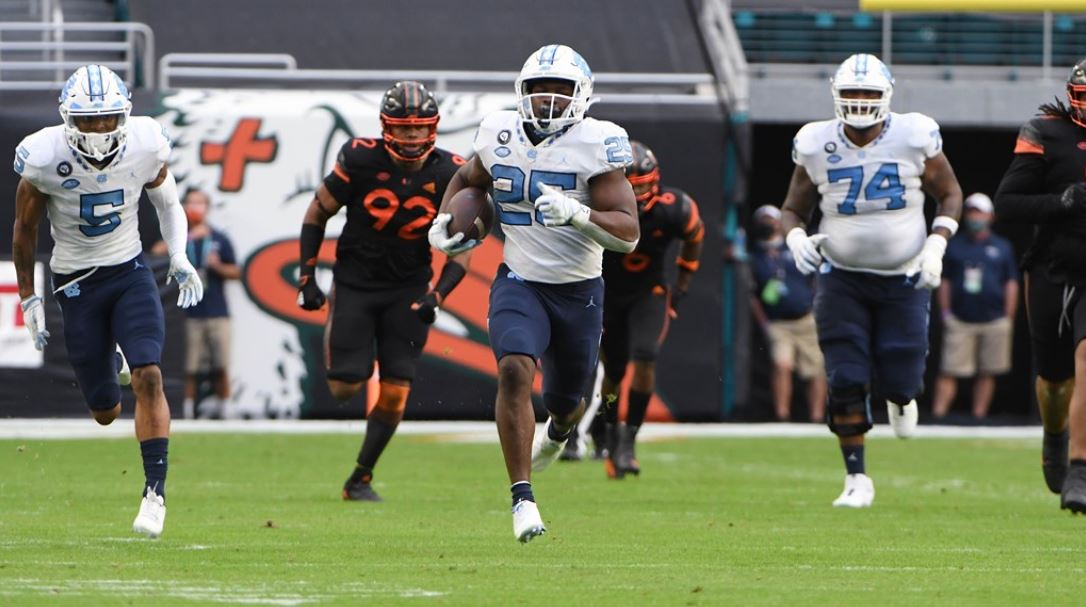 There was plenty of doubt we would make it, but conference championship week has indeed arrived.

In the final full week in the ACC, each of the five games were decided by multiple possessions for a combined total of 111 points. However, there is plenty to take away as several teams have played their final snaps of 2020.

Here is a break down of every ACC football game from last weekend:

As has been a theme this seasons, the Panthers (6-5) handled a lower caliber team exactly how they should. In fact, in Pat Narduzzi’s 5-5 ACC season, Pitt defeated each team with a losing record and lost to every team with a winning record.

Quarterback Kenny Pickett did not have a great day by any means. He was overall solid but had some uncharacteristic missed throws down the field. It was actually the surprise breakout of Vincent Davis that propelled Pitt’s offense. Davis was averaging a modest 30 yards per game and decided to run for 247 in this one.

Georgia Tech (3-7) will finish the season with three wins for the second time in the two-year Geoff Collins era. It is fair to say that the Yellow Jackets have improved though. Quarterback Jeff Sims especially showed flashes of what he could be in the future. As displayed in the film breakdown, Sims has plenty of tools but needs to improve in working through his progressions.

The Georgia Tech transition form the triple option has been a long, gruesome process. As the Yellow Jackets continue to establish a more conventional personnel, the next two years for Collins will be critical.

The main thing that has separated these two teams is the turnover margin. Wake Forest (4-4) entered the game at the top of the FBS, while Louisville was in the bottom five.

On Saturday, aside from an early botched punt, the Cardinals (4-7) played a clean game. Thus, even without Javian Hawkins or Tutu Atwell, Louisville played to its full offensive potential.

Additionally, Wake struggled to stay disciplined and in its gaps. Louisville, which thrives on motions and option reads had a field day on the ground. In both of Scott Satterfield’s games against the Demon Deacons, his offense scored at least six touchdowns.

This game will not drastically change the takeaway about either team’s season but it certainly brings them closer to level ground. Wake Forest will conclude its season by hosting Florida State next weekend.

Prior to this game, there was plenty of debate about what North Carolina (8-3) would have to do to prove to be the favorite for an Orange Bowl bid. The Tar Heels left no doubt with their performance on Saturday.

The amazing thing about UNC is that it barely needed to utilize its superstar quarterback to score 62 points. Michael Carter and Javonte Williams combined for 542 yards on the ground. The offensive line certainly set the edge but these backs deserve a ton of credit for their absolute domination.

Each of them have their specific traits: Carter is more fast and elusive while Williams is more strong and powerful. But they both are dynamic enough to be the featured back in an NFL offense.

Miami (8-2) simply failed to show up in the last week of the season once again. As the score suggests, the defense was absent in essentially every facet.

The Hurricanes’ dominant edge rushing duo was practically neutralized. Miami is still one of the better teams in the conference but it is certainly a disappointment to fall like this with a quarterback like D’Eriq King.

As this game reinforced, Duke (along with Syracuse) is at a different level of inferiority to the rest of the conference. The Blue Deils (2-9) were picked apart by a Florida State offense that has struggled to move the ball consistently all season.

The Chase Brice experiment has clearly failed. In this game though, Duke fans were privileged with seeing true freshman signal caller Luca Diamont. Unfortunately, it came following a Brice injury.

Diamont looked very raw but his high school film is promising. As he continues to develop in the system over the offseason, do not be surprised to see Diamont in the competition for the starting job next year.

The Seminoles (3-6) have had another season to forget but finally, they were able to dominate a team they had a talent advantage over. This is definitely a positive sign for head coach Mike Norvell to take into the offseason as he and staff continue the long rebuilding process.

When it is rivalry week, throw all expectations out the window. That narrative certainly applied to this game. The Hokies (5-6), who were characterized by the head coaching controversy in the recent weeks, absolutely dominated the red hot Hoos.

The reason for Virginia Tech’s victory was simple: one team showed up and the other did not. Virginia Tech did not display anything extraordinary compared to how it has performed the rest of this season. It simply played to its potential and Virginia (5-5) was unprepared.

Braxton Burmeister certainly stepped up to the task, averaging close to 10 yards per pass attempt. The Cavaliers’ defense played plenty of off-coverage and the Hokies took advantage underneath. Virginia Tech also dominated in the trenches, paving the way for another huge day for Khalil Herbert.

In terms of coaching stability, the offseason for these two programs will have two completely different paths. But when push came to shove, the Hokies did what was necessary to take back the Commonwealth Cup. 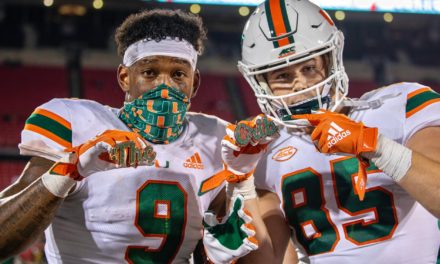 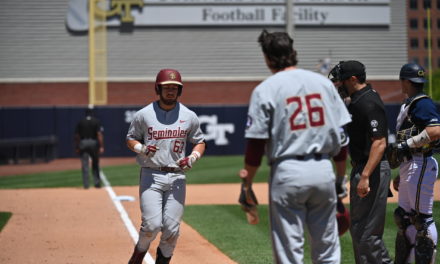 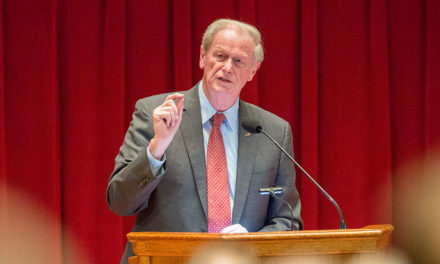 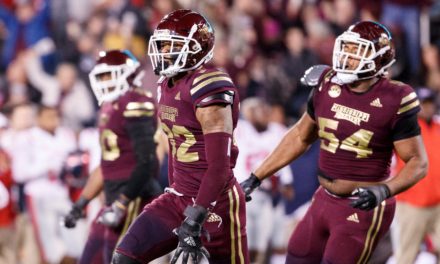