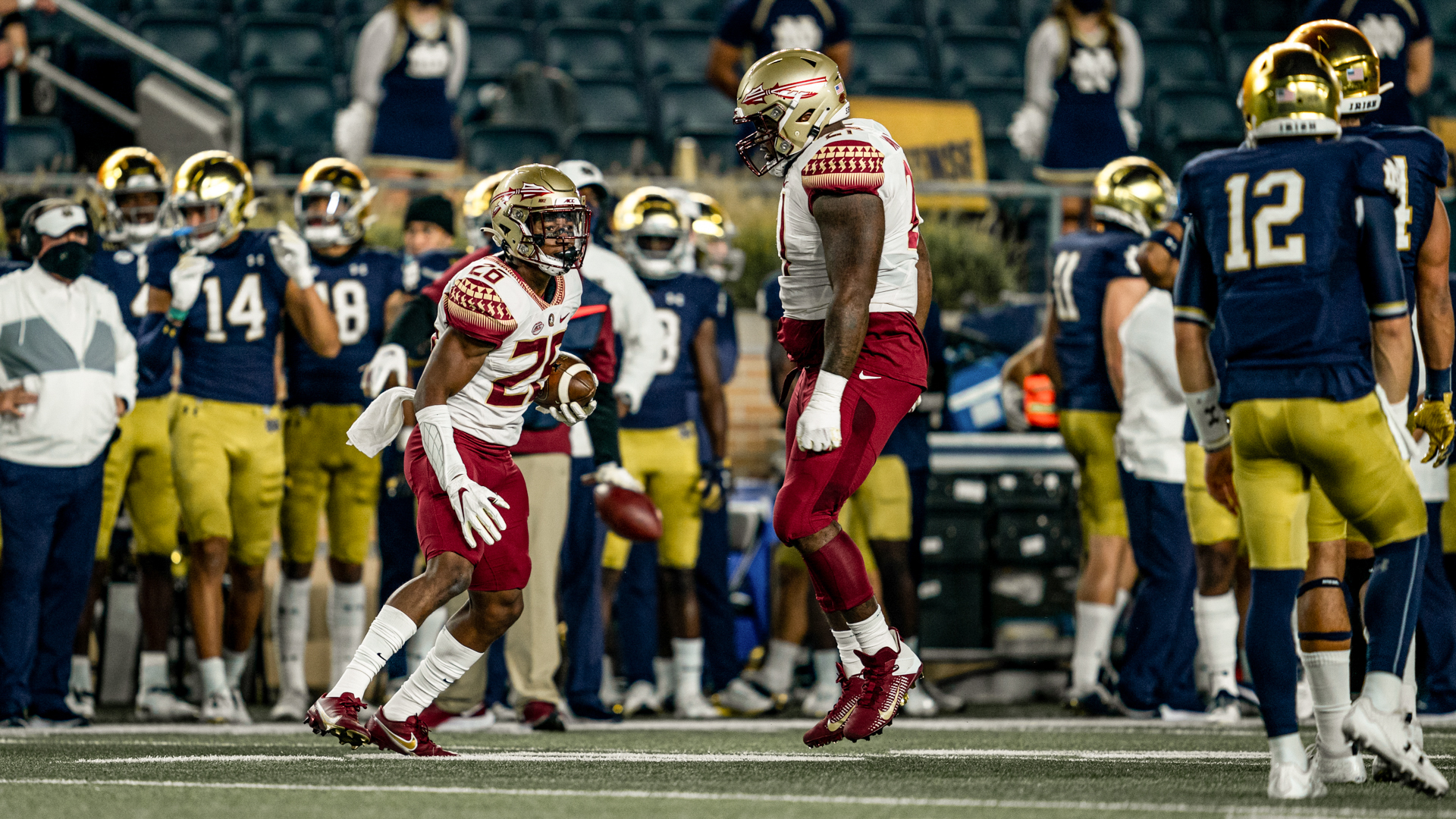 Florida State football found some offense against a Power 5 opponent. Unfortunately, an abysmal showing by the defense resulted in a loss.

FSU’s offense was electric with Jordan Travis at the helm, scoring multiple touchdowns against an FBS opponent for the first time this season. The defense, however, was putrid. No. 5 Notre Dame’s elite offensive line had no issue opening up huge gaps, and the Fighting Irish offense scored with ease.

Despite the 42-26 final score, there’s a lot to like about the effort the Seminoles put forward on Saturday night.

Florida State was rolling with Travis at the helm. The Seminole offense showed great strides against a top-5 opponent.

The Noles averaged 3.8 yards per carry behind the legs of Webb and Travis, scoring two touchdowns on the ground. Travis also managed 204 yards through the air, throwing a touchdown and an interception.

FSU’s offense left a lot to be excited about. The wide receivers had few drops, the offensive line was able to find footing, and Travis was able to hit open receivers.

The offense did not perform well on third downs, however. FSU was only 2-for-14 on third downs on the night. The Seminoles often found themselves in 3rd-and-long due to miscues, and could not convert when faced with those situations.

The Irish offense had no trouble moving the ball on the Seminole defense. Notre Dame averaged 8.3 yards per play and scored 42 points.

The FSU defensive line was bullied throughout the night, unable to get pressure against Notre Dame’s top-10 offensive line. The linebackers looked lost for the majority of the game, taking themselves out of plays with bad reads and over-pursuing.

FSU’s lack of pressure was a major issue in this game. The Seminoles only tallied one tackle for loss, and didn’t achieve a single sack all night.

Surprisingly, the Noles were solid on third down. They only allowed 2 of 7 conversions on the night. The problem being they didn’t force a third down often, only forcing seven in Notre Dame’s t12 drives.