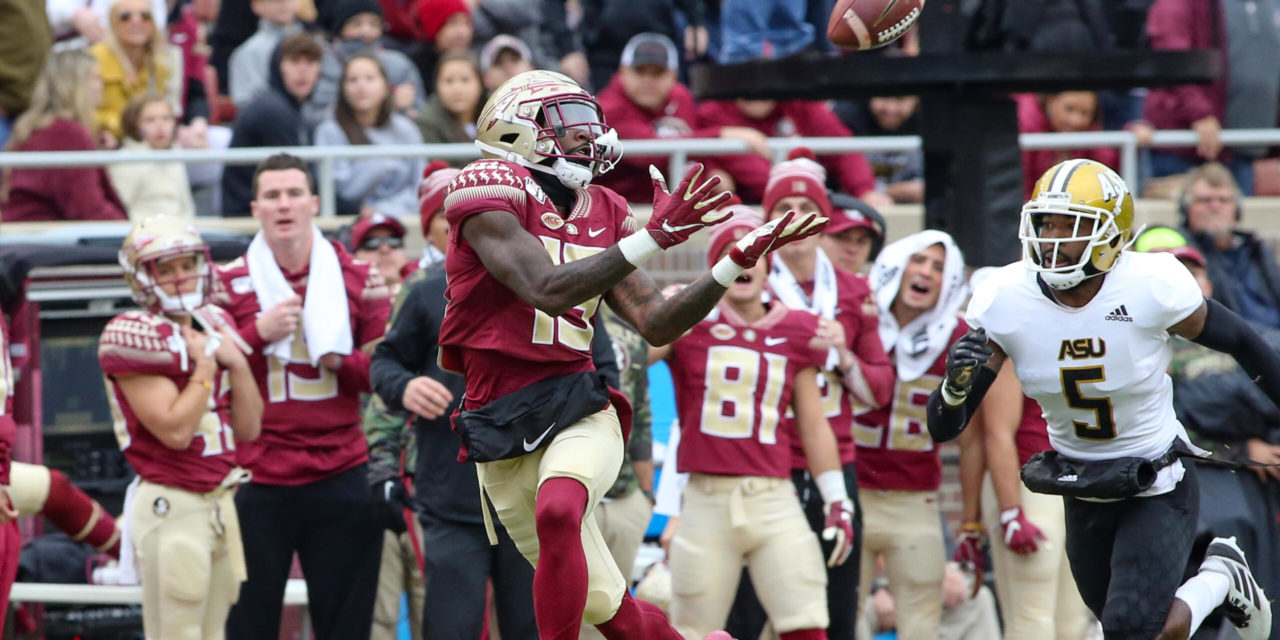 In spite of 2020’s best attempts, Power 5 conferences are still kicking off this weekend. Florida State will be facing Georgia Tech to start the season, and expectations vary wildly. The main source of hesitation for most is the FSU offense.

The offense has been downright awful for the past couple of years, finishing 106th and 73rd in offensive efficiency in 2018 and 2019, respectively.

Despite the recent offensive woes, fans are still hopeful for the upcoming season. Why? Because new head coach Mike Norvell has a background in maximizing talent on offense.

He is coming off of a program-record 12-win season at Memphis and led the Tigers to their first conference championship since 1969.

Let’s take a look at the skill players the FSU offense has to work with in 2020.

The quarterback position has been inconsistent for the Seminoles since Jameis Winston departed for the NFL Draft in 2015. The offense desperately needs someone who can stay poised, throw with consistency, and make quick decisions.

Redshirt junior James Blackman has shown flashes of the talent needed to succeed at a high level. After being asked to start as a true freshman, he led the Noles to a 7-6 season in 2017. Blackman then redshirted in 2018 after appearing in four games. After winning the starting job in 2019, he threw for 2,339 yards with 17 touchdowns and 11 interceptions.

The junior has once again won the starting job for 2020, and there is optimism that he can flourish with a stable coaching staff. If his accuracy, decision-making, and poise has improved in the offseason, FSU will be in good hands.

Behind Blackman is a lot of unproven talent. Promising true freshman Chubba Purdy is out for at least six weeks due to a collarbone injury, and he will likely redshirt for the season. That leaves redshirt sophomore Jordan Travis and true freshman Tate Rodemaker. Rodemaker has won the No. 2 spot after a solid camp, but has yet to see the field for a game at the college level.

Travis owns the third-string position. The athletic quarterback has yet to show the passing skill necessary to be a solid starter. However, after averaging 9.9 yards per carry in 2019, it’s hard to argue he won’t see the field in some capacity. He is an excellent, shifty runner, and is absolutely electric when he carries the football.

One group the Seminoles have had no trouble with in recent years are the running backs. Since Dalvin Cook left for the 2017 NFL Draft, the Noles have been in good shape with Jacques Patrick and Cam Akers.

2020, however, is a new chapter for the Seminole ball carriers. Atop the depth chart are two players who have never seen a single carry at FSU. Texas A&M transfer Jashaun Corbin and junior college transfer La’Damian Webb will share the rock in a running-back-by-committee approach.

After initially committing to FSU in 2017, Corbin followed Jimbo Fisher to Texas A&M. In 2018, the speedy back played in 11 games, averaging 5.4 yards per carry on 57 rushes.

He then played two games in 2019 before suffering a season-ending hamstring injury. There’s a lot to be excited about with Corbin. He has experience at the Power 5 level and had a strong showing at fall camp.

Webb comes in as the third-ranked JUCO running back, according to the 247Sports Composite. He is unproven at the FBS level, but possesses the athleticism needed to succeed at the position and posted impressive stats in high school and junior college.

Behind Corbin and Webb is a lot of raw, unproven talent. The Seminoles have nothing but depth in redshirt junior Deonte Sheffield and true freshmen Lawrance Toafili, Ja’Khi Douglas, and Corey Wren. Toafili had an especially strong camp, so he will likely sneak into the rotation as the season progresses.

The wide receiver position is easily the deepest and most talented position on the FSU offense. This group’s unique blend of speed, size, and athleticism will be a nightmare for opposing defensive backs.

Redshirt junior Tamorrion Terry sits atop the depth chart. After impressing during his redshirt freshman season, he posted 1,188 yards on 60 receptions in 2019, taking nine of those grabs to the end zone.

Terry is easily the best player on offense coming into 2020, and will likely be what the offensive scheme is built around. His main flaw in 2019 was consistently catching the ball, but that has been a point of emphasis for him in the offseason. Behind Terry is Ontaria Wilson. The former track standout has the speed and hands to complement Terry extremely well.

On the opposite side of the field is redshirt sophomore Warren Thompson. Thompson has impressed enough in fall camp to earn a role in the starting lineup. The lengthy receiver averaged 15.2 yards per catch in limited playing time in 2019.

Rotating in with Thompson is redshirt sophomore Jordan Young. The coaching staff likes Young’s size and athleticism, and if he can stay consistent, he could become a starter by the end of the season.

Another player to watch out wide is junior Keyshawn Helton. Helton’s 2019 season was cut short by a knee injury, but he has made incredible progress in the offseason. He started slow in fall camp, but showed out late to earn a starting spot.

The speedy receiver has a second gear when he finds space, and has shown he can be a match-up nightmare. Rotating behind him is true freshman Kentron Poitier. Norvell spoke highly of Poitier in the offseason, saying his progress has been “phenomenal”.

The tight end room is a huge question mark coming into 2020. Norvell’s offense relies on its tight ends, but the current roster lacks experience and depth. The Noles nabbed UCLA transfer Jordan Wilson to help, but his season was over before it began due to a lower-leg injury.

With Wilson out, junior Camren McDonald has earned the start. McDonald has primarily played a utility role so far, but could be a big-time weapon for the FSU offense. He is a consistent catcher, highly athletic, and possesses the size to be a great tight end in Norvell’s system.

Behind McDonald is quarterback convert Wyatt Rector. The redshirt sophomore will primarily function as a blocker and could find some space in the backfield in goal line and short-yardage situations.

Walk-on Preston Daniel should see the field as well. He has mostly seen action with the special teams unit so far, and will likely continue to block for kick and punt returns. 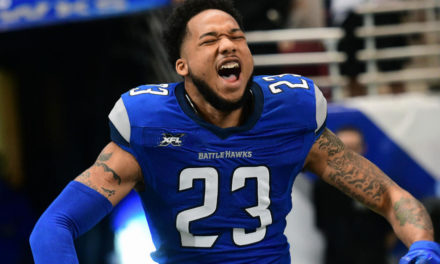 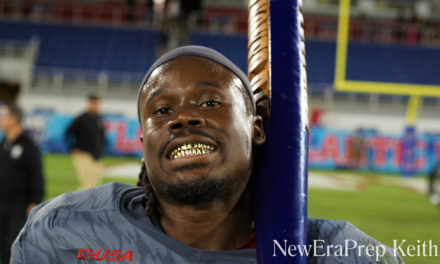 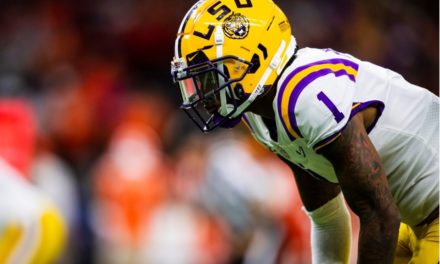 Never take a win over UF for granted