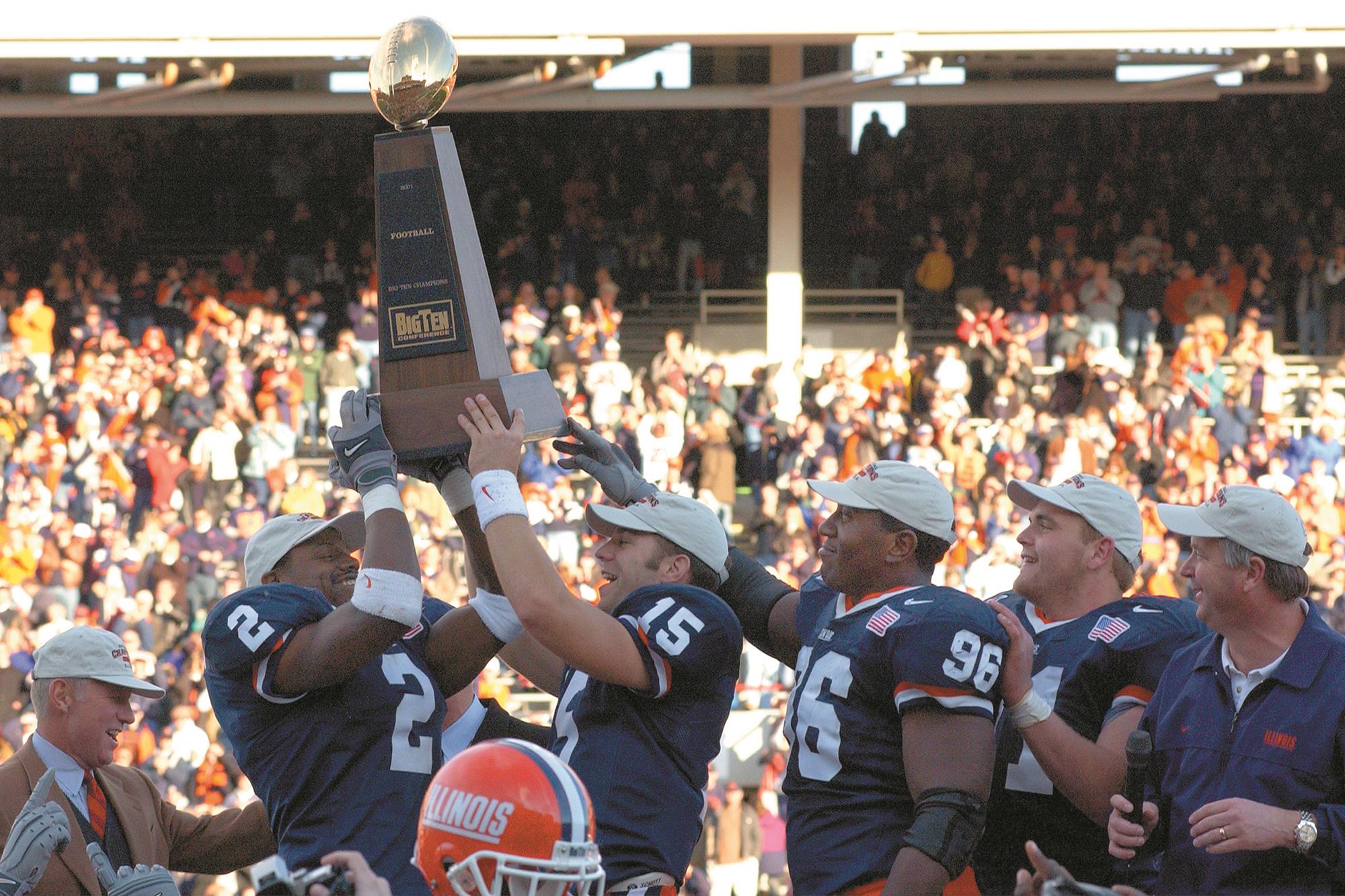 National champions are rarely forgotten, but for some schools, conference titles mean the world.

In this piece, we’ll be going to the not-so-distant past to remember some champions that many may have forgotten. From 1998 to 2013, college football adopted the Bowl Championship Series format.

The BCS was created to match a true No. 1 vs. No. 2 for the national championship. Outside of the title game, champions from the six major conferences were given an automatic bid to a BCS bowl. Those conferences are the current Power 5 and the now defunct Big East.

You may have not remember these champions, but for their fans, these are teams that will live in program lore. Here’s a look back at five forgotten champions of the BCS era:

Record: 8-4 (6-2 Big Ten), lost to Washington in Rose Bowl, 34-24
Final Ranking: No. 13 AP; No. 13 Coaches
Key Players: Drew Brees, QB; Matt Light, T; Akin Ayodele, DE
Overview: Purdue All-American quarterback Drew Brees led Joe Tiller’s high-octane offense in a spread system that was largely before its time. The Boilermakers finished in a 3-way tie atop the Big Ten standings, but won tiebreakers over Michigan and Northwestern as a result of back-to-back wins over the two. In its first Rose Bowl appearance since 1966, Purdue was outlasted by Washington.

Record: 10-2 (7-1 ACC), lost to Florida in Orange Bowl, 56-23
Final Ranking: No. 11 AP; No. 10 Coaches
Key Players: Bruce Perry, RB; E.J. Henderson, LB; Tony Okanlawon, CB
Overview: Florida State won the ACC in each of its first nine years as a member from 1992 to 2000. The team to end the streak? Maryland. Under first-year head coach Ralph Friedgen, the Terrapins enjoyed their first 10-win season in a quarter century. The only regular season loss that year came to Florida State, but the Terrapins finished a game better than the Seminoles in conference. 2001 would be the first of three straight 10-win seasons for the Terrapins.

Record: 8-4 (4-2 Big East), lost to Utah in Fiesta Bowl, 35-7
Final Ranking: No. 25 AP
Key Players: Tyler Palko, QB; Greg Lee, WR; H.B. Blades, LB
Overview: In two decades as a member of the Big East, Pittsburgh won the conference just once. The Panthers finished in a 4-way tie for the conference crown in 2004, but 3-point wins over Boston College and West Virginia propelled Pitt to its only BCS berth. Five of Pittsburgh’s eight wins that season came by five points or less. The Panthers were ultimately no match for Urban Meyer’s undefeated Utah team in the Fiesta Bowl.

Record: 11-3 (6-2 ACC), lost to Louisville in Orange Bowl, 24-13
Final Ranking: No. 18 AP; No. 17 Coaches
Key Players: Steve Justice, C; Jon Abbate, LB; Josh Gattis, S
Overview: After three straight losing seasons, Jim Grobe’s Wake Forest team shocked the world by winning the ACC in 2006. Four of the six ACC wins for the Demon Deacons during the regular season came by seven points or less. The highlight of the outstanding campaign was a 30-0 beatdown of Florida State in Tallahassee. In the ACC Championship, Wake Forest needed three Sam Swank field goals to down Georgia Tech, 9-6. The 11 wins in 2006 remains a school record and serves as the only 10-win season in program history.