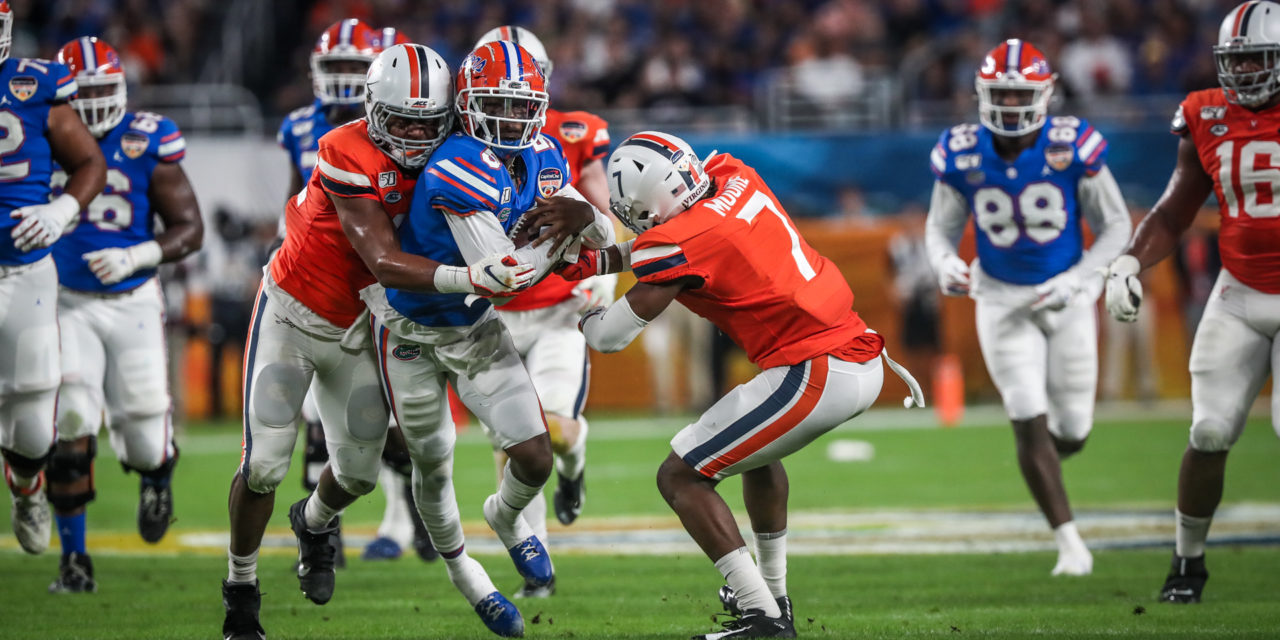 It won’t be long until college football fans turn their attention to National Signing Day and spring practice, but the 2019 season ended with an interesting slate of games.

Although it wasn’t the most anticipated of bowls, Florida managed to outlast Virginia on Dec. 30 in a somewhat competitive Orange Bowl, 36-28. It was the second straight New Year’s Six win for Florida, but fans of both teams can come away knowing their programs are heading in the right direction.

Florida tallied nearly 550 yards of offense, but putting Virginia away was no small task. Behind 323 yards passing and four touchdowns from quarterback Bryce Perkins, the Cavaliers twice pulled to within one score in the final quarter but couldn’t get over the hump.

Quarterback Kyle Trask passed for 305 yards in the win. In his final game as a Gator, running back Lamical Perine accounted for 181 yards from scrimmage and three total touchdowns on just 18 touches. The Gators recovered a Virginia onside kick in the game’s final minute to seal the win.

Entering 2019, optimism was high for Florida. The Gators finished 2018 strong and were coming off their first major bowl win since 2009 and first AP top-10 finish since 2012.

Fresh off a 10-3 season that culminated in a Peach Bowl beatdown of Michigan, expectations were high in 2019. Florida was ranked in the preseason top 10, but things didn’t come easy early.

Florida struggled to defeat Miami in the opener in Orlando, 24-20. In the SEC opener however, it looked like an injury may do in Florida’s season.

After showing drastic improvement in 2018, quarterback Feleipe Franks went down with a season-ending injury against Kentucky on Sept. 14. In that contest, Florida trailed 21-10 early in the fourth quarter. Enter Kyle Trask.

Behind Trask, Florida would outscore the Wildcats 19-0 in the fourth quarter and go on to have a special season. Trask would go on to finish 15th nationally in passer rating as the Gators finished 11-2 and No. 6 in the country.

In the process, Florida knocked off a top-10 Auburn team, Florida State for a second straight season and Virginia in the Orange Bowl. The lone two losses came to Georgia and eventual national champion LSU. Both contests were competitive.

Against LSU on Oct. 12, the Gators led 28-21 in the second half in an eventual 42-28 loss. In the fourth quarter, Florida twice marched into the LSU red zone, only to come away with no points. Against Georgia on Nov. 2, Florida scored a pair of touchdowns in the final quarter to pull within a touchdown before falling 24-17.

The 11 wins was the most for Florida since 2009 — Tim Tebow’s final year on campus. Seven of the 11 wins for the Gators came against teams with enough wins to qualify for bowl-eligibility.

Virginia finished the 2019 season with a record of 9-5, but accomplished things not seen in Charlottesville in a long time.

The Cavaliers finished one win shy of a school-record. In the process, they became the seventh team in as many years to win the ACC Coastal division. Virginia was no match for Clemson in the ACC Championship, but the season was a special one nonetheless.

The midseason loss of safety Bryce Hall served as a huge blow to Virginia, but the Cavaliers marched on with wins over Pittsburgh, North Carolina and Florida State among others. As they arrived in Charlottesville on the day after Thanksgiving, a rivalry victory was all that stood in the way of Virginia and a first trip to the ACC Championship.

Virginia had lost 15 straight to the rival Hokies as the teams met in a de facto ACC semifinal. Virginia Tech took a 27-20 lead into the final quarter, but with 83 seconds remaining, Brian Delaney’s field goal put Virginia ahead for good.

The Cavaliers sealed the win when Mandy Alonso sacked Virginia Tech’s Hendon Hooker, forcing the ball to roll into the end zone. Recovering in the end zone for the Cavaliers was Eli Hanback for the sealing touchdown in a 39-30 victory.

Virginia finished ranked 25th in the final Amway Coaches Poll. Although it was nowhere to be found in the AP Poll, it was the first top-25 finish for the Cavaliers since 2004 under Al Groh.

After a 1,000-yard season, Virginia will return wide receiver Hasise Dubois, who didn’t have a single drop. Running back Wayne Taulapapa is also set to return after rushing for a team-high 12 touchdowns. Replacing Hall and sacks leader Jordan Mack will be tall tasks defensively.

In 2020, Virginia will be tested right out of the gate with Georgia in Atlanta. The Cavaliers will have to travel to Clemson and Virginia Tech in 2020. They’ll get North Carolina, Louisville, Miami and Pittsburgh at home.

Florida will look to take the next step in 2020 after going from four wins to 10 to 11 in 2019. Among the four SEC teams to finish in the top 10 this past season, the Gators are the only team that will return their starting quarterback. Emory Jones, however, is expected to push Trask for his job.

The non-conference schedule isn’t daunting as Florida travels to Florida State for the regular season finale. In the SEC, Florida will host Kentucky and LSU and get Georgia in Jacksonville. Notable SEC road contests include trips to Tennessee and Ole Miss.

Under their current head coaches — Dan Mullen for Florida and Mendenhall for Virginia — both schools have improved their win totals each season. Doing that again in 2020 won’t be easy, but it is a sign that both programs are heading in the right direction. 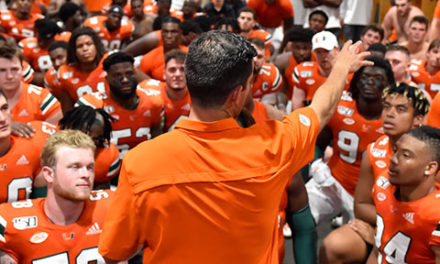 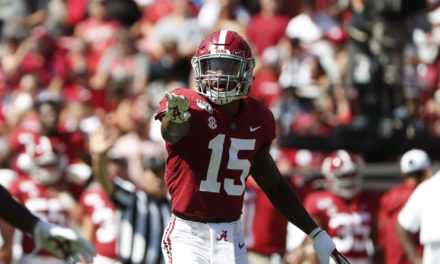 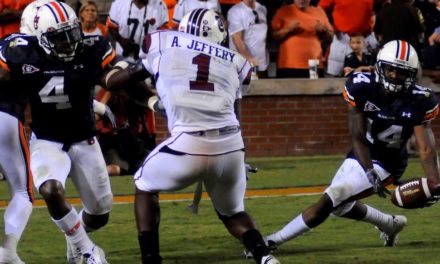