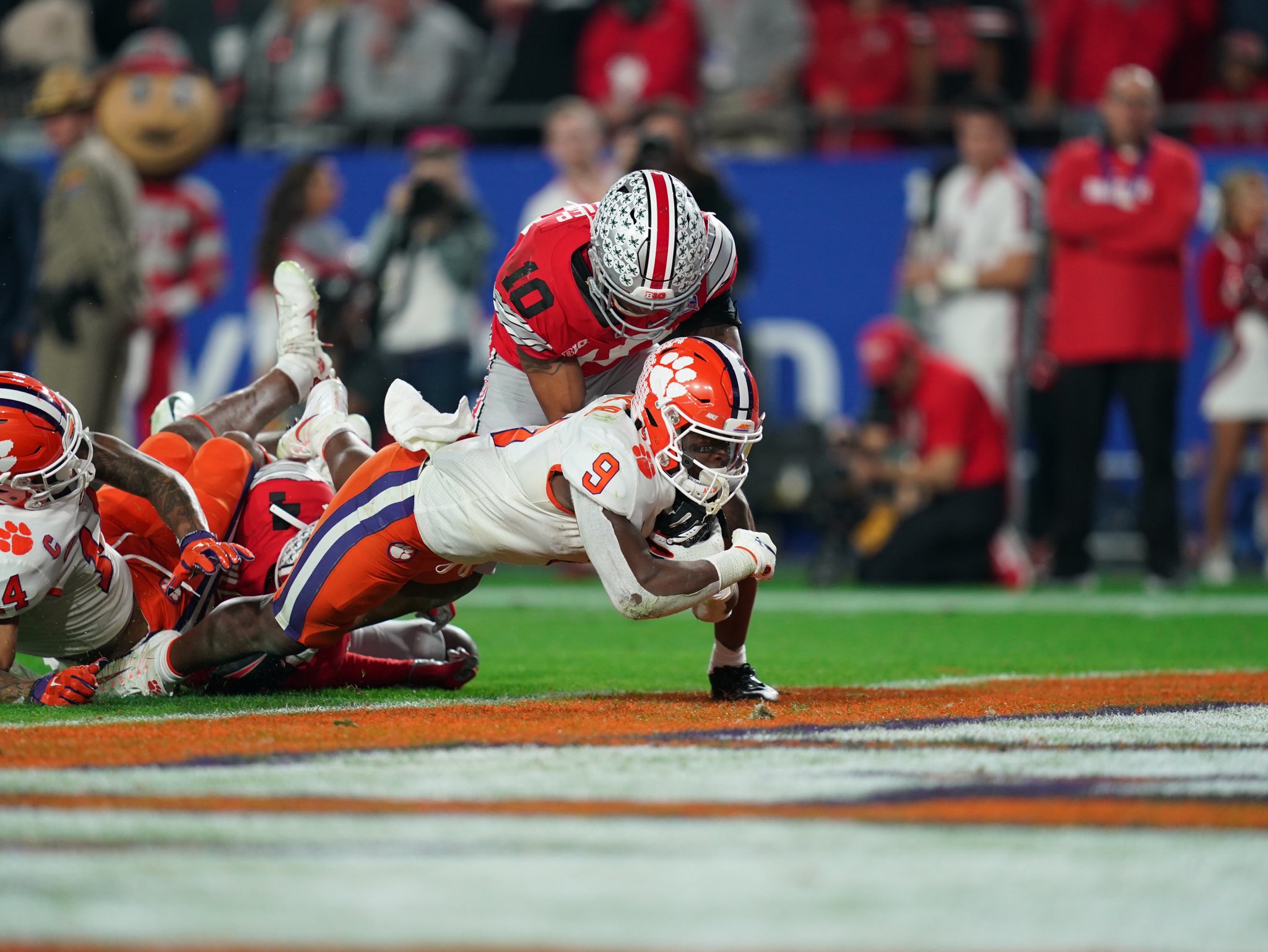 Clemson was unable to become FBS’ first repeat national champion since 2012 as it fell to LSU on Jan. 13 in New Orleans, 42-25.

Although the Tigers were no match for LSU in New Orleans, getting to four title games in five years is nothing short of impressive. While the ACC may have been maligned in 2019, Clemson managed to rise to the occasion on grand stages.

The meeting was just the fourth ever between Clemson and Ohio State. Although the meetings are few, Clemson has been a somewhat historical thorn in Ohio State’s side.

The Curse of the Tiger

Since 2009, Ohio State has played in a major bowl game 10 times. In those games, the Buckeyes are 7-3. All three losses have come to Clemson.

The first instance was the Orange Bowl to cap the 2013 season. The Buckeyes had won their first 24 games under head coach Urban Meyer, but watched their national championship aspirations go by the wayside with a 34-24 loss to Michigan State in the Big Ten Championship. Ohio State was forced to settle for an Orange Bowl date with Clemson.

Clemson would come away with a 40-35 victory in a contest where the lead changed four times in the second half. Clemson quarterback Tajh Boyd accounted for more than 500 yards and six total touchdowns. Sammy Watkins caught 16 passes for 227 yards and two scores in the victory.

The winning touchdown came with more than six minutes to play as Boyd found tight end Stanton Seckinger for a 5-yard touchdown. Clemson linebacker Stephone Anthony sealed the victory with an interception of Ohio State quarterback Braxton Miller with just more than a minute remaining.

The other two losses to Clemson in major bowls came in the Fiesta Bowl as part of the College Football Playoff. One of those ended in embarrassment. The other ended in heartbreak.

Despite falling to eventual Big Ten champion Penn State, the Buckeyes were awarded a playoff berth in 2016. Against a Clemson team that would go on to win the national title, Ohio State was no match.

On New Year’s Eve 2016, Ohio State could muster only 215 yards of offense and nine first downs in a 31-0 loss. Clemson quarterback Deshaun Watson accounted for three total touchdowns in the win. The loss served as Ohio State’s first defeat by way of shutout since the 1993 regular season finale — a 28-0 loss at rival Michigan.

In this past season’s Fiesta Bowl, the Buckeyes dealt with heartbreak. After racing to a 16-0 lead, Ohio State watched Clemson respond with 21 straight points. The Buckeyes managed to regain the lead with less than 12 minutes to play when quarterback Justin Fields found Chris Olave for a 23-yard touchdown.

With just over three minutes to play, Ohio State nursing a 23-21 lead and Clemson backed up to its own 6-yard-line, the Buckeyes needed just one stop to advance. Clemson quarterback Trevor Lawrence proceeded to march the Tigers 94 yards in just four plays. His 34-yard touchdown pass to Travis Etienne with less than two minutes remaining served as the game-winner.

Ohio State would march inside Clemson’s 25-yard-line on the team’s final drive. Unfortunately for Ohio State, Fields was intercepted in the end zone by Clemson safety Nolan Turner to seal the victory.

Prior to the final season of the BCS, Ohio State and Clemson had met just once — in the 1978 Gator Bowl. That was a memorable contest, but for all the wrong reasons.

Clemson came away with a 17-15 victory, but that wasn’t the headline. The Tigers took a 17-9 lead into the final quarter before Ohio State quarterback Art Schlichter scored his second touchdown of the game midway through the final period. Schlichter tried to run in the tying 2-point conversion, but was stopped just short.

Down to his last chance, Schlichter was intercepted by Clemson’s Charlie Bauman. The interception sealed the Tigers’ victory, but as he made his way toward the Ohio State sideline at the end of the play, Bauman was grabbed and punched by Buckeyes’ head coach Woody Hayes. Hayes ignited tensions in what would be the final game of his legendary career.

In 28 seasons at Ohio State, Hayes won more than 200 games and five national championships. The incident late in the contest would ultimately lead to Hayes’ dismissal. It would be 24 years later before the Buckeyes won their next national title.

With just four meetings in more than four decades, Clemson and Ohio State are hardly rivals. What Clemson has done however, is play an important role in some of the less pleasing parts of Ohio State’s history.

The Tigers handed Ryan Day his first loss as Ohio State head coach and Woody Hayes his last. It’s also conceivable that the Buckeyes could have two more national championships had Clemson not stood in the way.